Study Posits Hell On Way Out

Study Posits Hell On Way Out

The October 26th issue of Christianity Today and the November issue of Christian Herald both contain articles reflecting on a statement produced by an official study committee of the United Church of Canada which “discards eternal punishment, revises the doctrine of hell, holds out hope for the ultimate salvation of all men, approves prayers for the dead, and teaches that Christ’s second-coming need not occur in a ‘physical manner’.”

The Executive of the General Council of the above mentioned Church gave general approval and commends the 118 page statement as “worthy of study in the church.”

The Christian Herald believes the statement “is enough to stoke up a substantial amount of discussion.” While Christianity Today tells us “The report has provoked much criticism.” The United Church of Canada is that country’s largest Protestant body.

We quote from the report given in the Christian Herald the following:

“Admitting that the book contains ‘beliefs that may seem new and dangerous to many people,’ the authors go on to declare that hell need not last forever; that there is a second chance at salvation after death; that prayers of the living may help the dead. The next world is not two vastly different and wholly separated conditions or places called heaven and hell, but could be thought of ‘as one world which is heaven and hell according to the soul’s level of spiritual growth,’ they suggest.

“‘We have no right to interpret hell as the place of everlasting fiery torment. Hell is to be without God and without the fellowship of those who love Him. Hell is a state of infinite loneliness, desperate deprivation and final frustration. We cannot conceive at all of everlasting physical torment in fire. We can conceive of torment in the fires of shame and remorse— though we cannot see how the repentance that would be involved in this state of mind could fail to lead to salvation.’ Doubting that the dead are so suddenly transformed at death as to put them beyond all need of grace or prayers, the authors say, ‘We believe that serious and sympathetic consideration should be given to the point of view of those who believe in prayer for the dead’.”

The article in Christianity Today has seen, and correctly so, that “The study deprives Scripture of revelation-status.” We agree also with the last paragraph in the above mentioned article where the author writes: “Instead of being sent to the churches, the study might better have been returned to committee for more searching of Scripture and less exchange of opinion.” But, there again, even this would not help when God’s Word is no longer divine revelation. 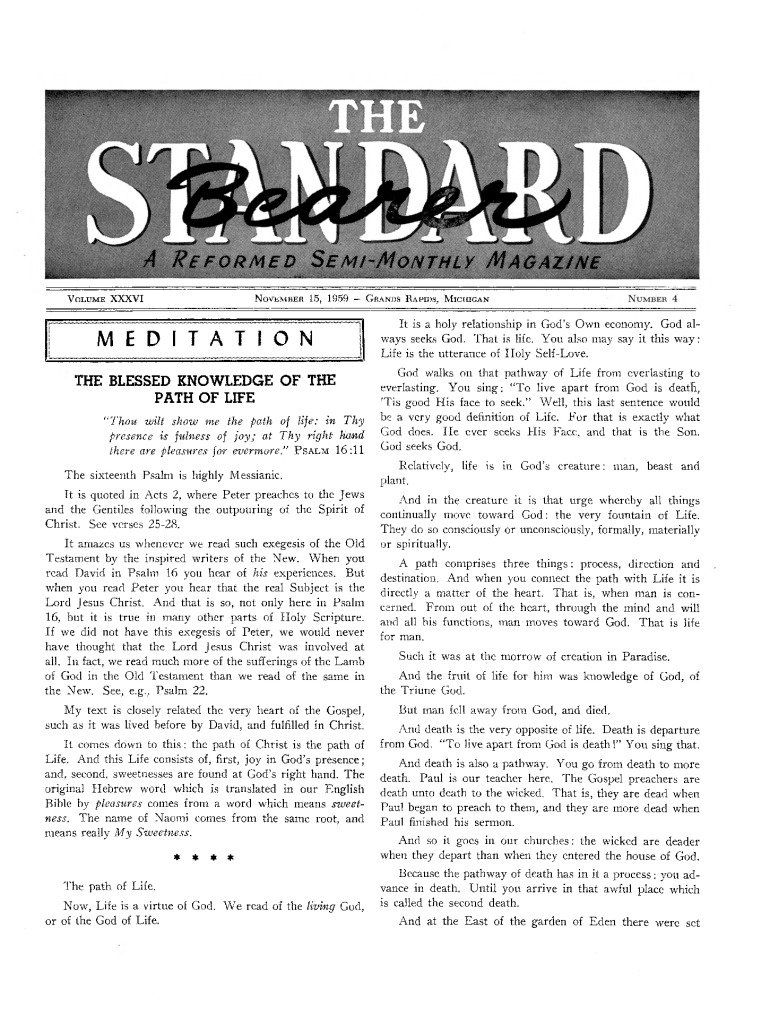