The title is taken from Joseph’s words to his brothers in Genesis 50:20 concerning their wickedness in selling him into Egypt, “Ye thought evil against me; but God meant it unto good.” The book explains Genesis 37-50 rightly as covenant history, not merely the history of the vicissitudes and eventual success of Joseph. In this connection, the author corrects the common misinterpretation of the history that regards Joseph as the type of Christ and the central figure:

Occasional attempts have been made to compare Joseph with the Messiah, as if Jacob’s favorite was the forerunner of Christ in this account…. Such interpretation may not fail to do justice to Judah. All Israel served with messianic overtones, but not at the expense of the main figure in the fourth generation, i.e., Judah (p. 60).

Although Hoogsteen does not use the term, he teaches that God keeps His covenant unconditionally: “Despite all the acts of faithlessness on the part of the early covenant people the Lord God sovereignly controlled the situation as the One faithful to his promise” (p. 25). Is there any other possible explanation of Genesis 37-50? Hoogsteen also affirms the absolute sovereignty of the God of Jacob, Judah, and Joseph in history:

The Pharaoh, with the whole Egyptian population, believed that he ruled absolutely. Not so. That unconditional sovereignty belongs to God only, as the covenant Lord. And he gave Pharaoh a lesson in world politics (p. 42).

Throughout, there is application of the history to the church today, particularly to her struggle with doubt in the face of adversity: “As in the world at large, fear suffuses also the Church, a contagious mass infection of doubt that God no longer regulates history” (p. 22).

Hoogsteen is mistaken in his severe condemnation of the early Joseph — the Joseph of the dreams about his family, the reports about his wicked brothers, and the coat of many colors: arrogant (“overweening in pride”); power-seeker; braggart; conceited; avaricious; and a tale-bearer (pp. 24, 25, 32, 37). On Hoogsteen’s view, Joseph was worse than his brothers.

In fact, none of these actions of Joseph was sinful. All were holy. God gave him the prophetic dreams; Joseph had to prophesy. A child ought to report his brothers’ wicked lives to his parents; otherwise, he connives at their sins. If there was any folly in the coat, it was that of Jacob who gave it to Joseph. Scripture never fastens any blame on the young man Joseph. Joseph is the outstanding instance of the covenant young person who can and does live a godly life, in his youth, by the power of covenant grace.

Hoogsteen’s surprising censure of the godly Joseph detracts from the truth expressed in Genesis 50:20, and from the comfort of the church implied in the text, for in this case it is perfectly understandable that a very wicked Joseph should be sorely chastised for his evils.

It is evidently an error on page 83, that Reuben’s two oldest sons were killed. The reference to Genesis 38:7, 10 shows that Judah’s sons are meant.

The Cambridge Platform: A Platform of Church Discipline Gathered Out of the Word of God; and agreed upon by the Elders and Messengers of the Churches Assembled in the Synod at Cambridge in New England To be presented to the Churches and General Court for their consideration and acceptance in the Lord (A New Edition of the Historic Puritan Congregational Church Order), ed. Darrell Todd Maurina. Lawrence, MI: The Reformed Tract Publication Committee, 3rd corrected printing, 1993. xiv + 57 pp. $12 (paper). [Reviewed by the editor.]

The justification for this expensive booklet is that it is the first reprinting of an important Congregational church order in modern typography. Darrell Todd Maurina has edited the text by comparing several modern printings of the Cambridge Platform (hereafter CP), so that he is confident that this is “the most accurate of all the editions as well as the most readily useable by nonspecialists” (p. xiv).

The CP is the book of church order drawn up in New England in 1648 by leaders of the Congregational churches. It represents their deliberate rejection of the Presbyterian polity that had just been set forth at the Westminster Assembly in “The Form of Presbyterial Church Government” and in the Westminster Confession of Faith.

In 17 chapters, each of which consists of several articles, the CP treats of the various aspects of the government, order, and discipline of the church. The opening chapters are devoted to Congregational ecclesiology.

It is the differences of Congregational church polity from Presbyterian polity that concern Reformed believers today, as they are the reason for this publication of the CP.

The CP obviously differs from Presbyterian church polity in that it repudiates the authority of major assemblies over the local church: “(It does not belong to synods to) exercise … any … act of church authority or jurisdiction” (16.4).

Less obviously but equally effectively, it differs from Presbyterian polity also by compromising the rule of the local congregation by a body of elders. The CP allows for churches without elders (9.3,4,5); permits the congregation to depose their elders (8.7; 10.6); and goes so far as to assert that “a company of professed believers ecclesiastically confederate” is a church “before they have officers, and without them” (10.2). In this context, the CP declares that the government of the church in part “resembles a democracy” (10.3).

It is not surprising that, as Maurina observes in his preface, many Congregational churches soon did away with elders.

The editor also candidly notes that the result of the rejection of an authoritative synod by the CP is that there is no solution in Congregationalism for the problem of division in the local church between the eldership and the membership of the congregation.

Of more impact was the question of what to do when the elders and congregation disagreed about a church act and could not come to agreement. Fifty years after the Cambridge Platform was adopted, the question was still a live issue. The New Haven (Connecticut) County Association was only willing to consent to the later Saybrook Platform if it was understood that “if the Majority of the Brethren don’t consent, the Elders can’t proceed to act: If the Elders can’t consent, the Fraternity can’t proceed; in which Case, it is proper to seek Council” (p. xi).

This “Council,” it must be remembered, to which the divided church turns in desperation, has no authority.

Editor Maurina is mistaken, therefore, when he advertises this new edition of the CP by suggesting that “Presbyterian readers of the Cambridge Platform are likely to find their stereotypes of Congregationalism to be severely challenged” (p. ix). On the contrary, Presbyterian and Reformed readers of the CP will find their sober assessments of Congregationalism solidly confirmed. Congregationalism denies the Kingship of Christ over the church in its two basic respects: rule over the congregation by a body of elders and authority over the united congregations in prescribed areas by an authoritative synod. It denies this Kingship in its foundational document.

The CP is not a Reformed option, but another system of church government.

Cambridge lies over against Dordt and the London of the Westminster Assembly. 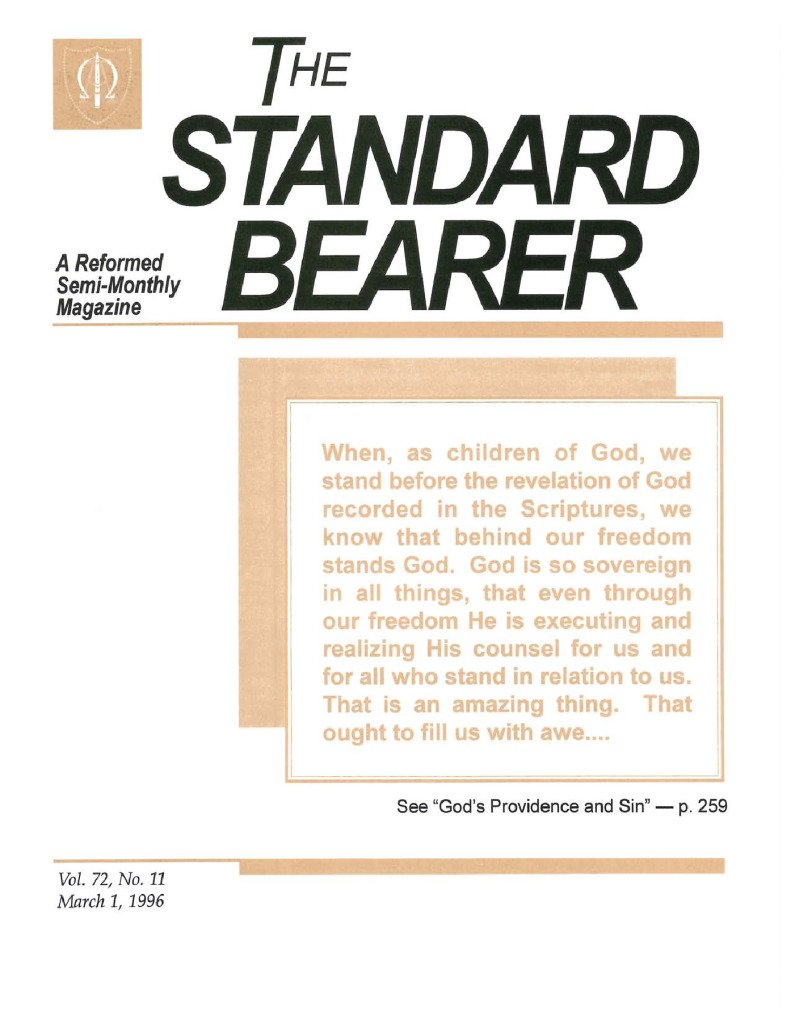