The purpose of this book is described in the Foreword and is at the same time an early indication of what the contents of the book will be:

This book is an attempt by several scientists, working in different scientific fields, to relate their scientific work to their Christian faith. For them the encounter between faith and science is not a subject of academic interest, but they live it in their daily lives.

The authors show that their science and their faith do not battle against each other, but that they mutually enrich and complement each other. The harmony thus achieved is not attained by rejecting major parts of the Christian doctrine or the scientific endeavor, but by accepting the basic tenets of Christianity and by keeping an open attitude to all aspects of science.

Perhaps somewhat unwittingly the editor of the book tips his hand in the first chapter on “The Nature of Science” when he writes:

In other words, science is neutral. And this neutrality of science is developed in terms of an autonomy of science in a certain sense, an autonomy which gives to science an independent place along side of Scripture. It is not difficult to envision what consequences this position has.

Scientifically the various authors set themselves squarely in the stream of evolutionism, although they adopt a certain “theistic evolution.” Theologically, the book is far from satisfactory. The death of Christ is defined as being an evidence of God’s willingness for reconciliation. The whole concept of satisfaction is rejected. A basically materialistic view of man pervades the book. (cf. e.g., p. 80.) A “Sitz im leben” view of inspiration is adopted with respect to the Scriptures: “revelational content” is the only thing which counts. (pp. 95ff.)

It would be well for ministers and teaches to purchase this book and study it carefully. Not because it of its positive value in the field of the relation between science and Scripture. But because it represents the latest in the thinking of “theistic evolutionists” and it gives the philosophical and theological basis for “theistic evolution.” An examination of this basis will show how wrong the basis is and on what false grounds the whole system of theistic evolution is built.

In this short book Rev. Hendriksen develops proof for. the Jews’ responsibility of crucifying Jesus; he includes a refutation of premillennialism in relation to modern-day Israel; he discusses briefly the place of the Jews in the New Dispensation especially as this problem is discussed in Romans 9-11. While the answers which Hendriksen gives are generally sound, the book is too brief to be of much value. This important subject and the exegesis of Romans 9-11 are too detailed to be encompassed within the scope of 63 short pages. Far better it would have been to develop the ideas of the book more extensively before the material was rushed into print. The book gives evidence of having been hastily thrown together.

The contents of this paperback were originally presented as a series of articles in The Banner. The book is a brief discussion of the contents of the historic Canons of Dordt. While usually our own ministers prepare their material if the Canons are being discussed in Society or in Catechism, this book could serve as a compendium. However, one will have to be prepared for an introduction into the discussion of the author’s total commitment to the theory of common grace. There is much space given to a defense of common grace, untotal total depravity and the well-meant offer of grace. In connection with the latter, it is too bad that the author quotes more extensively from John Murray, Ned Stonehouse, Alexander De Jong and others than he does from the Canons themselves.

One serious weakness of the construction of the book is that other writers are often quoted without any reference to the work being quoted from. 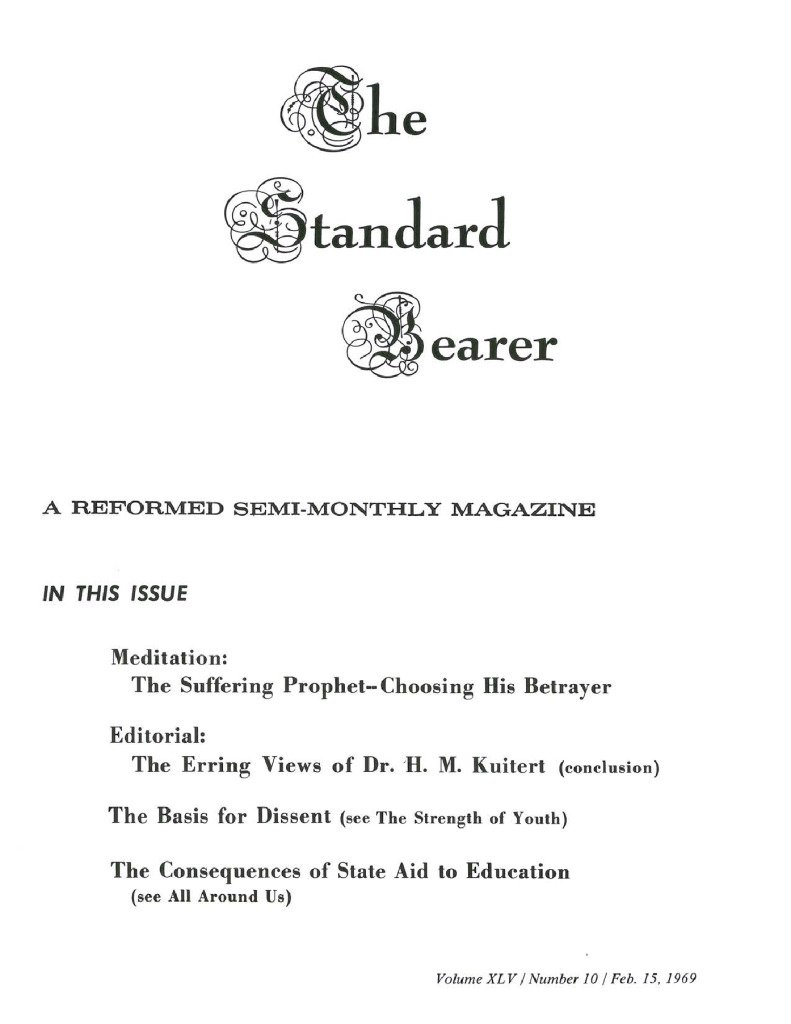