Women in Office: the CRC and its Y2K Problem

Almost five years ago the synod (1995) of the Christian Reformed Church gave the classes of that denomination the option to declare the word “male” inoperative in their Church Order. It represented a kind of “end run” around the requirements of the Church Order. This opened the way for women to serve in the ministry (or as elders and deacons). This could be done, however, only in those classes which decided to mutilate the Church Order as the synod allowed.

The same synod decided that this issue could not be brought back again to synod until the year 2000. In the meantime, women could be placed in office. Some limitations were made with respect to their serving on synodical committees (for fear of causing too much offense to the objectors).

At the 1998 synod, a committee was appointed to review the entire situation, survey the churches to determine the mind of the people, and report to synod 2000.

So the synod of 2000 will be facing its own Y2K problem next June.

The Christian Renewal, December 13, 1999, has an evaluation of the situation by William H. Kooienga, pastor of the First CRC, Thunder Bay, ON. His report states:

The committee surveyed congregations and classes to determine the impact of the ’95 decision, that infamous decision allowing classes to declare the word “male” in the church order inoperable. The fruits of the committee’s work were to be presented to the congregations by November 1, 1999.

The report spends a few pages analyzing the responses to the survey questions which are included in an appendix. It then gives two contrasting perspectives on women in the offices of elder, minister and evangelist. It expends a good deal of energy promoting unity in the denomination. The authors also urge upon the churches the use of women’s gifts. The report concludes with certain recommendations. The report recommends an extension of the synod of 95’s decision with modifications: five more years of the inoperable “male” word, five more years of limits on the discussion of the matter of women in office along with some incremental changes allowing women to serve as synodical deputies, advisors to synod (seven in number) and as pastors of churches, even (with some limitations) in classes that refuse to render the word “male” inoperable.

The page numbering of the report tells a story. Six pages present the case for closing the offices to women. Nine pages argue for opening the offices to women. Eight pages are given over to exhortations to unity. The conclusions essentially accept the pro-women-in-office argument and deny the case that argues against it. Although it tries to retain the idea that two contradictory Biblical positions are possible on the issue, the report undermines that thesis by its attempt to further open the offices.

The evaluation of Kooienga continues. He presents a summary of the report’s presentation of the pro and con of the women-in-office issue. He points out that the emphasis of the report is on unity—unity based upon “wisdom.” He states:

The authors of the report insist that this is not a confessional matter. They admit that women-in-office is not adiaphora. Yet, salvation doesn’t hinge on this issue, they claim. They call it a wisdom matter. Wisdom is not only needed when dealing with others who differ, but wisdom becomes a category alongside the doctrinal, moral and disputable issues. Since it is a wisdom issue, it cannot be in the category of a doctrinal matter, nor can it be a moral issue and it should not be considered a disputable concern. Calling the problem a wisdom issue is an attempt to defuse the charge that those on one side of this issue must be disobeying the will of the Lord and that such disobedience is always a moral issue. Seeing the issue as a wisdom issue also allows us to set aside conscience. That we need no longer be conscience bound by the teaching of the Bible on this issue is also the hope of the authors.

Kooienga continues by pointing out the many flaws in this “unity” argument. He then concludes:

Meaningful discussion has not occurred in the past five years nor, by some standards, in too many of the past thirty years. The committee admits that discussions have been limited by the decision of ’95 but proposes at least three and maybe five more years of a similar restriction. That, I suggest, means more years in which raising the office issue will be seen as an attack on our supposed unity.

The survey provides little hope for a meaningful discussion of the big issues. The majority of congregations and classes are said to be weary of discussing the issue and want to get on with so-called important matters. “Eighteen percent of the respondents said that synod should return to the 1994 decision…. Sixteen percent favored opening all the offices to women…. In between these positions, sixty-six percent called for maintaining the options defined in 1995 and possibly moving ahead slowly as the best way to maintain the unity of the church.”

The committee chose the middle way, probably guided by the results of their survey. I think that in spite of overtures from congregations urging a different direction, the committee proposals will prevail and the denomination will, in its cautious manner, slide incrementally toward opening all the offices to women with full privileges. We will probably at some point also claim that there were not two biblical positions on the issue after all. We will say that the Bible, assisted by our insights, is clear enough on the issue and that refusing to support women-in-office is contrary to the wisdom of the church.

Kooienga raises some valid points and, I am convinced, will be proven accurate in his predictions. The moratorium on discussion will be continued. The permission to set aside the “male” statement of the church order will be extended. Indeed, it appears as though all wisdom resides in the current generation—and the church erred in the matter for the past 1950 years!

The New Millennium: Admissions and Forecasts

At the end of each year it is normal to read in newspapers and magazines the forecasts for the coming year. This year was very unusual. There was the end of a decade, the end of a century, and the end of a millennium. Forecasts, therefore, are being made not only for the coming year, but the century and millennium ahead of us. What will this look like? What changes can we expect? The child of God derives his “forecasts” from Scripture. The world presents forecasts based on its own philosophies. It is remarkable, though, how one can recognize some of the prophecies of Scripture being fulfilled in the way of man’s development.

Newsweek, January 1, 2000, presents some of its own comments and forecasts. It is striking that one of the articles speaks of inventions and its effect on the sexual lives of people in the future. In that connection, an interesting (and true) observation is made:

All the communication technologies we’ve ever invented—the telephone, movies, the Internet—have eventually been used in the service of lust. Tomorrow’s advanced technologies will be no different….

We could have known this all along. Sometimes we close our eyes to the fact. We can easily go along with the technologies and the evil use—because everyone does. Yet we ought to recognize that we are being led, step-by-step, to see and enjoy the “lusts of the flesh.” It is Satan’s attempt to turn us from the cross and the glory of the heavenly.

Another article indicates that we have begun what might be called the fourth revolution in medicine. The first was the discovery in 1854 that cholera is spread by contaminated water. The result was that sanitation protected people from infectious diseases. The second was surgery with anesthesia. The third was the introduction of vaccines and antibiotics. Now the fourth is near: genetic engineering. There will be, it is claimed, a gene-based therapy for most diseases within thirty years. But the same author fears that this might also involve gene manipulation so that there are changes in one’s abilities, intelligence, appearance, etc. Man will be “as God,” to determine what the generations will look like. He might, of course, “invent” new diseases also which devastate mankind.

It does appear, then, that man is at the verge of eradicating death or at least of extending life far beyond the 80 years “if strength be great.”

There will also be, so is the claim, “computers that enfold you, like a second skin. Rooms that come alive with sensors, cameras and embedded chips, allowing them to “know” you and adjust to your preferences when you arrive….” The article continues:

In their view (the “digerati”), computing will, by the year 2005, shift decisively from domination by the personal computer to reliance on a variety of “information appliances.” At first most of these devices will be handheld: Web-ready telephones and palmtops, for example. Increasingly, though, they will be embedded in the background in ways almost invisible to us. Wearable computers will arrive soon after, though it will take some time to make them small and light enough to actually embed them in clothing. Cameras will be everywhere, feeding visual data to the Internet, and some researchers believe that by 2020 we will be on camera nearly nonstop.

Sounds much like the age of the beast and his image of Revelation 13. What seemed for centuries to be a fantastic vision, now is within the realm of possibility. There will be the requirement to worship the beast—and there will be the means to know if one does or does not. Surely the time of Christ’s return must then be at hand. 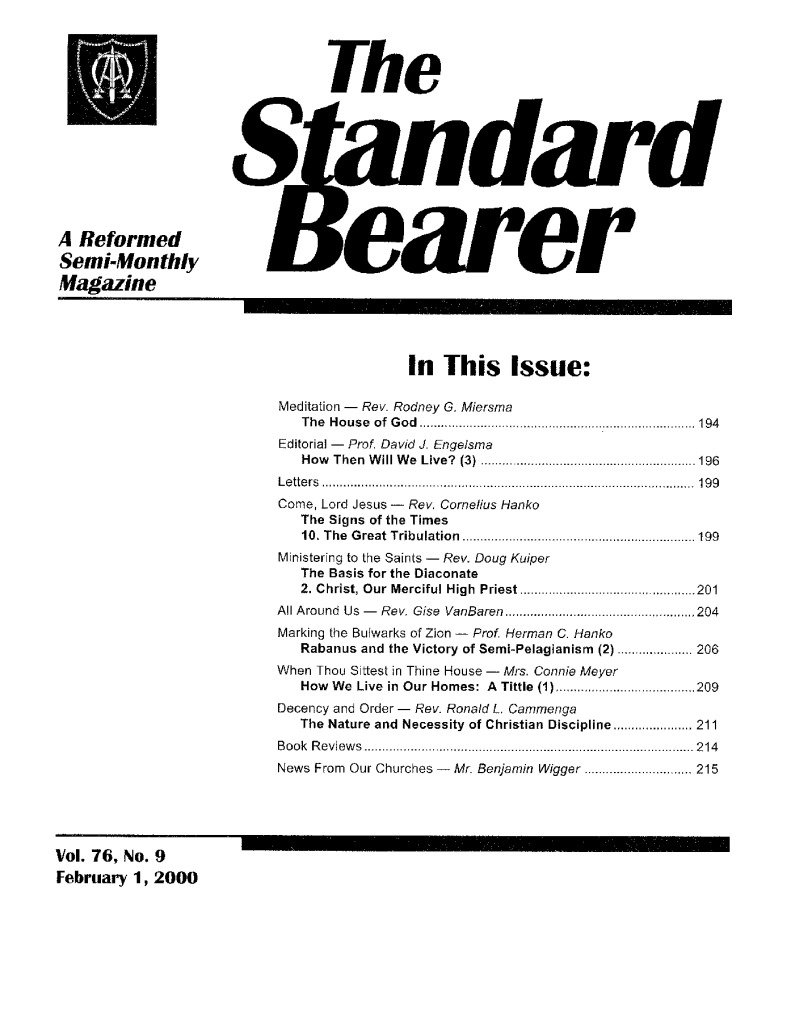