From brother N.D., of Byron Center, Michigan a further question has come in, as follows:

I thank you for answering my question in the Feb. 15 issue. I still have a little difficulty with hating God’s enemies. As far as yours and Rev. Hey’s writing is concerned, that we should not seek their company nor cooperate with them in their evil doing, that was not my problem. My trouble is: how far must I carry this hate? Suppose I am driving on a lonely road at about sixty miles per hour. About a half mile ahead of me is another car going about the same speed. All of a sudden one of the front tires of the car ahead of me blows out, and the car rolls in the ditch. Of course, I stop, and find the driver badly hurt, but also swearing and cursing. I tell him to stop his blasphemy and to thank God that he is not killed. Nevertheless, he keeps on taking God’s name in vain. Now my question is: must I leave him there or help him while he proves himself to be God’s enemy whom I must hate with a perfect hate, which means that I desire his destruction, while Paul writes in Romans 9 the opposite? Yours truly,

In the second place, bother N.D. is obligated under the law of the state to stop and render assistance in case of a personal injury accident. And violation of the law of the land would be contrary to Scripture’s injunction to be in subjection to the higher powers. Rom. 13.

In the third place, I think brother N.D. realizes that to pass by or to leave this hypothetically severely injured man would be tantamount to hypothetical murder. Not to help such a man when I am in a position to do so, — especially when on this lonely road I am the only one in a position to help him, would be as bad as shooting him.

In the fifth place, the apostle Paul is writing in Romans 9about his personal attitude with respect to “(his) brethren, (his) kinsmen according to the flesh,” etc. When, in response to his preaching, the Jews revealed themselves as unbelieving, the same apostle did not hesitate to quote the severe words of Isaiah 6:9 with application to them. Cf. Acts 28:25 ff. Even then, you may depend on it that Paul had personally the same attitude as is described in Romans 9:1-5.

Finally, this illustrates what I tried to emphasize in my first reply to brother N.D., namely, that to hate God’s enemies with a perfect hatred is a spiritually delicate matter for an imperfect child of God. 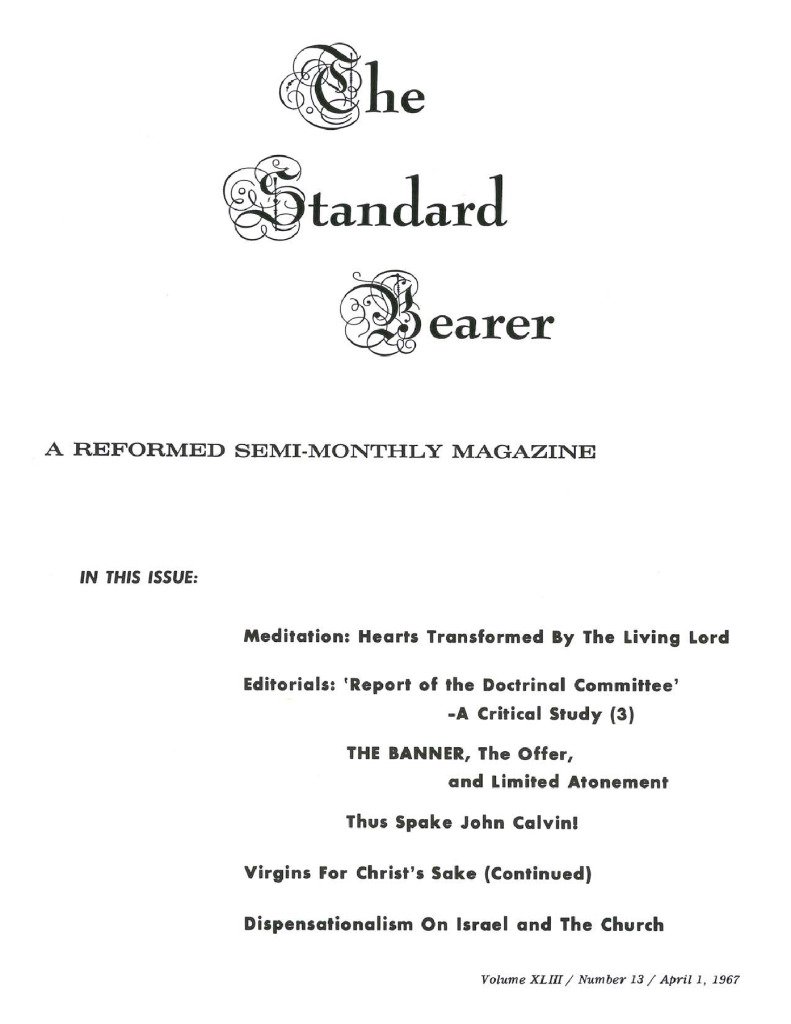