The Protestant Reformed Seminary began what promises to be a very active school year on August 28. Eleven men registered for classes or internships. Another, presently in college and purposing to attend Seminary, enrolled in the Dutch Theological Reading course.

There are students in all four years of the Seminary curriculum—two in the fourth (and final) year; six in the third year; one in the, second year; and two in the first year. Nine aspire to the ministry in the Protestant Reformed Churches (PRC). One third-year seminarian is being trained for the Evangelical Reformed Churches of Singapore. One intends to seek the ministry in the Orthodox Presbyterian Church.

The two fourth-year students are working as interns in area churches (Hudsonville and Southeast) the first semester. Both will return for classes the second semester.

Seven seminarians will have practice preaching this semester.

Members of the PRC in Western Michigan and Illinois (all three churches in Illinois were represented), as well as one family from as far away as Randolph, Wisconsin, gave the Seminary a rousing start at the annual convocation, and special dedication, exercises on August 30. The audience filled the auditorium of the Southwest PRC in Grandville to overflowing. A goodly number had to sit in the narthex.

On the same day, there was open house at the Seminary. Many saw the recently completed new addition and the remodeled old facilities for the first time.

The faculty, student body, and support staff express their thanks to the members of the PRC and others who have provided this lovely, functional facility. We invite those who have not yet seen it to stop in for a tour. The main feature is the new, large library with study-areas for the students. The faculty are buying the books that are needed to build up the library.

At this writing we are looking forward to the Seminary-sponsored conference on “Reformed Church Government” to be held on September 21 and 22. Arrangements have been made that Dr. Morton H. Smith, professor at Greenville Presbyterian Theological Seminary in Greenville, South Carolina and one of the lecturers at the conference, will speak to the faculty and seminarians on the history of and recent developments in the Presbyterian Church in America.

We ask, and need, the prayers of the saints, that the work goes well and is fruitful in the gift by Christ of pastors and teachers to His church. 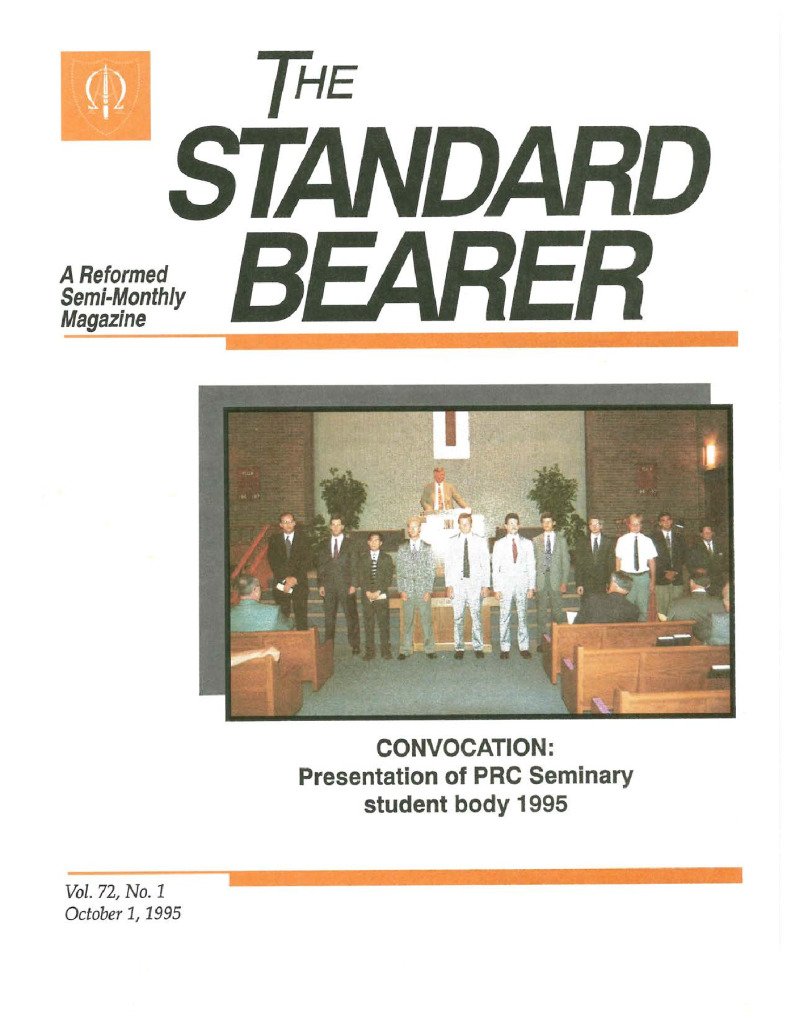