Eligible for a Call

Eligible for a Call

Eligible for a Call.

“Classis Minnesota South with the advice of the synodical examiners of Classis Minnesota North, Orange City, and Sioux Center declares Rev. Peter De Boer of Edgerton, Minn., eligible for call to the Chr. Ref. Churches according to Art. 9 of the Church Order. Rev. De Boer comes to us from the Protestant Reformed Church (De Wolf group) of Edgerton. Rev. De Boer is able to preach in the Holland language.” The notice was signed by the Stated Clerk.

Article 9 of the Church Order reads: “Preachers without fixed charge, or others who have left some sect, shall not be admitted to the ministry of the church until they have been declared eligible, after careful examination, by the classis with the approval of synod.”

We have not the space to quote what Van Dellen and Monsma have to say on this article of the Church Order, but it is interesting in view of the above case. Assuming that the classis followed the procedure prescribed by the Commentary, it would mean that De Boer came with proper credentials, applied for admittance to the church, asked to be declared eligible for a call, was examined by the classis and the synodical examiners, and was declared eligible for a call on the grounds that he had met all the requirements and passed the examination. It means also that De Boer has repudiated the doctrinal stand he professed to hold in the Prot. Ref. Churches, confessed that the doctrine of common grace is both Scriptural and Confessional, and that he has been living all these years in the sin of condemning falsely the church in which he now seeks membership.

One wonders how it is possible one moment to appear in court and swear up and down that he is Protestant Reformed, and the next, turn right around and profess that he sinned for more than 25 years by not being Christian Reformed. My conclusion is that such an one never had any deep convictions and does not have any now. 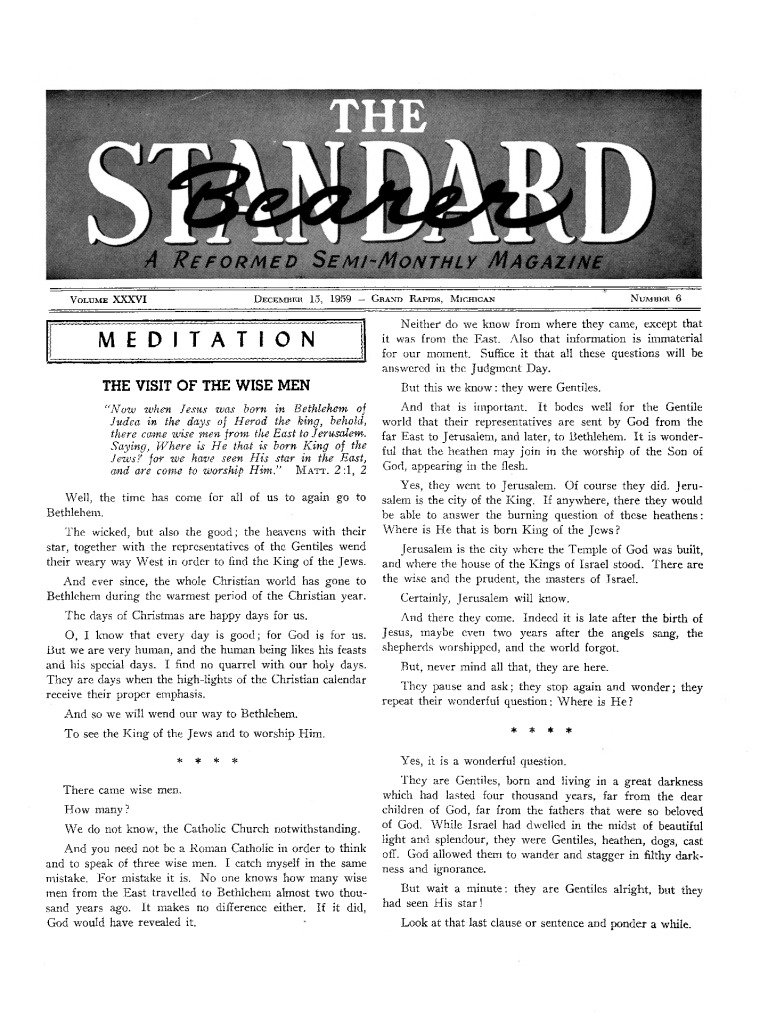