About Adam and Eve

About Adam and Eve

From a Holland, Michigan reader, brother Jack Arens, I received some questions which, according to my correspondent, are related to the teachings of Prof. D.R. Wilson concerning creation and evolution. Mr. Arens writes: ‘Kindly answer this question in theStandard Bearer. In Gen. 2:7 we find the word ‘dust’ and in Gen. 2:21 we find the words ‘deep sleep.’ What do these words mean in the original? . . . Related questions could be added: Does ‘dust’ mean ‘animal body,’ and does ‘deep sleep’ mean a vision?”

The basic questions here can be answered very simply and briefly. The two words in question mean in the original just exactly what they are said to mean in the English translation. The term rendered by “dust” in our English Bibles, especially as it occurs in the phrase “dust of the ground,” means “dust, dry earth, clay, loam.” In this sense the term occurs rather frequently in the Old Testament. The term “deep sleep” does not occur very often in the Old Testament (Gen. 2:21; Gen. 15:12; I Sam. 26:12; Job 4:13; Job 33:15; Prov. 19:15; Isa. 29:10), and in every case it is rendered quite correctly by “deep sleep.”

As to the related questions, the answer in both cases is negative. As to the word “dust,” the absurdity of this suggestion can be very clearly illustrated by a comparison of Genesis 2:7 and Genesis 3:19. In the latter passage we read: “In the sweat of thy face shalt thou eat bread, till thou return unto the ground; for out of it wast thou taken: for dust thou art, and unto dust shalt thou return.” What kind of absurdity is the result in this text if we make it read: “for animal body thou art, and unto animal body shalt thou return?” There is no great difficulty of interpretation involved in Genesis 2:7 if only the interpreter is willing to let the Scriptures speak and if he is not shackled by evolutionistic preconceptions and prejudices. The text plainly teaches that God formed Adam (not only his body, but his entire nature) from the substance of the earth, the dust of the ground. And so we read in I Cor. 15:47, “The first man is of the earth, earthy.”

How the idea of “vision” can be substituted for “deep sleep” is indeed a conundrum to me. In the first place, the very words have nothing in common in the Hebrew; and, surely, if the Scriptures had intended to convey the idea that Adam had some kind of vision in connection with the event of the creation of the woman, it would have been very simple to express this. There are words for “vision” which are used very often in the Old Testament; in fact, some of them are used in the books of Moses. In the second place, the idea of “deep sleep” and the idea of “vision” have nothing in common. In a vision one is active and conscious, though in a state of spiritual ecstasy. One who has a vision actually sees something. The idea of “deep sleep” conveys the impression of passivity and subconsciousness. And in Genesis 2:21 the meaning is precisely that Adam was neither witness of nor participant in the wonder of the creation of the woman; he was not because he could not be. Adam was a creature; God is the Creator. Between the two there is an infinite difference. The work of creation is peculiarly the work of God the Creator. The creature can neither have a part in it nor comprehend it. It is altogether “other.” Hence, Adam was indeed in a “deep sleep,” and he did not see any vision.

In conclusion, let me make a couple observations. The first is that I have yet to see any Scriptural and exegetical grounds for understanding the record ofGenesis 1-3 in any other way than literally. All the so-called “interpretations” which seek to make room for evolutionistic ideas and for millions of years are guilty of imposing views upon Scripture, and for this reason they cannot stand the test of Scripture itself and the test of simple exegesis. The second is that it always strikes me that these so-called interpretations of Genesis, which in many cases are supposed to be very learned and scholarly, are absurdly contrary to the truth of the perspicuity of the Bible. Fact is that if these far-fetched “interpretations” are correct, then we have a Bible which is not clear and understandable at all, but far less perspicuous than many writings of mere men. If it were not so deadly serious, it would almost be amusing how men can “interpret” the Bible in a manner in which they would treat no piece of ordinary human literature. And this is scholarly, not to speak of honest? People of God should be righteously indignant about this tampering with God’s Word, and they should have a holy anger toward those who are guilty of such tampering. There has been, and there still is today, far too much patience exercised toward these heretics. 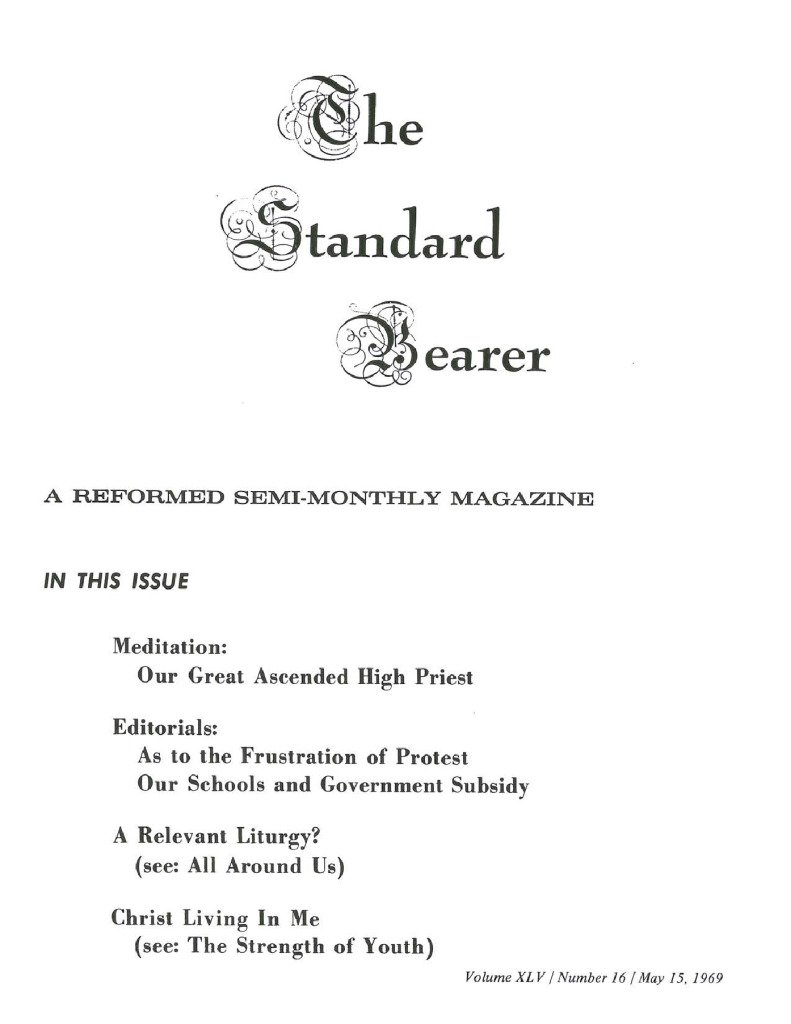