In a book review in the Standard Bearer (August 1, 1991), you wrote about the “second blessing” heresy, which “holds before the saint the real possibility of virtual perfection in this life.” You placed this under the general heading of “experimental religion,” which you said runs the danger of separating from “solidly doctrinal Christianity.”

I understand the danger of “second blessing” as championed by certain Arminian denominations, but “experimental religion” is a term that has been used by (or about) some who are solidly in the Calvinistic tradition, such as M’Cheyne, Brainerd, Edwards, and Guthrie. They have spoken of individual experiences with the Lord which are at moments so overwhelmingly real and powerful to them that such experience has had this twofold effect: 1) It increased their perception of indwellings in and their unworthiness before a holy God, and 2) It convinced them of the all consuming love and preciousness of the Savior such that all their doubts vanished and they knew themselves to be forgiven and secure in His hands.

Do the Protestant Reformed Churches take a stand regarding “experimental religion”? Is a subjective, internal witness to be actively sought after as “experimental” literature would imply is the right, and even duty, of the genuine Christian? Some writers give me the impression that such a practice is even necessary to “close with Christ” in conversion, and they make me feel guilty if I haven’t had an experience similar to theirs.

In his essay “Returning,” published in The Mystery of Bethlehem, Herman Hoeksema writes that moments of exultation may come upon us, but that we must also expect the return “to earthly things” in this world of sin. He says that we must then pursue our callings and struggles and await, “by faith,” a heaven that is still future.

In approximately four years of reading the SB I have not seen this issue discussed and would appreciate knowing your views on it.

What precisely is meant by “experimental religion”?

If, however, men mean by “experimental religion” strange, wonderful, spiritual experiences quite divorced from the sound doctrines of Scripture, and from the preaching of these doctrines, the PRC reject these experiences as accursed mysticism. All the more do we abhor such an “experimental religion” when its mystical experiences are made the condition for one’s assurance of conversion and for one’s coming to the Lord’s Table.

My warning was not that “experimental religion” runs the danger of separating itself from doctrinal Christianity (to use a redundancy), although this is indeed a danger. Rather I warned that all “experimental religion” that separates itself in the slightest from solidly doctrinal Christianity will run out in perfectionism, as well as in other gross errors.

Although the PRC want to do full justice to the experience of salvation by the believer, we also are concerned to exert ourselves to keep experience, or feeling, in its place. .As Martin Luther observed in the struggle of the Reformation with the “spirituals,” the way of salvation is not feeling but faith. The just does not live by experience but by faith- faith only. This is fundamental to the comfort of the believer. There are times when the believer is deeply stirred emotionally by the gospel of the love of God for him a sinner. There are other times when he is dry as dust. But he is as surely saved at the one time as at the other. And he is certain of it. For he believes, emotions 01: no emotions.

There is a distinct stream in the Reformed and Presbyterian tradition that makes experience the main thing. The primary spiritual activity is introspection, a spiritual “navel-gazing.” This is a sickness unto death. In the judgment of God, there is in this stream either no assurance of salvation or an assurance that rests upon the dubious foundation of an extraordinary experience or a special revelation.

The gospel calls us to look away from ourselves to Jesus Christ crucified and risen as exhibited in the truths of the Reformed faith. Just in this way does the believer have comfort. 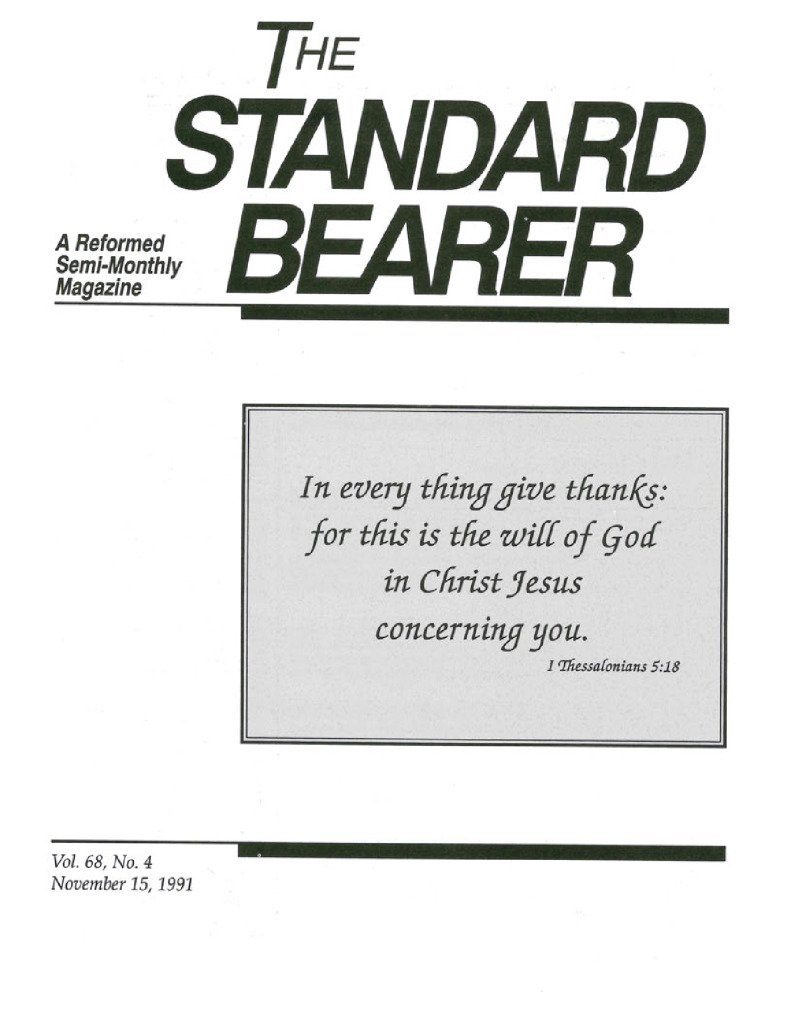