This volume is another in a series of books dealing with contemporary evangelical thought. Other volumes in this series include: “Revelation and the Bible”; “Basic Christian Doctrines”; “Christian Faith and Modern Theology.” The Foreword and initial essay is written by Carl F. H. Henry, editor of the magazine “Christianity Today.” Other authors include Paul Althaus, F. F. Bruce, GordonH. Clark, Adolph Koberle, Leon Morris, Merrill C. Tenney, Bastiaan Van Elderen.

While the book is intended to be a critic of these higher critical views and a statement of the evangelical position, nevertheless, important concessions are made to the higher critics throughout the book. Especially the weakness appears of failure to emphasize strongly and throughout that Scripture is God’s Word—His Word alone without any human factor involved in it. Only such a position as this can successfully resist the devastating inroads of higher critical thought. The book does not do this.

While it is not a book written for those unversed in critical problems, it is a rather complete description of modern trends in this field. This is also its value. But the book must be read with discretion since many of these higher critical views are extremely dangerous. Even Prof. Van Elderen, professor of New Testament in Calvin Seminary, concedes major points to the Sitz im Leben theory. The conclusion can only be that evangelical thought is considerably removed from the position of the Reformers, and from the position the Reformed Church must take on the doctrine of Scripture. 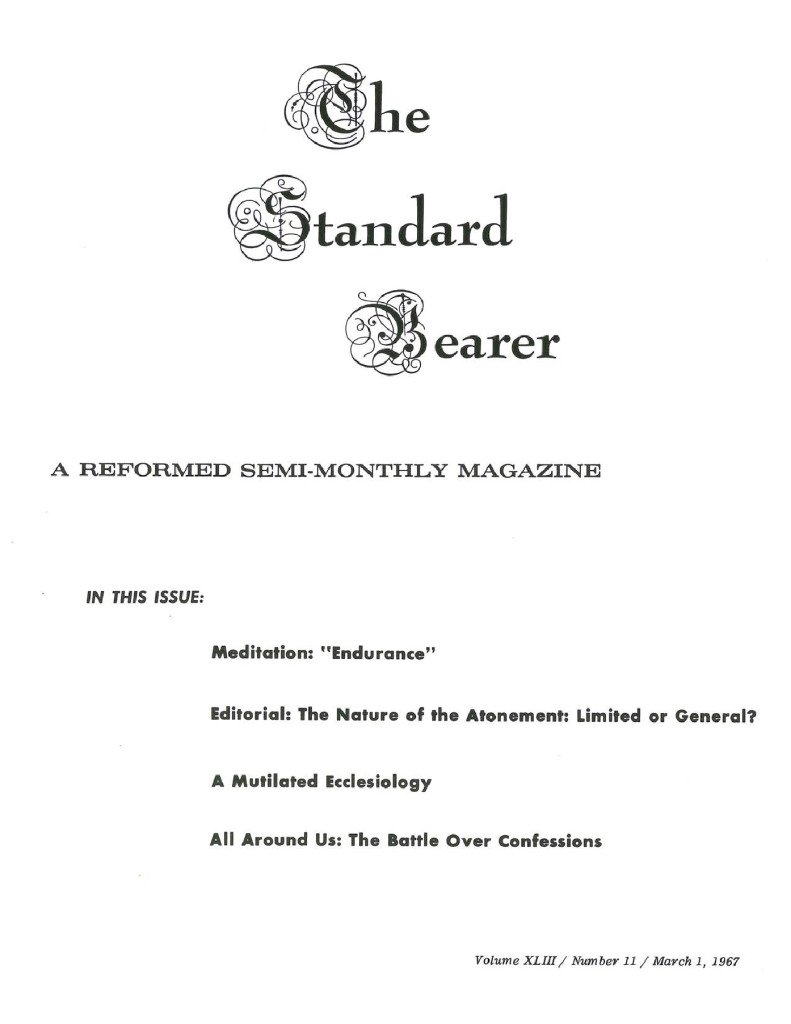