Working Out Your Salvation

Working Out Your Salvation

Our study in this short epistle brings us to one of the most remarkable statements of the whole of Scripture: it is the text which addresses the question of the Sovereignty of God vs. the Responsibility of Man. Much debate has taken place about this subject. Often it is presented as though these two truths are in conflict—or at least appear to be so while we are on this earth (a “double track” theology). Yet the Word of God does not place one at odds with the other, but clearly joins them with the word “for.” We must, therefore do that too.

We are to obey the command of Christ to love God and serve Him. We could not obey Christ’s command any more than Lazarus could who was in the tomb when he was commanded to come forth. Christ must give the life and the ability to do that which He commands. And then we do it—even as Lazarus did when in response to Christ’s command he came out of the tomb.

No doubt there is emphasis here on what has been called “human responsibility.” One who is saved from sin and death, adopted as a son of God, must labor daily, continuously, in the matter of his salvation. This is done in the way of prayer, study of the Word, and godly living in our pilgrimage. He who refuses to do so is certainly not saved.

The great responsibility imposed on us is recognized by this Word of God when it reminds that it is to be done with “fear and trembling.” This refers not to obedience by compulsion. Young children, slaves, or others under harsh authority, may obey for fear of the consequences of disobedience. But the “fear and trembling” of the Christian is of a godly sort. There is willing obedience. At the same time, there is that conscientious attitude that one must wholly and properly serve God—and a concern lest in any way we fail in this. The apostle even places this phrase first in the text—to emphasize the fact. We must truly tremble if perhaps we offend our great and loving Father in any way.

The church at Philippi must do all of this even when the apostle was not present. At Philippi the church was anxious to please Paul, it appears. When he was present, there was seen a godly walk. But the members of the Philippian church had to remember that their obedience did not depend on Paul’s presence. Even when he was absent they were to obey the commands of their Lord. Not Paul, but the Holy Spirit, must be with them and guide them in their pilgrimage. This was Paul’s conviction as expressed in 1:27 as well: “…that whether I come and see you, or else be absent, I may hear of your affairs, that ye stand fast in one spirit….”

But, does the working out of our salvation excludethe work of God? Verse 13 shows the contrary fact. The word “for” is very significant: it points us to the only possibility of working out our salvation. It is God Who works in us both to will and to do of His good pleasure. It is very remarkable that the Word uses the terms “to will” and “to do.” It is not only our “doing” which is of God, but also the very “willing.” The Sovereignty of God is such that it governs the entire person. Neither God nor Christ begs or pleads, asking the sinner to submit. God governs both the will and activity of elect sinners. Unless He do so, there will not be a “working out of our salvation.”

The text is so remarkable because it contradicts the two most common and most often recurring errors that have arisen from within the bosom of the church. There is the theory of the “free will” of the sinner. This teaches that God gives sufficient grace to enable anyone to obey Him if he will. It is the error of Pelagianism and Arminianism. But another, not dissimilar, error is that which teaches that by our works, at least in part, we can earn salvation. It was the view of the Pharisees. It is the teaching of the Roman Catholic Church. Scripture emphasizes so clearly: God directs the will and the action. Ah, blessed truth!

There is presented here the “good pleasure” of God. One could profitably find in Scripture other references to “good pleasure.” The phrase refers to God’s Council or Will whereby He governs all things. Eternally He has determined all things—also those things pertaining to our willing and doing.

This truth is difficult for our minds to comprehend. To deny it, however, is to deny Scripture itself. To deny it would be to deny the absolute sovereignty of our God. Perhaps some consideration should be given to the question: how does God work in this way without denying also the responsibility of the sinner?

The work of the child of God is presented in verses 14-18. His every action sets him forth as distinct, different, from the world about him. Here is his thankfulness as a fruit of God’s work in him. He does “all things without murmurings and disputings.” He must and does maintain the truth of God’s Word. However, he does not engage in disputes for his personal honor—nor many disputes which disrupt and cause loss of harmony within the church of Christ. He is blameless and harmless—not aggressive and offensive. The latter situation, of course, is often the cause of troubles within Christ’s church. The child of God does nothing in which he becomes the occasion for blame. He does not seek to hurt or to offend the saints of Jesus Christ.

This separates him from the world about him. One sees all manner of corruption, unrest, hatred, envy among the wicked. The Christian is as a “shining light” in that world. He is as the bright star or the light of the moon on a dark night. He is seen as one separated unto God. We can well ask ourselves: is that a description of us as well?

Where that was seen in the Philippians, there the effect and benefit of the work of the apostle Paul was also seen. Paul had not “run” or “labored” in vain. God had applied the Word proclaimed by the apostle that its fruit was seen in the lives of God’s people at Philippi. There is no greater joy for the preacher than to see that the Word preached bears proper fruit.

Where there is faithfulness, Paul can rejoice. He is imprisoned and threatened even with death. But if his life is offered as a sacrifice, that would be of no concern to him. He would regard the pouring out of his own blood as a kind of libation offered with the sacrifice and service of the Philippians. He could rejoice with that—and they could rejoice in the same thing. 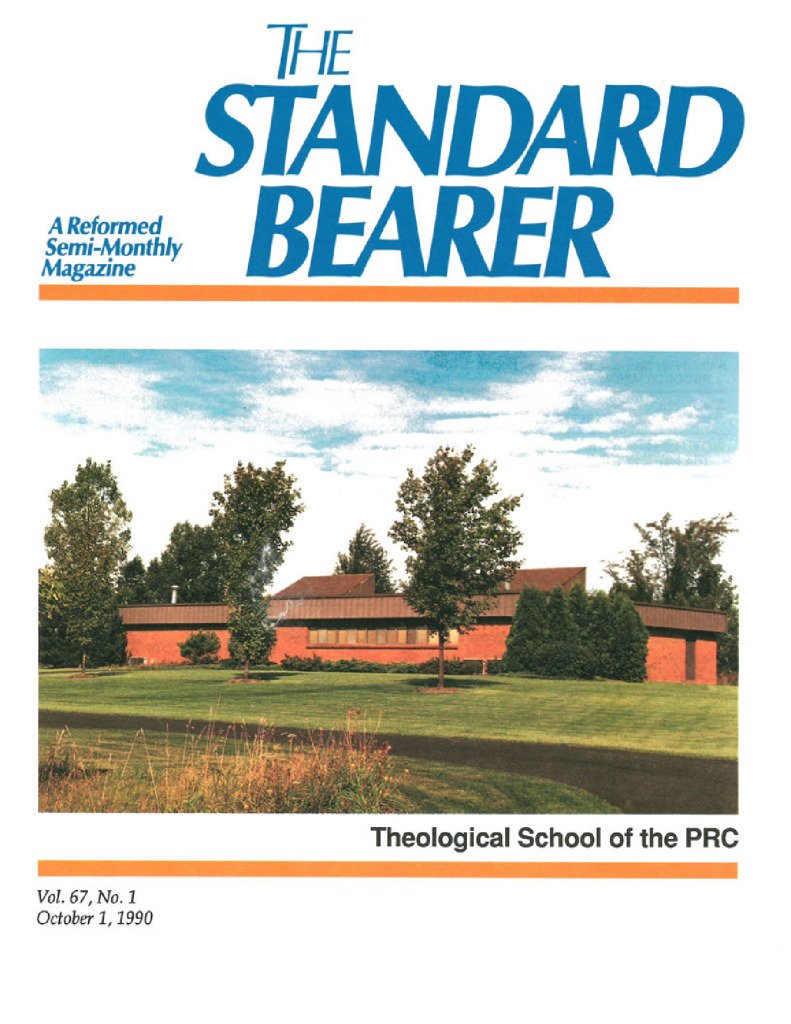