1.Deliberate defiance of God’s judgments. Woe! “to the ones saying, Let Him hurry His work in order that we may see (it), and let the counsel of the Holy One of Israel approach and come (to pass), so we may know (what it is He threatens to do.)” He whom the world calls a free-thinker the Scripture calls a fool (nabal) and a scorner (letz). They flout the judgments of God; since they doubt whether they, as prophesied, shall ever occur. They say, If they are coming, we ought to be able to see and hear their approach! The philosophy of’ these free-thinkers is, “We know only phenomena. So when will we ever see or experience the phenomena of which you prophesy so much?”

Final judgment, fire and brimstone are far from the minds of worldly men! Nor. will they have these things in mind. They despise such warnings as fanaticism and madness. Their notice of the divine judgment is only that of a contemptuous dare, or throwing down the gauntlet to God. It would delight them to see Him back up these silly alarms. The challenge to hasten His work implies God does not work, is a do nothing God, has trouble getting into action. His work of judgment is all talk. This is deistical freethinking. God does nothing and cares nothing about the affairs of men. God, seeking His highest happiness, aims to be free from men and the world of men! Deism is refined contempt for the counsel and decrees of God. Peter prophesied of the last days (II Pet. 3:3-4) when mockers would hold in contempt the promise of Christ’s second coming. Why should we be surprised at such derision on the part of the wicked? For they had already despised His salvation, had mocked Him as a Savior, and had sarcastically called upon him to hurry and do the work He had pretended to come to do. (Matt. 27:42). Just so, such men in our own age are by this very word of the prophet, by the plain message of the Bible, warned that they are exposed to the wrath and righteous judgment of God. But they will not believe the revelation of the righteous judgment of God. Yet in the depths of their conscience, where they cannot possibly deny it, they know this judgment to be a reality to come. Still they fly in the face of the wrath to come, continuing to mock and flout the idea of divine judgment in the interest of convincing themselves otherwise, and to applaud other fools who mock God. (Rom. 1:32)

2.Deliberate confusion of moral distinctions (20). “Woe to those who say to Evil, ‘Good!’ and to the Good, ‘Evil!’ who put darkness for light, and light for darkness, who put bitter for sweet, and sweet for bitter.” (Heb.) False prophets call their lies truth, and the religion of Jehovah a lie. Crooked, corrupted judges pronounce the innocent guilty and the guilty innocent. Libertines praise drunkenness, carousing, and bacchanalia, but slander a life of worship and service to God. This applies to the Talmud, which interprets and belabors every commandment of God in such a way as to enervate and evaporate its tornadic force against transgressors in Israel. They call boozing good fellowship, whoring necessary recreation, gluttony good housekeeping, squandering they call stewardship, sea and soil pollution, husbandry; revenge becomes self-defense, assault becomes defending one’s honor, lust becomes love, tantrums are self-expression, violence provides fulfilment; the more perverted the violence, the more fulfilment is afforded.

With this philosophy there is no concept of black or white, all is gray, with evil allowed to run rampant, and good charged with evil. When white is made black, there can be no concept black; there is no crime, no wrong. The equalitarians make the world of morals, ethics, behavior, law and order, standard or norm and purpose of education all black. The world is a ball of mud floating in a bottomless, shoreless, fog-bound sea of irrationality. Crime (pornography. and obscenity for example) cannot be defined, and so the law-abiding cannot be protected. It is certainly true that “an .openly heartless faith is surely dangerous, but a heartless faith which believes in itself as a loving agent is even more to be feared” (Rushdoony).

3.Deliberate reliance on human reason. “Woe to those wise in their (own) eyes, and those (super) intelligent in their own estimation” (Heb., v. 21). Who, in the upper strata of society, well-mannered, with a modicum of real intellectual merit, would ever estimate the modern boasted supremacy of human wisdom as the worst form of pride? But such it is in the judgment of God. Society no longer has any morals when it relies on its own wisdom in preference to the wisdom (law) of God. He alone is the source of wisdom, and without His word, man, society, the nation stagger aimlessly in the cloudy miasma of their own fuzzy philosophy. Unaided human reason may dabble and play with facts, but cannot know them within their context (God and reality), nor know them as to their meaning (God’s interpretation of them). Here, the Lord condemns the would-be autonomous mind and will of man, who performs a near-miracle in making folly and ignorance look like wisdom. There are some who, no matter what you say to them, argue against it, twist it, and try to make it look bad. However, the Reformed truth, as expressed in all the Reformed creeds of all denominations, needs no defense from us. It is as plain as the sun in the heavens. It speaks for itself. It has stood the test of time and attack, and will remain when humanism and pseudo-orthodoxy are destroyed. But he will not be convinced in good conscience who will not conform his thought to Scripture and the Calvinistical creeds. Here, then, is a woe, a curse, divinely pronounced on any who obstinately cling in absurd confidence to their own wisdom.

Ritschl, the German theologian, made much of his conceived “value judgments.” The expression has “taken” in our modern vernacular. What is meant by it is, that has value which in man’s judgment pleases him. Even the most religious minded “haughtily reject everything that does not please them. They acknowledge that they need some bridle, but, on the other hand, are so much blinded by their presumption, that when God points out the way, they immediately rebel; and not only so, but break out into violent indignation at the censure passed on the their proceedings . . . Where is the man who renounces his own judgment, and is ready to learn only from the mouth of God?” (John Calvin). Nothing is more deceiving, rebellious, and dangerous than this mere show of wisdom which stupidly persists in holding it knows not what. They who make the grossest mistakes are the most elated with their own opinions and their own vast capacity for understanding and outwitting infinite Wisdom. Positively amazing it is to see them, with the Word of God in front of them, under the guise of reverence for it to actually attempt baffling and correcting it!

4.Deliberate perversion of justice. “Woe to those who are heroes (only) at drinking wine, and the men of strength to the mixing of strong drink, to the ones acquitting the guilty for the sake of a bribe, and the righteousness (right) of the righteous (innocent) they turn away from him. ” The second woe was directed against drunkards, this sixth woe against drunken judges. Scripture does not regard the sinner here as an alcoholic, but as a drunkard, calling him what he is, (telling it like it is), and the drunkard must know himself under the curse of God (I Cor. 6:9, 10). The legal judge of such a sinner is called and appointed to be a hero in punishing men like that sinner (Deut. 16:18-20; Ex. 23:8), and not an expert in gulping wine; to be brave in condemning the guilty and acquitting the innocent, not to be pompous drunken asses in accomplishing the very reverse.

Especially since the assassination of President JFK, the philosophy of law has been away from individual guilt and punishment. Then innocent- society is adjudged guilty, not the criminal. So that it gets dangerous to be innocent of wrong. For modern psychiatrical mentality views innocence as the greatest guilt. This is the philosophy of the civil rights (riots) radicals. A homosexual is defended as innocent on the ground that his genes and chromosome structures are abnormal. So the criminal is neither a criminal, nor responsible, but innocent, while society drives the pervert to his vile excesses, so making the innocent guilty. So the guilty are acquitted and the rights of the innocent are taken from them. But this is what the Lord thinks of all this: “He that justifieth the wicked, and he that condemneth the just, even they both are abomination to Him.” (Prov. 17:15).

What are these brave lone rangers in the fight for law and order? Bumblers of the beery battalion—wino musketeers—smug in their mugs—rich with bribes, spending their time wrestling themselves to cram down as much as their bellies will hold. Fatigued and weakened, they destroy their strength in gluttonous exploits. Their strength is not in their bodies but in their pocketbooks. Their might is their money. Gifts and gluttony pervert justice. The result is that vices are not corrected, the sanctioning of wicked custom is not opposed, the innocent are deserted and deprived of the opportunity to defend their innocency, while judgment goes against them as the guilty go acquitted. But where there is bribing, “the offence is the judge’s, not the briber’s.” The judge becomes a thief and his office a den of thieves. In our land crime does pay, as crooked judges are influenced by businessmen, powerful political machines, and such billion dollar organizations in the interests of their own evil purposes as a modern Illuminati, the Cosa Nostra. The law of God requires a responsibility to the victims of crime in reparations to them commensurate to their loss and suffering. The law also requires a responsibility to the guilty in theirspeedy punishment. But where in all the land is such responsible justice to be found? It is, as Martin Luther would say, a bird as rare as a black swan! 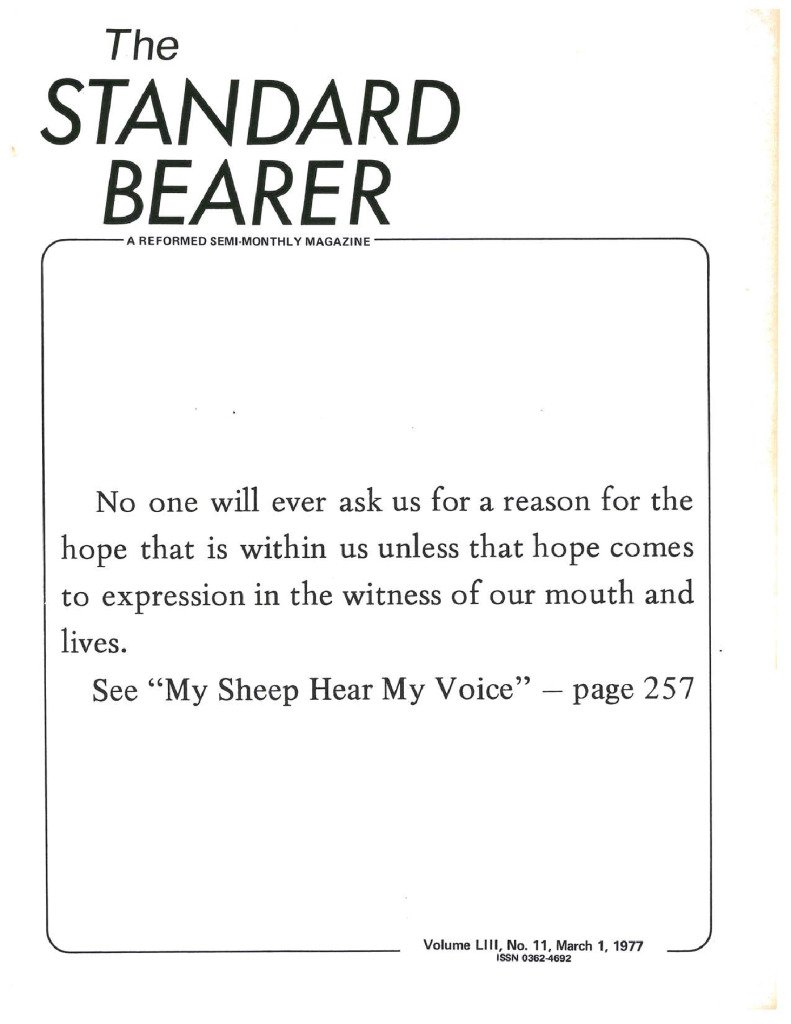