The history of the church in the old dispensation has been aptly likened to birth pangs. “For pangs have taken thee as a woman in travail,” said Micah the prophet. “Be in pain, and labour to bring forth, O daughter of Zion, like a woman in travail: for now shalt thou go forth out of the city, and thou shalt dwell in the field, and thou shalt go even to Babylon; there shalt thou be delivered; there the Lord shall redeem thee from the hand of thine enemies” (Micah 4:9, 10).

Interestingly, Micah spoke those words more than a hundred years before Nebuchadnezzar ever set foot in Judah. Assyria at that time, rather than Babylon, was at the height of its power. But the prophet was given to see what the future held. Grievous trouble there would be, trouble that would shake even the bravest of men. Ejected from their own country, they would be wanderers in strange lands, led away even to Babylon, to die there.

But will all hope be gone? No, because God will yet be true to His word. To strengthen the minds of the faithful, Micah gives hope of deliverance. There, in Babylon, thou shalt be delivered. There, in Babylon, where all hope will seem to be cut off, the Lord shall redeem thee from the hand of thine enemies.

Yes, Babylon will fall. And God’s people will be delivered.

To what reality did the prophet speak? To the conquest of Babylon by Cyrus, to be sure, and to the decree of Cyrus that Jerusalem be built and the foundation of the temple be laid (Is. 44:28). But there is more.

Cyrus’ conquest of Babylon did not result in the destruction of that mighty city. Babylon continued for some time as a city of strength and beauty. But that it would eventually fall was a certainty, for its destruction had been predicted in prophecy by both Isaiah and Jeremiah. According to Isaiah, “Babylon, the glory of kingdoms, the beauty of the Chaldees’ excellency, shall be as when God overthrew Sodom and Gomorrah” (Is. 13:19). So complete would be its ruin. Jeremiah predicted that “the broad walls of Babylon shall be utterly broken, and her high gates shall be burned with fire” (Jer. 51:58). “Babylon shall become heaps” (51:37), Jeremiah said, and will be “a desolation without an inhabitant” (v. 29).

Indeed Babylon must fall; for in Scripture that city has been made to represent the very heart of the antichristian world-power that oppresses the saints of God. The destruction of that city, then, because of its symbolic importance, is the hope of the people of God. “Babylon is fallen, is fallen” we read in the prophecy of Isaiah (21:9), who wrote as if the destruction of the city were already an accomplished fact. “Babylon is fallen, is fallen,” we read in Revelation 14:8, where the angel spoke as if the dominion of Antichrist had already been broken.

And Babylon did fall. About twenty years after its conquest by Cyrus, the Babylonians rebelled against the Persians. Darius (not the Darius of Daniel 6) put down the revolt and, to punish the Babylonians, he removed the brazen gates and destroyed the walls of the city. A second revolt, about forty years later, brought another Persian king, Xerxes, who wrought further destruction in the city.

With the destruction of its walls, the might of Babylon was permanently broken. The prophecy concerning the fall of Babylon, then, was in a sense already fulfilled. But it is interesting to note that, though life continued in Babylon for many years thereafter (see I Pet. 5:13), the city was eventually forsaken and left desolate. According to Fairbairn’s Bible Encyclopedia, the present ruins of Babylon consist of “vast mounds of earth and brick” and “heaps of sun-dried and kiln-dried bricks.” Those heaps, about fifty miles south of modern Baghdad in Iraq, must certainly be a reminder of the prophecy of Jeremiah (51:37). Fairbairn adds, incidentally, that, after the destruction of those massive walls, “the ruins have been a never-failing brickfield, city after city being built from its materials.” The modern town of Hillah (about six miles from the site of ancient Babylon), he continues, “was built from Babylonian materials, and I dare say, there is not a single room where a brick might not be seen stamped with the name of Nebuchadnezzar.” Apart from that, however, all that remains of the once mighty Babylon is…heaps.

And now, what about the Jews? And the end of their exile? And the return to Canaan, the land of promise? And the rebuilding of Jerusalem, the city of David? And the laying of the foundation of the temple? Was this the deliverance, and the redemption, of which Micah spoke?

Yes, it was. Initially. But not ultimately.

Why not? We think, first of all, of the fact that only a small percentage of the Jews chose to take advantage of the decree of Cyrus that put an end to their enforced exile. It has been estimated that two to three million Jews were scattered at that time throughout the Persian empire. A mere 50,000 of them chose to return. The vast majority had, after seventy years, settled comfortably in the land of their captivity. Most of them, in fact, had been born in that land. They had never known Jerusalem, which now lay in ruins in a land far away. Except, therefore, for the remnant “whose spirit God had raised, to go up to build the house of the Lord which is in Jerusalem” (Ezra 1:5), the Jews for the most part preferred Babylon.

This is not to say that all those who remained in the land of their exile were moved by purely carnal considerations. They were not. Nor is this to say that all those who returned were spiritually minded and that a utopia was in store for them in the land of promise. That was not true either. Soon enough it became apparent that the old carnality was alive and well in the rebuilt Jerusalem. Deliverance of another sort was what the elect remnant needed.

The carnality of the returned exiles showed itself already in their efforts to rebuild the temple of God. They began well. But then they encountered opposition. Opposition from the Samaritans, who managed to secure an order from Artaxerxes that “this city be not builded, until another commandment shall be given from me” (Ezra 4:21). It was, thus, nothing less than the decree of the Persian king that brought the construction of the temple to a halt. But that other factors were at work here is clear from the fact that Haggai and Zechariah, prophets of the Lord, found it necessary, at last, to direct words of admonition and rebuke to the Jews for neglecting the temple (Ezra 5:1, 2).

The problem seems to have been that the initial enthusiasm of the returned exiles for the rebuilding of the temple had waned considerably. They began to view the project as a burden. They had hardly had time to reestablish themselves in a land long left desolate—and must they really now be expected to devote their limited resources to the building of a temple? That did not seem fair. Evidently, too, the older folks did not stop belittling their efforts, bemoaning the fact that, because of their limited resources, they would not be able to build a temple that could compare at all to the one that Solomon had built. Why not, therefore, just…wait? Wait till we have more money—so that we can build a more impressive house for the Lord.

So it did not take much for the Samaritans to “weaken their hands” (Ezra 4:4). And when Artaxerxes commanded that the work on rebuilding Jerusalem cease, they were too quick simply to accept a new state of affairs. They were quite content to continue making their own houses more comfortable and beautiful. They can justifiably forget about God’s house—because of that convenient decree.

There is no indication that anyone made an attempt to enlighten Artaxerxes. The decree of Cyrus, authorizing the rebuilding of the temple of God in Jerusalem, had been forgotten by the new king. And the Jews did not bother reminding him. Rather, they used his decree as an excuse for making mansions for themselves. 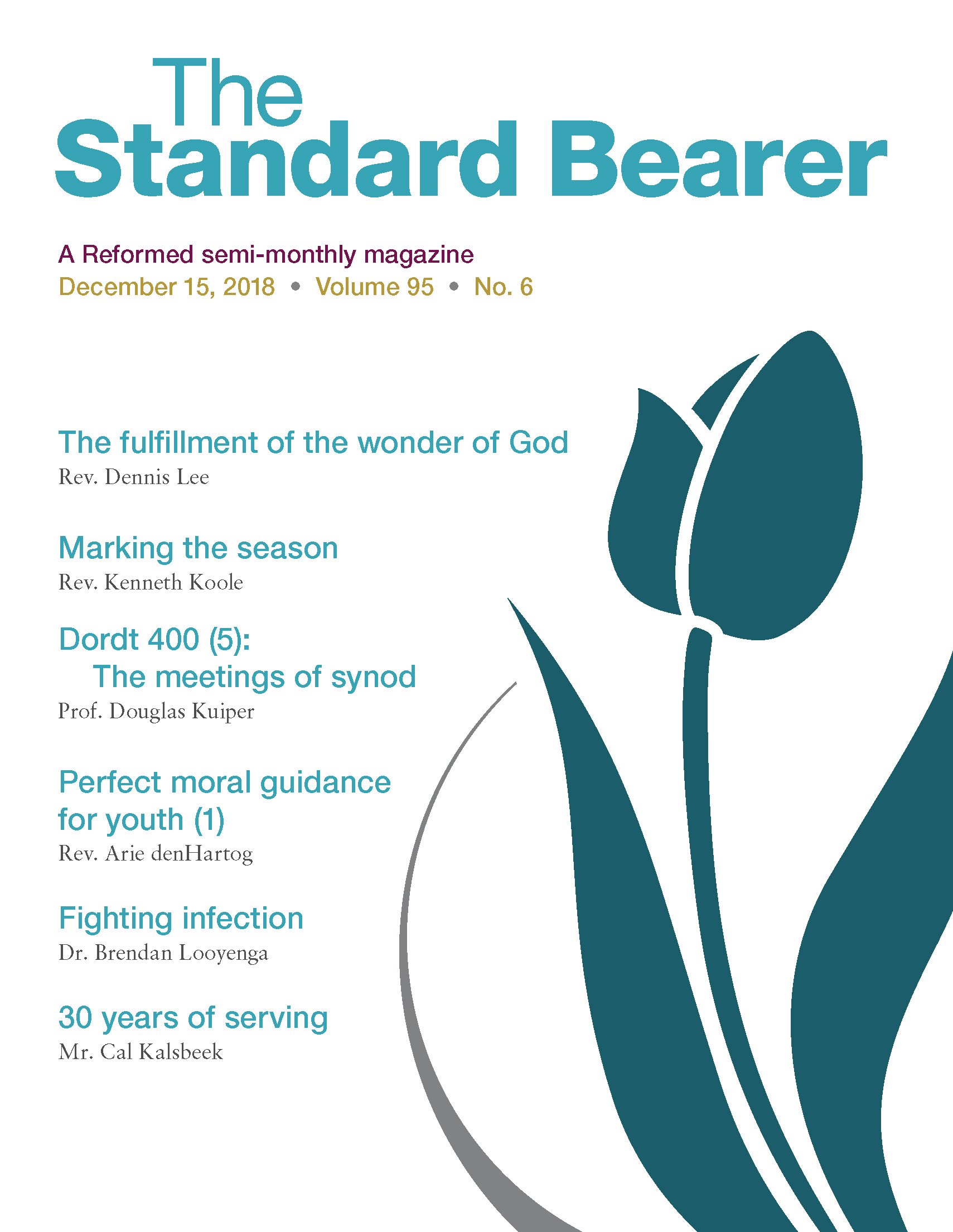