Thou Renewest the Face of the Earth

Thou Renewest the Face of the Earth

Scripture does not know spring by name, any more than autumn; only once, at the very end, in Jude’s brief epistle (12, autumn trees, Dutch version), it is noted more in passing than described in its dying glory.

The country accounted for this. In Palestine the transition from winter to summer, and from summer to winter, took place more quickly, more as it were at once, and the almost six months’ absence of rain, of itself led to placing over against one another the rainless half year and the half year that began and ended with rain, as the two great seasons of the year.

From April till October there was dew, but no rain. That was called summer. Before and after this fell the former and the latter rain. And that season was called winter.

A striking contrast, as everything else in Israel and in the revelation to Israel appeared in bold sharply outlined antithesis. Death and life. Darkness and light. Impure and pure.

But though there is no separate spring in Israel as interlude between winter and summer, the Scripture is very well conversant with the spring-idea and the fact of spring. Israel came to this loveliness of spring with the feast of firstfruits. To the covenant people the triumph psalm of Passover was one with the song of spring.

The people themselves had been quickened by Jehovah from the sleep of death, which once they slept in Egypt, that was their Passover.

So the land flowing with milk and honey, which God gave them, passed every year into winter-sleep. But when the sun poured forth richer beams again, it returned to life, and that was its spring.

Spring, not three months long, but concentrated as in one span of time, and centered in that single act of God’s almightiness, of which in Psalm 104 so exultingly the psalmist sang: “Thou sendest forth thy spirit, they are created: and thou renewest the face of the earth.”

So the faithful in Israel lived through these transitions with their God.

They did not shut themselves in, and were not afraid of light, as though the life of nature did not concern them.

On the contrary, scarcely had the moment come of the rich renewal of life in God’s creation, but from their villages and hamlets all those that were at liberty went out through dales, by the side of brooks, across the hills, to Zion’s sanctuary.

And though at the Passover the lamb that was slain, and therewith the deliverance from Egypt that had come and the deliverance from Satan’s bands that was to come, appeared more prominently in the foreground, yet God’s goodness in the life of nature was not forgotten, and for the people and in their name the firstfruits of the land were offered unto Jehovah.

But what they refused to do, was that they would make no distinction.

They would not in the sanctuary taste the mysticism of God’s presence, and presently amidst the wealth of nature forget Him.

No, they lived through that transition from season into season with their God.

It was not nature that had gone asleep and had wakened again. All that you call nature is nothing of itself and can of itself do nothing. In nature also, and in her mighty transitions, there is nothing that God does not work.

He, the Lord our God, doeth all these things.

When from leafless branches spring-birds sing again, it is God who sends them.

And when the soft winds blow from the south, and what seemed dead begins to bud again, it is God Himself who sent forth His Spirit, and as with His own hand renews the face of the earth.

As in the hour of creation the earth was first without form and void, but, as God’s Spirit brooded over it, presently all life went forth, so, from a distance always, it is every time when spring returns.

First the land bare and the flowerbed unkempt.

But God sends out His Spirit.

And now what seemed withered sprouts and buds, what seemed faded colors itself, what was dull begins to glisten, and what was silent as in death begins to sing.

And when God so makes nature live again, it is spring.

This appeals to the human heart.

Most of all because winter is unnatural to you. For though winter is as one who is beautiful in death, it is dead, and our heart calls for life. Winter drives us out from God’s free nature, in which an inner voice declares that we are at home. Winter even attacks us as an enemy, makes suffering of cold and want, and carries every year a vast number of his vanquished ones to the pit of the grave.

Hence winter depresses. It limits and distresses us. And when at last his power breaks, young and old are glad to speed the parting guest.

Winter held us closed in, now doors and windows reopen, and busy hands are at work in every house to remove winter stains from floor and walls. Everything must be clean and be made to shine and glisten. A whole house embracing cleaning.

And where winter compelled us to protect our sensitive bodies with heavier clothing of less artistic outlines, now that spring returns, even that winter garb is laid aside, and they who have the means provide themselves with a new outfit.

A feeling of freedom and delight must thrill through heart and members.

It is our God who prepares us joy again.

Our inner and our outward life hang together.

Nature and grace mutually affect one the other. In the visible, God puts a speech of the spiritual life.

It is God who sends out His Spirit and renews the face of the earth, for, according to Scripture, the Holy Spirit is active in the work of creation (Gen. 1:2), and likewise in the work of the renewal of life when spring comes (Ps. 104:17).

It is not the Father in nature, and the Holy Spirit in the soul, but it is God triune, Father, Son, and Holy Ghost, who in all your life, after the inward and after the outward side, reveals His wondrous divine power.

So that sleep of nature speaks to us of a sleep in the spiritual world, and spring in God’s creation of a waking up again of those who fell asleep, that Christ might give them Light.

Therefore Passover is placed at the opening of spring.

Thus from Easter and spring together goes out one voice of God’s urgent compassion, to lift every one of you out of your condition of depression, to pour out upon your dullness the glow of fresh oil, to tune what was silent in you to a song of praise, to make the withered branches bud again, and where deathliness had covered the soul, to make the life of faith gloriously active again.

When winter is severe, every one feels that it neither can nor will continue such for long, and everything in you prophesies that spring is at hand.

So no one can say peace, when it is winter in his soul. Winter sleep of soul is equally unnatural and resists grace.

He sins, he hardens himself, who rests content in that winter sleep of soul.

See, the Sun of righteousness shines out gloriously again from the throne of grace.

Therefore awake, thou that sleepest, and arise from the dead, and Christ shall give thee light (Eph. 5:14).

Even to such as have never yet known the sweet and the beauty of a spiritual spring in the soul, every return of spring is a voice of their God.

Your first spiritual spring is your conversion to Jesus, your turning to the living God, when He sends out His Spirit to you also, and renews the face of your heart.

To this first conversion every soul is called, especially those who in infancy received the mark of holy baptism. It is dreadful to see how many grow up in Christ’s church and reach maturity without ever having opened the windows of their soul, that the light of the Son of God might shine in upon their inner life.

And for this conversion your time is always ready.

But in spring is a speech of God, which reproaches you with double sharpness for continuing in your barrenness and deathliness.

God lets you see with your eyes how life can spring from death.

And when you hear the rustling of life, in the hardness of your heart will you resist yet longer?

Thus in that return of spring there is an impulse to life for all men.

There goes out from spring a new animation to life, to lift up the hands which hang down, and to strengthen the feeble knees (Heb. 12:12); to stimulate every one to a taking hold of oneself; to make exhibition of nobler seriousness, of diligence, of greater zeal in everything that is good.

Spring tells you that seed must again be sown, that presently the full corn stalks may rustle. And so each in his own position in life, in his calling, in the department of work appointed him of God, must harness again the weakened elasticity, reach out again toward the ideal, be impelled to mightier activity and to greater perseverance of action.It must become Easter and spring together, not merely round about you, and in your soul, but also in your all-sided life. 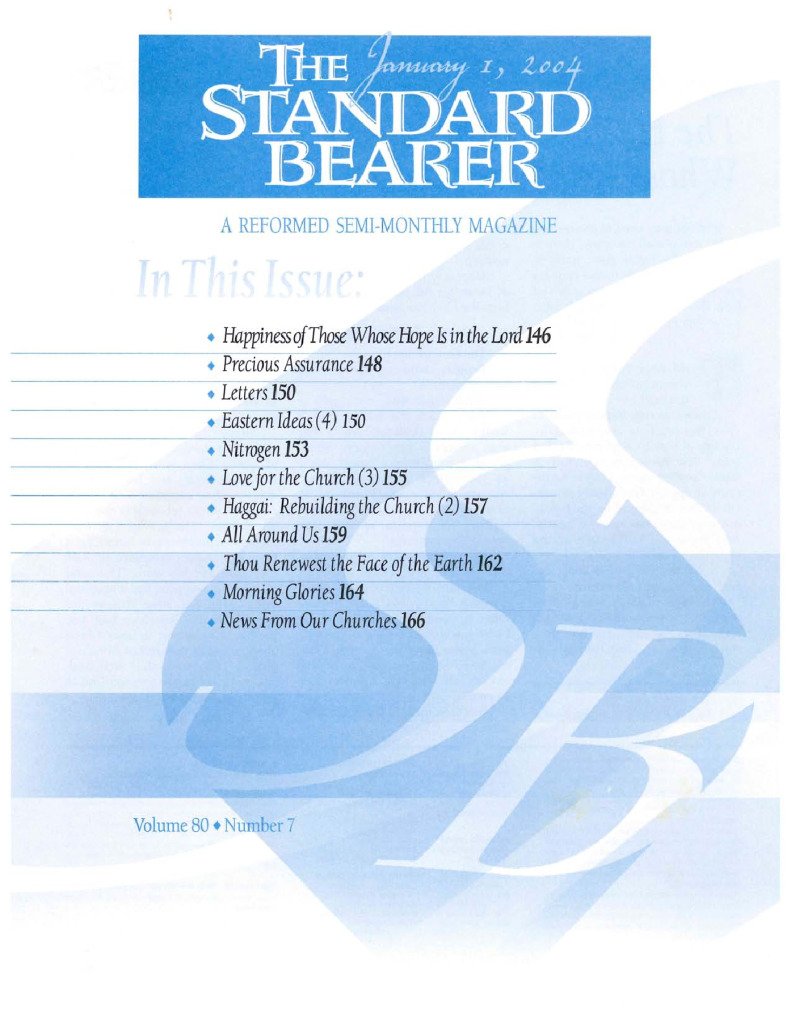