For the laymen, as well as the clergy, who enjoy riveting history told by a first-rate historian in superb prose, John Guy’s new biography of Thomas Becket is a delight.

From the original sources and with critical judgment of later, usually hagiographic, accounts, biographer Guy relates the fascinating life and famed death of the twelfth century archbishop of Canterbury, Thomas Becket.

Lifted from lowly origins to the secular and political heights of chancellor of England by King Henry II, near descendant of the renowned William I, Nor­man conqueror of England in AD 1066, Thomas was appointed archbishop of Canterbury, by the king, in 1162. Not all the lower English clergy applauded the appointment. A prominent bishop of the English church grumbled that the king “had wrought a miracle by transforming a warrior and a man of the world into an archbishop” (148).

Prior to the appointment as archbishop, Becket was a thoroughly worldly man—an avid hunter, a skilled horseman, active in physical warfare, and covetous of name and riches here below.

Henry’s motivation in the appointment was not his recognition of outstanding spirituality on the part of Thomas. Rather, writes Guy, by combining the posi­tion of head of the English church with the office of chancellor in his man—Becket—Henry “could more easily rule the whole of the English Church” (143). Thus, Henry would govern all the life of England, church as well as nation.

The king’s mistake was to suppose that Becket would be content to be Henry’s man, rather than his own.

Hardly had Becket assumed the office of archbish­op, having resigned the office of chancellor, when he asserted himself and all the not inconsiderable powers of primateship in England. Subject only to the pope, Becket was virtually absolute lord of the entire church, all the other clergy, and the souls of all the inhabitants of England. And in those days, whatever else must be said of the spiritual condition of the members of the church, men and women valued their souls.

Becket’s power extended, as well, to much of the land and earthly riches of England, inasmuch as a cor­rupt church was deeply involved in the mundane mat­ters of amassing property, acquiring wealth, asserting dominion, and basking in glory.

The penultimate end was “murder in the cathedral,” in the words of the title of T. S. Eliot’s gripping play, based on the event. On Tuesday, December 29, 1170, four of King Henry’s knights accosted the archbishop in his cathedral, and murdered him—“one of the most infamous events of the Middle Ages” (312). To the dramatic, bloody, gruesome event, John Guy does full, vivid justice.

The ultimate end was the swift canonization of the dead Becket by the pope, whose support for his loyal servant during the struggle with Henry left much to be desired and who used Becket as a pawn in the charac­teristic papal effort to defend and aggrandize himself and his office—yet another power-hungry player in the drama.

At once, the people, not only of England, but also of all the nations of “Christian” Europe worshiped the dead archbishop, flocking to the cathedral to stand at the exact spot where Becket was killed (the tourist at Canterbury can view the site, to this day) and to beg miracles from his relics, including his blood, which had been preserved. It was on such a pilgrimage to Canter­bury that Geoffrey Chaucer’s motley crew told their stories in Chaucer’s The Canterbury Tales:

And specially, from every shire’s end

In England, down to Canterbury they wend

To give his help to them when they were sick.

The popular and papal pressures forced King Henry himself to express repentance and do penance for his part in the murder of Becket. Although Guy has ascertained that the words commonly attributed to Henry in the presence of his knights as the cause of the murder, “Who will rid me of this turbulent priest?” are “apocryphal” (310), Henry did publicly and angrily make similar statements, which occasioned his knights’ murderous mission.

Becket died bravely. He refused the conditions, con­trary to his conscience (or to his will), that might have spared his life. Despite the pleas of his servants, he de­clined to flee and hide, as was possible in the vast, dark cathedral, although he knew his life was threatened.

But Thomas Becket did not die a martyr, as Rome and popular opinion maintain. Guy does not commit himself. Rightly, as Guy quotes from Augustine and Cyprian in the chapter, “Martyr,” it was “the validity of the cause for which a victim died, not the violence or sacrifice he or she had suffered along the way that made a true martyr” (346).

The cause for which Becket gave his life was not the truth and holiness of the gospel. It was not Jesus Christ. Rather, Becket died for contending with an admittedly tyrannical monarch over church properties and income, as well as over the church’s sole right to judge the clergy for civil offenses. Thomas Becket died for the carnal power of the apostate papal church and, not improbably, as Eliot suggests, for his own greater and lasting glory. With a view to his impending death, Becket is made by Eliot to say (although Eliot has Becket resisting the temptation):

The last temptation is the greatest treason:

To do the right deed for the wrong reason . . .

Servant of God has chance of greater sin

And sorrow, than the man who serves a king.

For those who serve the greater cause may make the cause serve them.

As he lay dying, the archbishop called on Mary and the saints: “To God and St. Mary and the saints who protect and defend this cathedral, and to the blessed St. Denis and St. Alphege, I commend myself and the church’s cause” (321). Trust in Mary and the saints is not the mark of a genuine martyr. How radically dif­ferent were the dying words of the first, genuine New Testament martyr, Stephen: “calling upon, and saying, Lord Jesus, receive my spirit,” and, “Lord, lay not this sin to their charge” (Acts 7:59, 60).

Adding to the book’s appeal, and worth, is its careful description of life in England in the twelfth century AD and its relating of an important slice of the tightly inter­twined political and ecclesiastical histories of Europe at that time. 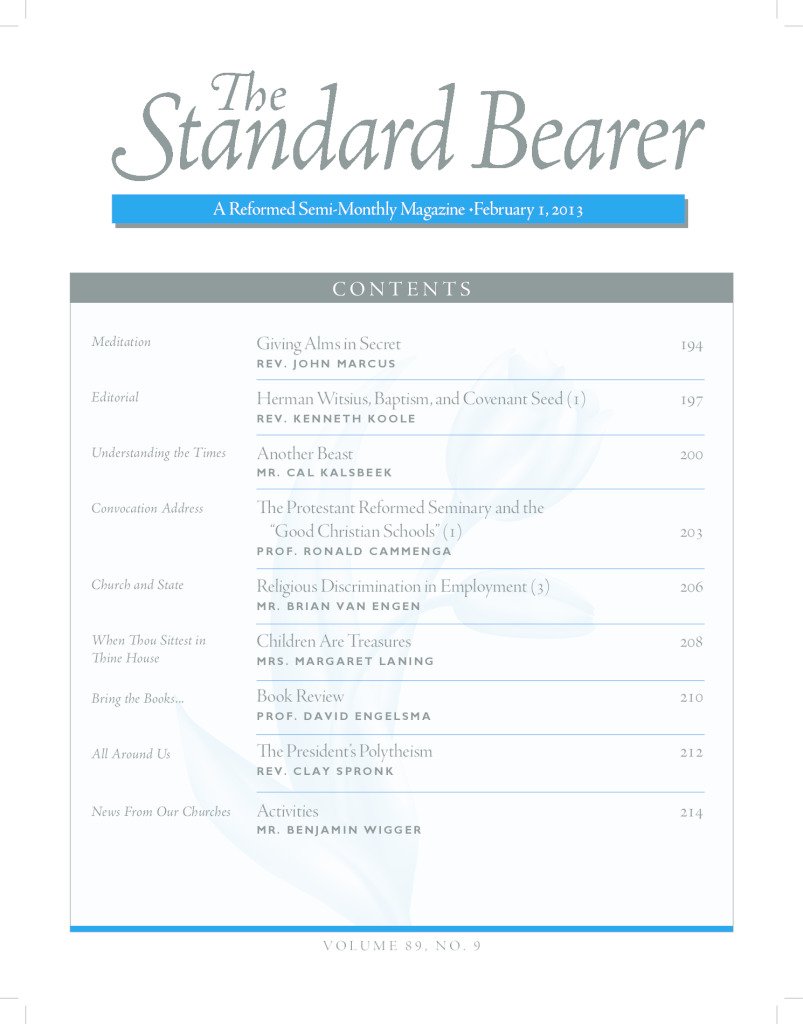