The Westminster Confession and Church Unity (1)

The Westminster Confession and Church Unity (1)

“The Nearest Conjunction and Uniformity in Religion”

The assembly of divines or theologians meeting in Westminster Abbey in London in the 1640s was passionately concerned with true church unity.¹

King Charles I (1625-1649), with his “divine right of kings,” and William Laud, the Archbishop of Canterbury (1633-1645), with his “divine right of bishops,” zealously sought to impose a different sort of unity in Britain: a unity in Erastian, Episcopalian, high church, ritualistic, Romanising Arminianism! Eventually the opponents of Charles I and Laud—Presbyterian Scotland and, south of the border, the Puritans (chiefly for religious reasons) and the parliamentarians (mainly on political grounds)—made common cause against them and their false church unity.

In subscribing to or ratifying the Solemn League and Covenant (1643), the General Assembly of the Church of Scotland, the Parliament of Scotland, both English Houses of Parliament (Commons and Lords), and the Westminster Assembly of divines all pledged themselves to:

[1] the preservation of the reformed religion in the Church of Scotland, in doctrine, worship, discipline, and government, against our common enemies; [2] the reformation of religion in the kingdoms of England and Ireland, in doctrine, worship, discipline, and government, according to the Word of GOD, and the example of the best reformed Churches (pp. 358-359).

The oath continues, we “shall endeavor to bring the Churches of God in the three kingdoms to the nearest conjunction and uniformity in religion,” before mentioning especially four particulars: “confession of faith, form of church government, directory for worship, and catechizing” (p. 359). Through “this blessed union and conjunction,” we shall endeavor “that the Lord may be one, and his name one, in the three kingdoms” (p. 359).

These are very comprehensive and ambitious proposals for a real and deep Christian unity (“the nearest conjunction and uniformity in religion”) that is generational and covenantal (“that we, and our posterity after us, may, as brethren, live in faith and love, and the Lord may delight to dwell in the midst of us,” p. 359) and is based on biblical and Reformed principles (“according to the Word of GOD, and the example of the best reformed Churches”) in all areas (“doctrine, worship, discipline, and government”) in the three churches and kingdoms of England (which in those days was understood to include Wales), Scotland, and Ireland!

Similarly, the Scottish ministers and elders sent to London were commissioned by the General Assembly of the Church of Scotland (19 August, 1643) to “further the so much desired union, and nearest conjunction of the two Churches of Scotland and England” in aiding the production of “one Form of Kirk-government, one Confession of Faith, one Catechism, one Directory for the worship of God” (p. 13)—the same four documents mentioned in the Solemn League and Covenant (above), though given different names.

Of these five, the General Assembly of the Church of Scotland (27 August, 1647) correctly identified the “Confession of Faith for the Kirks of God in the three kingdoms [as] being the chiefest part of that uniformity in religion which, by the Solemn League and Covenant, we are bound to endeavor” (p. 14). The Westminster Confession, the General Assembly continued, is the “principal part of the intended uniformity in religion, and…a special means for the more effectual suppressing of the many dangerous errors and heresies of these times” (p. 15). To this “chiefest” and “principal part” of the desired church unity in the British Isles, the Westminster Confession of Faith, we will turn in our next article, but first we shall consider the churchmen who produced it.

As well as looking to “the example of the best reformed Churches,” the Westminster Assembly reflected Reformed catholicity, and sought to further Reformed unity through its composition (or at least the invitations to attend). Parliament nominated two divines for each English county and one for each Welsh county. There were six Scottish commissioners. Anglican Archbishop of Armagh and Primate of Ireland, James Ussher, was invited but did not come. However, the Irish Articles of Religion (1615), largely formulated by Ussher, served as a model for parts of the Westminster Confession.

Likewise, three prominent New England churchmen (John Cotton, Thomas Hooker, and John Davenport) were requested to participate in the Westminster Assembly but were unable to attend. William Barker notes, “Two members of the Assembly had spent time in New England,” John Phillips and Sir Henry Vane, Jr., who had been Governor of the Massachusetts Bay Colony for a year.²

It would appear that the Westminster divines included at least three brethren of French or Huguenot blood: PhilippÃ© DelmÃ©, minister of the French-speaking congregation at Canterbury (a superadded divine), and Samuel de la Place and John de la March, ministers of the French Church of London, representing the Channel Islands of Jersey and Guernsey respectively.

The Westminster Assembly also included “one of Dutch or German descent,” “two or three Irishmen,” and “some who, to avoid the persecutions of Laud, had left their native land for a time and acted as pastors to the congregations of English exiles and merchants in Holland.”³

Indeed, Alexander Mitchell reckons, for Alexander Henderson—the main drafter of the Solemn League and Covenant, the Moderator of several Scottish General Assemblies (1638, 1641, 1643), and the undoubted leader of the Scottish delegation—”the closer union of the churches in Britain was chiefly valued…as a step towards securing the closer union of all the Reformed Churches.”4

The Westminster Assembly was “a matter of great interest to the Reformed Churches on the Continent.”5 S. W. Carruthers notes that the Westminster Assembly corresponded with Reformed ministers, churches, classes, and synods in the Netherlands (Walcheren, Zeeland, N. Holland, Amsterdam, Utrecht, Gelderland, etc.), Germany (Hamburg and Hesse), Switzerland (Geneva and Zurich), and France, as well as the Protestant Churches in Transylvania (today we would say Hungary and Romania), Poland, Sweden, and others.6 The Assembly of divines in London even wrote to the Dutch churches to thank them for their contributions for the Protestants in Ireland ( January, 1645).

However, the Westminster divines were not agreed on everything. The first main difference concerned church polity. Most of the Episcopalians who were invited by Parliament, being royalists and supporting Charles I, did not turn up, but there were a few at Westminster who held to Episcopalianism (a church hierarchy with archbishops, bishops, etc.) or a more moderate form of it. There was also a small, self-conscious party of Independents (who denied binding authority to broader church assemblies), led by the “Five Dissenting Brethren” (Thomas Goodwin, Philip Nye, Jeremiah Burroughs, William Bridge, and Sidrach Simpson). But most of the Westminster divines, including all the Scottish commissioners, were Presbyterians, as were a majority of the parliamentarians. However, most of the Presbyterian theologians held to divine right (jure divino) Presbyterianism, whereas Parliament favoured Presbyterianism on more pragmatic grounds.

The second major issue was the relationship between the church and the state. All the Westminster divines held that there should be an established state church (whether Presbyterian, Episcopalian, or Independent), but some were Erastians to various degrees (giving the civil magistrate unbiblical authority in church government and discipline), and most of the English Parliament was decidedly Erastian.

The differences on church polity (Presbyterianism, Independency, and Episcopalianism) and state authority over church government and discipline (Erastianism, non-Erastianism, and shades between them) obviously were complicating factors in hammering out two of Westminster’s formularies: the Directory for the Publick Worship of God and, especially, the Form of Presbyterial Church-Government. But with the Confession of Faith—and even more so with the Larger and Shorter Catechisms—the Westminster divines “were less impeded by differences among themselves.”7 While giving some examples of debates and dissenting voices in drafting the Confession, “on the whole,” notes William Beveridge, “the unanimity” was “marvelous” and “remarkable.”8 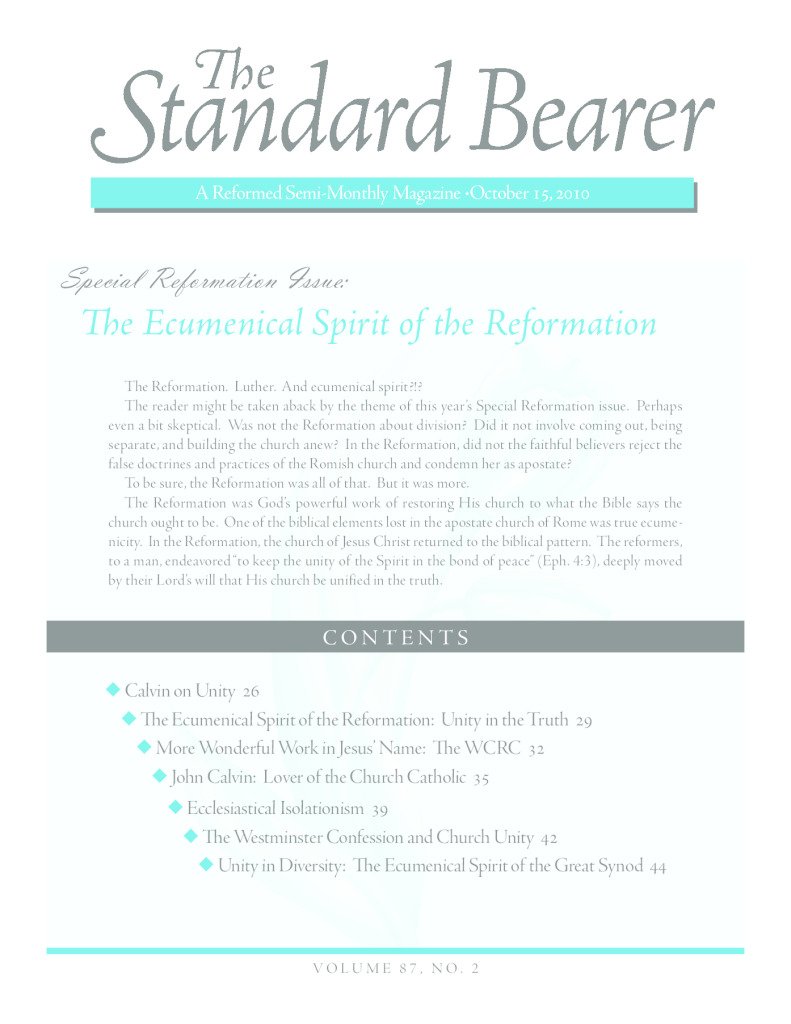