The Way to Heaven, by John Philips. Reviewed by Rev. Angus Stewart

The Way to Heaven, by John Philips. Reviewed by Rev. Angus Stewart

Some in our day claim that it is Roman Catholic or “extreme” to teach that outside the church there is no salvation (Latin: extra ecclesiam nulla salus), even though this has been a teaching of the historic Christian church from the church fathers onwards, including the Reformers, their successors, and the Reformation creeds: Luther’s Larger Catechism, the Catechism of the Church of Geneva, Belgic Confession 28, Second Helvetic Confession 17, and Westminster Confession 25:2.

Puritan John Philips’ recently republished book of 120 pages is a sustained argument that eternal life is found only in Christ’s church, for it is, as its title proclaims, The Way to Heaven for those eternally elected by God, redeemed by Jesus Christ, irresistibly drawn by the Spirit, and justified by faith alone.

Educated at Cambridge, John Philips [or Phillips] (1585-1663) ministered not only in England but also in Massachusetts in New England, then a British colony, before returning to (old) England. Philips began his ministry an Anglican or episcopalian, was a member of the largely Presbyterian Westminster Assembly, and became congregational in his ecclesiology.

The English Puritan presents his thesis: “It must be known and believed of all that desire salvation that the Regia via, the King of kings’ highway to heaven, is the Church, without which Church, there is no salvation” (23).

To “demonstrate this truth,” Philips turns first of all to the typology of “the ark of Noah, in which was most lively figured the Church of God…to show that salvation is and only is in the Church” (23). Interestingly, this ark imagery, used by Cyprian in the early church, is cited as the first proof by our Westminster divine and referred to continually by him (e.g., 23, 46-48, 93, 104, 118-119). It is also found in Heinrich Bullinger’s 1566 Second Helvetic Confession 17. Second, Philips explains the head-body union between Jesus Christ and His church (24).

Next, the author appeals to four other oft-recurring biblical pictures of the church (24-30): “This position, that salvation is to be had only in the Church, is not obscurely noted by those sacred families, so frequent in scripture, where the Church is resembled [1] to a house, [2] to a city, [3] to a mother, [4] to a vine” (24).

Next, Philips treats individually four steps in the ordo salutis or order of salvation: election, calling, justification, and sanctification (33-42), showing how each is “such a property of the Church that it cannot possibly be separated from it” (34). Thus, “if there is no salvation without election, calling, justification, and sanctification; and none of these to be found, but only in the Church of God, it follows necessarily that there is no salvation out of the Church” (42).

Philips enumerates four “means to effect and perfect man’s salvation”: “the written Word of God, called the Scriptures, the ministry of preaching the Word, the two sacraments of the New Testament, and prayer” (43). Quoting many pertinent texts of God’s Word, he proves that “these are the prerogatives of the Church” (43) and concludes, “Then we see that the means of salvation being only in the Church, salvation itself is only there, and not to be found elsewhere” (45).

The English Puritan makes a powerful exhortation to join a true church:

This calls all men with a most forcible invitation, even as ever they desire to be saved, to enter timely into this straight gate that leads to life (Matt. 7:14)…. This we should do—forsake all, and follow Christ (Mark 10:28); leave all societies for the communion of the saints; for the dove found no rest for the sole of her foot, but was fain to return into the ark again (Gen 8:9): so let a man compass the whole world, yet shall he never be able to find rest to his soul, until by entering into the Church, he take Christ’s yoke on him (Matt. 11:29) (48).

First, if someone were to claim that Philips is teaching that there is no salvation outside the invisible church, the company of the predestinate, he should know that The Way to Heaven excludes this, because the church that we are bound to join is the church institute with the two marks of a true church: faithful preaching and sacramental administration (43-45, 55-58, 87-90), for “the roadway [to heaven] is to be joined with some visible orthodox congregation” (47).

Second, a reader who is more familiar with fundamentalism or revivalism or modern evangelicalism (which are largely Anabaptist) than with the Reformed creeds and theology might think that Philips’ ship is sailing near Rome. Far from it! Philips engages in a lively polemic with the “Romish church” and its “Antichristian religion” (16), including its councils, publications, and theologians throughout The Way to Heaven (e.g., 49-105, 114-117).

Third, one with some grasp of Reformed soteriology with its sola fide but little knowledge of Reformed ecclesiology with its extra ecclesiam nulla salus might think that Philips is denying or compromising justification by faith alone. Not at all! The Puritan is rock solid on this article of a standing or a falling church (35-40, 108-111).

Philips’ The Way to Heaven is well worth buying and reading! 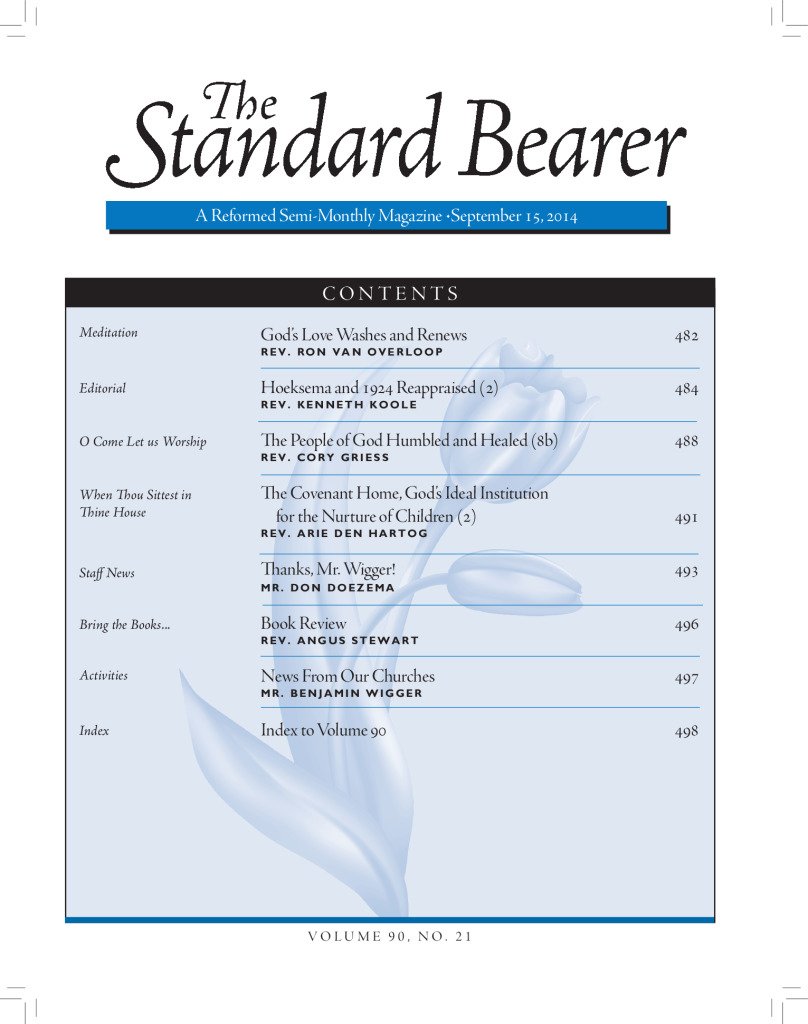