The Supreme Court recently handed down its decision in the case of Burwell v. Hobby Lobby Stores, Inc., which involved a challenge to certain provisions of the Affordable Care Act based on religious grounds. This case provides insights into the future of religious freedom jurisprudence, as well as a look at the factors that aid in establishing a claim of impingement on religious freedom.

To understand fully the implications of the Supreme Court’s decision in the Hobby Lobby case, one must look first at the history leading up to the decision. The First Amendment to the Constitution provides that the government cannot impede the Free Exercise of Religion. Over the years, the Supreme Court has decided many religious freedom cases that interpret precisely what that clause means as it relates to a particular case. These were cases such as those that determined that an employee who was fired for refusing to work on the Sabbath could not be denied unemployment benefits,1 and that the Amish could not be required to comply with a state law requiring children to remain in school until age sixteen.2 As the law developed in these cases, a balancing test was applied by the Court to determine if the government was unduly impeding religion. The test was whether the challenged action placed a “substantial burden” on the practice of religion, and if so, if it was needed to serve a “compelling government interest.” The Court sought to balance the burden on religion with the government’s interest.

Then in the 1990 Smith case, the Supreme Court eliminated the balancing test in a case involving members of a Native American Church who were denied unemployment benefits after they were fired for ingesting peyote for sacramental purposes.3 The Court established a new rule that “neutral, generally applicable laws may be applied to religious practices even if they are not supported by a compelling government interest.”4

In response to the Court’s decision in Smith, Congress enacted the Religious Freedom Restoration Act (RFRA), which specifically provides that “Government shall not substantially burden a person’s exercise of religion even if the burden results from a rule of general applicability.”5 If the government does burden someone’s religion, the government is required to prove that the burden on the person furthers a compelling government interest, and that the means used is the least restrictive means of furthering the government’s interest.6 The previous status of the law was restored, not by changing the First Amendment jurisprudence, but by the federal law enacted outside the bounds of the Constitution. The RFRA was later challenged as it was applied to state government action, and the Supreme Court held Congress had overstepped its power in applying the law to the states.7 However, RFRA was still valid as it applied to actions of the federal government.

When the Affordable Care Act (ACA) was passed in 2010, it included the requirement that those who employed more than fifty full-time employees provide a group health insurance plan with certain minimum requirements. These minimums include preventative care and screenings, without “any cost sharing requirements.”8 Companies that fail to provide such coverage face penalties. Congress did not specify what care met the minimum standards, but instead left that determination for the Department of Health and Human Services (HHS) to establish through regulations.

Hobby Lobby, Conestoga Wood Products, and Mardel challenged the HHS regulations because among the medications for which employers were required to provide coverage were four contraceptives that are abortive in nature.9 The three companies that brought the challenge are for-profit corporations owned by families who are Christian. The owners of the companies objected to having to provide coverage for abortive medications, which they considered wrong because of their religious beliefs. The companies pointed to the provisions of the RFRA for protection from the ACA mandate. HHS argued that the challengers did not have standing to claim the protection of RFRA because they are corporations, not individual people.

The Supreme Court, in a 5-4 decision, held that the companies did have standing to challenge the mandate, that the mandate did impose a substantial burden on the exercise of religion, and that the regulations were not the least restrictive means to achieve the government’s goal. The Court addressed HHS’s argument that a corporation could not claim protection under RFRA by noting that non-profit corporations could claim RFRA protection, and profit motive alone would not negate exercise of religion. The Court noted that the position taken by HHS would put merchants “to a difficult choice: either give up the right to seek judicial protection of their religious liberty, or forgo the benefits, available to their competitors, of operating as corporations.”10

The Court stated that a corporation is simply a form of organization used by human beings to achieve desired ends. The Court then noted that RFRA was designed to give very broad protection for religious liberty, and that by enacting the statute, Congress went far beyond what the Court had held as constitutionally required. The Court noted that, in this case, the corporations were closely-held companies, so that the views of the “companies” and the families that owned them were inseparable.

We should take note of the fact that, in finding the “sincerely held” religious beliefs of the companies, the Court looked to the companies’ documentation. Both companies had formal statements asserting their religious beliefs, which the Court quoted in reaching its decision. Conestoga’s board had adopted a “Statement on the Sanctity of Human Life,” in which the company declared its belief that “human life begins at conception.”11 Hobby Lobby’s statement of purpose commits the owners to “honoring the Lord in all [they] do by operating the company in a manner consistent with Biblical principles.”12 Incorporating references to our religious beliefs is important, not only when clarifying our religious positions in relation to businesses we may operate, but also for our churches and schools.

As Reformed believers, we often take for granted the concept that our faith influences everything we do, and that we do all things, including operating businesses, to the glory of God our Father. Writing about the Hobby Lobby case even before it was decided, Harvard Law professor Noah Feldman wrote concerning the separation of business and religion:

Classical Protestantism of the type associated with John Locke, the English father of modern American religious liberty, recognized a difference between actions that are inherently religious and those that are “indifferent” to salvation. I am confident that the founding fathers would have agreed with Locke and therefore with the distinction between doing business and doing religion. But times have changed. Many Catholics and Jews, not to mention some contemporary Protestants, may not recognize this distinction as meaningful, preferring every sphere of life to be treated as pervasively religious.13

The primary dissenting opinion in the Hobby Lobby opinion tried to draw the same distinction between for-profit corporations and religious non-profits. However, the majority opinion again referred to the written statements of the companies that demonstrated that the owners’ religious beliefs were not separate from the operation of their business.

Implications of the decision

The majority opinion in the Hobby Lobby case downplayed its significance and impact. Justice Alito pointed repeatedly to the fact that the case was decided based solely on the facts before the Court, with the corporations in question being closely-held, family corporations. However, Justice Ginsberg, writing for the dissent, began her opinion by saying, “In a decision of startling breadth, the Court holds that commercial enterprises, including corporations, along with partnerships and sole proprietorships, can opt out of any law (saving only tax laws) that they judge incompatible with their sincerely held religious beliefs.”14

The decision does have far reaching implications because of two components of the Court’s ruling. First, the notion that corporations and other entities can seek protection under RFRA is noteworthy, because of the large percentage of businesses that do operate as some sort of legal entity. Second, the Court’s broad definition of what constitutes the “exercise of religion” gives the ruling a much broader potential impact. The Court recognized that the exercise of religion can be incorporated into virtually any aspect of life. In a recent issue, we had looked at cases under state law in which businesses were sued for refusing to provide services at homosexual weddings.15 Under the Hobby Lobby ruling, one could easily argue that they are protected under federal law from such suits.

As stated previously, a prior Supreme Court case had found that the federal RFRA did not apply to the laws of the states, so the Hobby Lobby ruling does not directly protect an individual who is being sued under state law, as opposed to federal law. However, many state RFRA statutes are nearly identical to the federal RFRA, so state courts may tend to defer to the Supreme Court ruling in Hobby Lobby in interpreting the state RFRAs.

In conclusion, the Hobby Lobby decision does take a step in the right direction towards restoring religious freedom. However, as the government’s role in private citizens’ lives grows larger and larger, we can anticipate that the encroachments on religious liberties will also increase, as will the need to rely on the courts to determine whether the encroachment is permissible under the laws of the land. Our continued development of clear statements of our religious positions, and incorporating those statements in our businesses, schools, and churches, will enable us to demonstrate when the government is impeding the exercise of our religion. 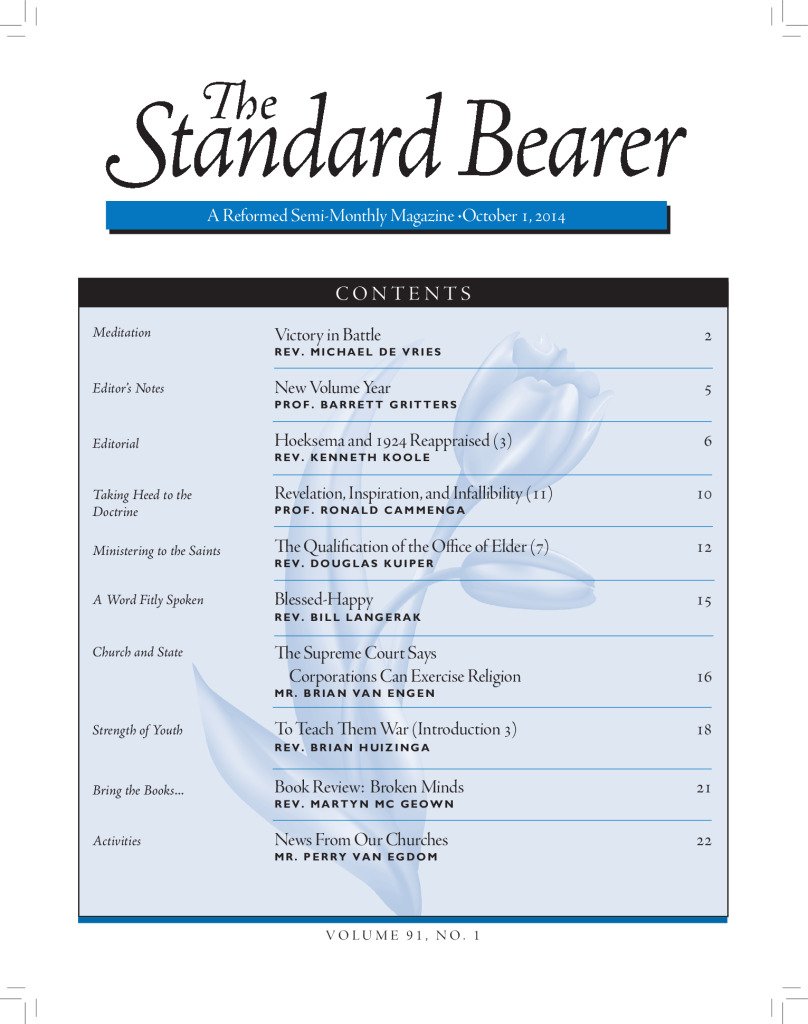