Mrs. Lubbers is a wife and mother in the Protestant Reformed Church of South Holland, Illinois.

And he turned back, and looked on them, and cursed them in the name of the LORD. And there came forth two she bears out of the wood, and tare forty and two children of them.

They were only little children. They didn’t mean what they said. Things like this happen when you get a group of kids together. They would never have used such taunting words had they foreseen the dire consequences. Wasn’t God a wee bit harsh?

The story described in II Kings 2:23-24 relates the horrific story of 42 children mauled and eaten alive by two ferocious mother bears. The children had merely mocked the. lack of hair of one of God’s servants, Elisha, and had told him where to go.

The entire incident is one prominent illustration of God’s strict regard for a quaint, fast-becoming-outdated word called respect. As schools all over this land begin, it is a passage particularly appropriate for children and young people; but it is equally applicable to all members of the Reformed family.

We are a generation which takes a casual view of those in authority, from the local police officer, often derisively referred to as a “fuzz,” to the President of the U.S., who is ridiculed in the daily cartoon on the editorial page of your newspaper. The minister in the pulpit, the elder in the pew, the employer in the marketplace, mothers, fathers, husbands, teachers in the school – no one is exempt from the gross disrespect of our age.

The Son of God Himself endured the disrespect of his compatriots. Listen to them: He is a winebibber .and a glutton – what kind of an authority figure is that? He hangs out with publicans and sinners L how can we respect a man who keeps company with folks such as these? And, check out his background – how can anyone esteem a fellow who comes from Nazareth? We certainly don’t have to listen to Him!

And our imaginations, too, are, exceptionally resourceful in excusing disrespectful behavior. No one deserves our respect. Or, so very few in authority, earn our respect. The employer doesn’t understand the lot of the employee; the elder is not so pious himself; the minister should practice what he preaches; the deacon is too materialistic himself to be a compassionate distributor of funds; the teacher is too rigid, or too lax, to be respected. My mother is inconsistent; my father, old-fashioned; and: my husband is just as big a sinner as I.

Having thoroughly excoriated all those to whom I owe respect, I have made myself the ultimate authority. I defer to no one. I have attained to the chilling words ofJudges 17:6, “And every man did that which was right in his own eyes.”

Each person legitimizes his rebellious spirit; but, basically, disrespect arises from our desire to be free’ from all restrictions. Our inclination is to resist God’s rules for authority. At least, do things my way, tit my time, for my seeming advantage. This was Eve’s desire in Paradise, although that desire made her a prisoner forever, and forever shackled all her sons and daughters.

The employee wants to be free of the restrictions set by his employer. No time clock. Longer coffee breaks. More pay. Fewer hours. The wife bridles at the rigidity and mundanity of her confinement within four walls. Young people say, “Why should I respect my parents’ decision that I must not attend the theater when, behind drawn drapes, we watch movies at home on our VCR ?” The parishioner laments, “How can I respect my elder as a watchman on Zion’s walls when he is absent from church by his frequent vacations? Respect, obedience, submission, and allegiance are strictures. Oddly, we wish to be birds in the water, or fish in the air.

Why must I show respect to all those in authority over me? Not only to preserve some sort of civil and social order in this lawless society, although an orderly society has decided advantages. Not only to insure domestic tranquility, although a peaceful home is of infinite comfort. Not just because my father and mother care for me and are older and bigger than I am, and so it’s in my best interest to show them respect. Not because my teacher wields a red pen and can do hideous things with my grades if I don’t show due piety. Not because my employer could hinder my advancement up the company ladder. Not because ministers and elders can exercise “key” power. But because in honoring all these we honor our Heavenly Father and the chain of command which He has ordered (Ephesians 5, 6).

Perhaps, like Moses, we have respect unto the reward (Hebrews 11:26). I am willing to set aside my will here because I have an eye for the reward which awaits all those who keep the fifth commandment. I wish to live long that is, everlastingly, in the heavenly Canaan.

Respect all those who have authority over you, for disrespect will kill you. 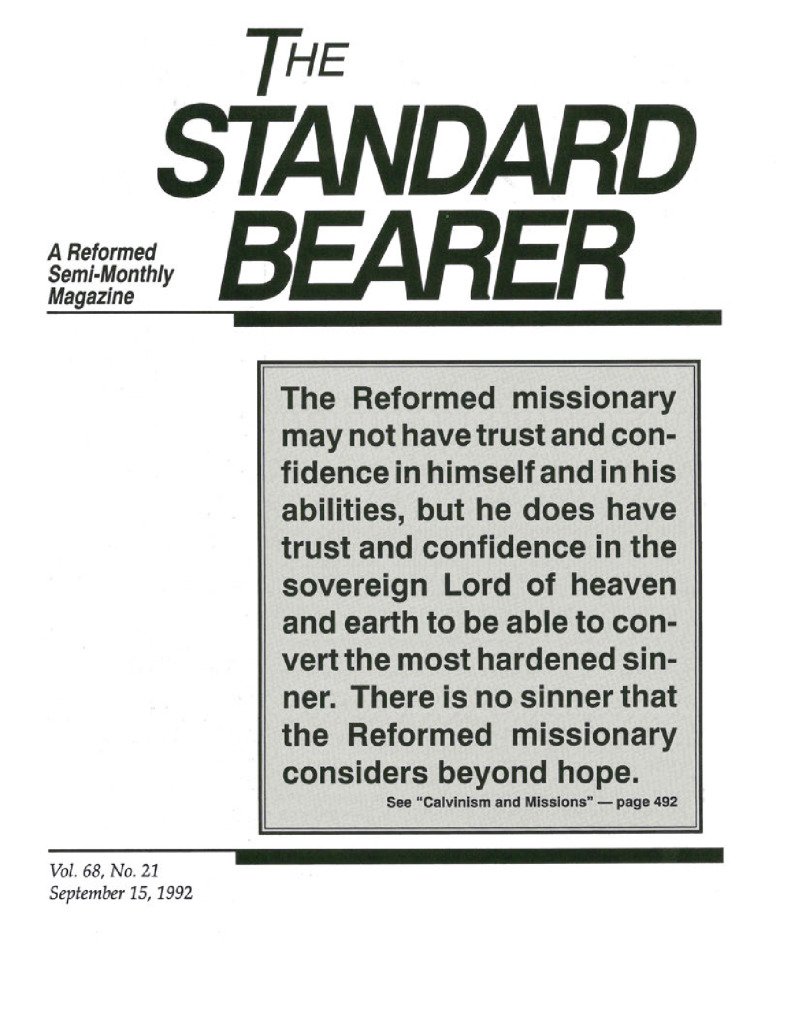