The Pursuit of Glory, by Jeffrey D. Johnson. Reviewed by Dr. Julian Kennedy.

The Pursuit of Glory, by Jeffrey D. Johnson. Reviewed by Dr. Julian Kennedy.

This book is useful as an evangelistic tool and as a spur to believers. By read­ing it, I believe, we will find that God uses it to answer the prayer of David in Psalm 139:23–24 to search us and know us and lead us in the way everlasting. This book, like Scripture, is a sharp sword (Heb. 4:12) to expose our motives, why we do things, knowing God looks at our hearts.

By covering all the basic human needs, the author shows us how fallen humanity perversely seeks to sat­isfy them. In the main, the book is theologically sound and very readable. The foreword spells out its basic the­sis which is Augustinian, namely, “You have made us for yourself, O God, and our hearts are restless until they find their rest in you.” The chapters in turn show that the pursuit of happiness, purpose, truth, freedom (from sin, death and selfishness), companionship, peace, holiness and life (abundant) are all only found in rela­tionship with God.

One basic error he repeats, and it is one widely be­lieved among evangelicals, is that we (though fallen) are still made in God’s image. Had he said we were made in God’s image, he would be correct; but now as fallen creatures and totally depraved, we have lost all of that image which consisted of true knowledge of God, righ­teousness, and holiness. That image is only renewed when we are born again (Eph. 4:24). He also ought to have said that pursuing God was part of our original humanity but now no man naturally seeks for God (Rom. 3:11). He gets the ordo salutis (order of salva­tion) wrong when he says, “By faith in God we are not only born again but empowered by the Spirit…” Re­generation precedes faith, which is one of its fruits!

Some very pithy sayings found in the book include, “The biblical contrast to glory is vanity.” He maintains that the deep-seated longing of our hearts (he ought to qualify this by saying regenerated hearts) is for eternal glory that is only found in God; it is the satisfying, in­ter-trinitarian glory (John 17:5). As the Westminster Confession states, “Man’s chief end is to glorify God and enjoy Him for ever.” We can never be self-suffi­cient simply because, unlike God, we are dependent creatures. “The cause of sin stems from a heart that desires to satisfy a legitimate craving with an illegiti­mate experience.” “Finite and perishable things were not designed to fill the God-shaped hole in our hearts.” “The end of love is the betterment of the other while the end objective of lust is the satisfaction of self.”

Near the end of the book he says something I had to contemplate but eventually had to agree with, namely, that Christ was the “happiest,” that is, most joyful person who ever lived, despite the fact that He was a man of sorrows. He never lost His joy and was able to obey the Pauline injunction to rejoice evermore (Phil. 4:4), except when He was deserted in those awful last hours before He said, “It is finished.” Hence, the joy of the Lord is our strength (Neh. 8:10). 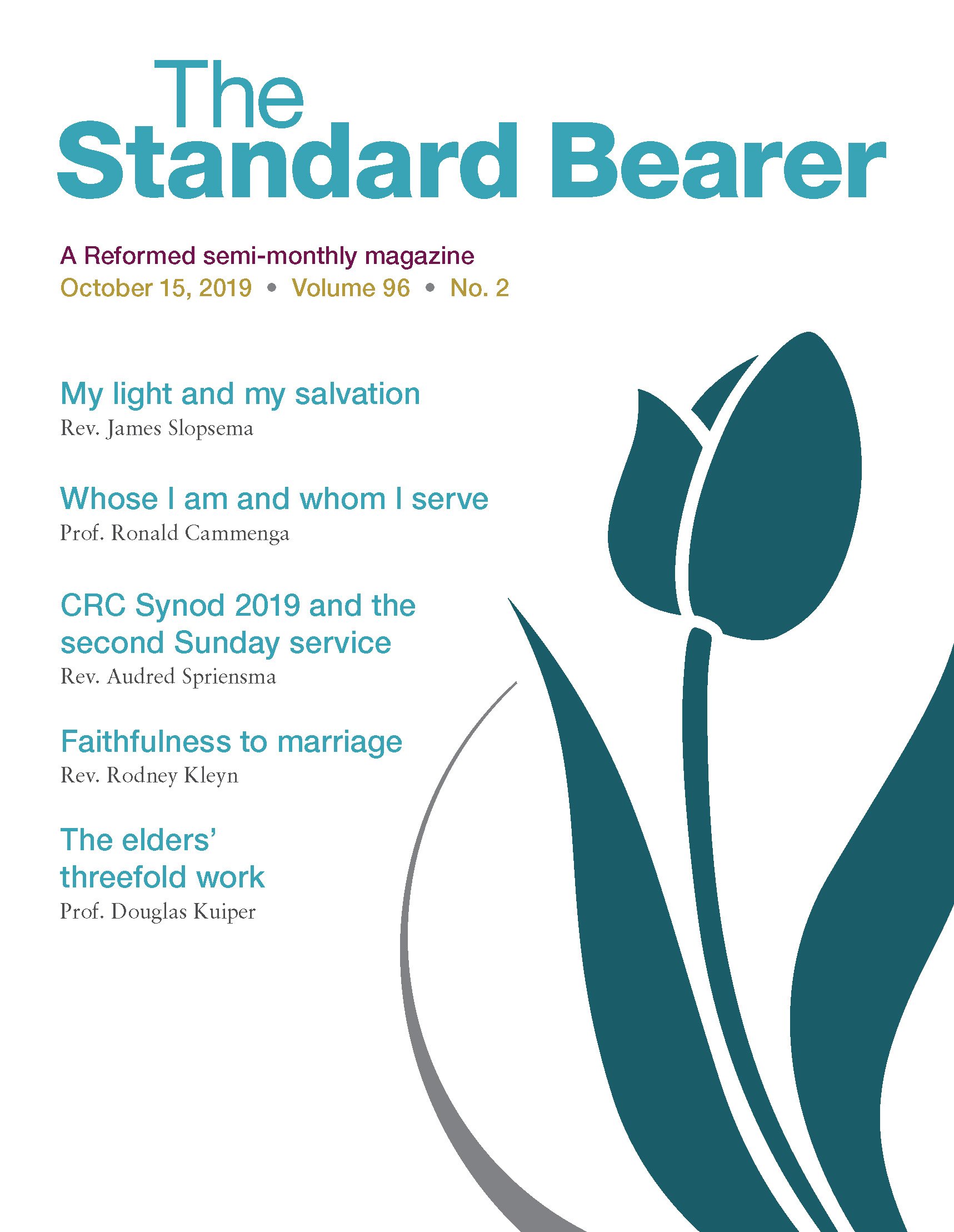