We are attempting in this series of editorials to treat both the Murray Stonehouse pamphlet, The Free Offer of the Gospel, and the more recent booklet by pastor Erroll Hulse, The Free Offer, An Exposition of Common Grace and the Free Invitation of the Gospel. Thus far in this part of our critique—by way of summary—we have presented the first two items of alleged scriptural proof offered by the Murray Stonehouse pamphlet, namely, Matthew 5:45-58 and Luke 6:35, 36. We have criticized the Murray Stonehouse misuse and misinterpretation of these passages. And we have presented briefly our explanation of the passages in question. Then we turned briefly to the pamphlet by pastor Erroll Hulse, in order to point out that he also proceeds from the notion of common grace to the idea of the “free offer.” We criticized pastor Hulse’s booklet on the ground that it is totally lacking in exegesis in connection with several passages of Scripture which it cites in support of the theory of common grace. And we noted that, like the Murray Stonehouse pamphlet, it is guilty of assumingthat which it ought to prove, of begging the question.

We also promised to show, in the course of our discussion, that the entire idea of a favor of Godtoward the reprobate wicked is contrary to the current thought of Scripture. This we deem to be a very serious lack in both booklets. As we pointed out several months ago at length, when one adduces Scriptural evidence in support of a certain doctrine, he must not merely be able to quote some passages of Scripture in isolation from the whole of Scripture. He must not merely cite a few texts which might sound, superficially at least, to support the theory of a favor of God toward the reprobate and the theory of a free offer. Such use of Scripture can only lead to grave errors. The question is: what is the current teaching of Scripture? And in this particular instance, the question is: is the Murray Stonehouse understanding and the Hulse understanding of the Scriptural passages cited in harmony with the current thought of Scripture? And we maintain that the position taken by both pamphlets in regard to these passages is contrary to the current teaching of Scripture. This we purpose to show conclusively at this time.

It is the position of the proponents of the “free offer” that God loves the wicked, also the wicked that never come to repentance, and that these wicked are the objects of God’s grace and lovingkindness. This is the first issue which must be put to the test of Scripture. The second is that it is in this alleged love to the wicked, also the wicked who do not repent, that God bestows the things of this present life on them. It is in this connection, you will recall, that the Murray Stonehouse pamphlet quoted Matthew 5:45-48 and Luke 6:35, 36. While they admitted that these passages do not deal with the “free offer of the gospel,” they maintained that these passages tell us “something regarding God’s benevolence that has bearing upon all manifestations of divine grace,” and therefore upon the alleged manifestation of divine grace in the “free offer.” Over against this, we hold that God does not love, but hates the wicked who never come to repentance. The latter are, of course, the reprobate. But for the sake of argument, we will not even use the term reprobate, but simply speak of the wicked. And we will simply allow the Scriptures to speak, and show that the current teaching of Scripture literallycontradicts the position of the Murray Stonehouse pamphlet (and also, of course, that of the Hulse booklet). We can quote Scripture at length, and simply allow Scripture to speak for itself with respect to this question. And bear in mind, please, that this is of the utmost importance. Scripture does not contradict itself. This means, therefore, that no individual passage of the Word of God can be in conflict with the current teaching of Holy Scripture. This is sound exegetical principle. It has always been the Reformed method of exegesis to explain a given passage in the light of the whole of Scripture. And this “light of the whole of Scripture” we will now allow to fall on the issue at hand. Parenthetically, we may remark that when the late Rev. Herman Hoeksema dealt with this subject in Volume 33 in a series of articles which he for some reason never completed, he compiled a large number of passages from Holy Scripture to demonstrate this current teaching of Scripture. For the most part we will quote those passages.

Turning to the book of Psalms we cite the following:

Psalm 5:5, “The foolish shall not stand in thy sight; thou hatest all workers of iniquity.”

Psalm 5:6, “Thou shalt destroy them that speak leasing: the Lord will abhor the bloody and deceitful man.”

Psalm 7:11-13: “God judgeth the righteous, and God is angry with the wicked every day. If he turn not, he will whet his sword: he hath bent his bow, and made it ready. He hath also prepared for him the instruments of death; he ordaineth his arrows against the persecutors.”

Psalm 9:17: “The wicked shall be turned into hell, and all the nations that forget God.”

Psalm 11:4-6: “The Lord is in his holy temple, the Lord’s throne is in heaven: his eyes behold, his eyelids try, the children of men. The Lord trieth the righteous: but the wicked and him that loveth violence his soul hateth. Upon the wicked he shall rain snares, fire and brimstone, and an horrible tempest: this shall be the portion of their cup.”

Psalm 21:8-11: “Thine hand shall find out all thine enemies: thy right hand shall find out those that hate thee. Thou shalt make them as a fiery oven in the time of thine anger: the Lord shall swallow them up in his wrath, and the fire shall devour them. Their fruit shalt thou destroy from the earth, and their seed from among the children of men. For they intended evil against thee: they imagined a mischievous device, which they are not able to perform.”

Psalm 34:15, 16: “The eyes of the Lord are upon the righteous, and his ears are open unto their cry. The face of the Lord is against them that do evil, to cut off the remembrance of them from the earth.”

Note carefully that it is literally true of many of the above passages, so that they need not even be further explained, that God’s attitude toward the wicked not only for the future but even in this present time is the very opposite of an attitude of lovingkindness and grace. And this is also true according to the book of Proverbs. Pay attention to the following passages from this book which is replete with sharp antitheses:

Proverbs 3:31-33: “Envy thou not ihe oppressor, and choose none of his ways. For the froward is abomination to the Lord: but his secret is with the righteous. The curse of the Lord is in the house of the wicked: but he blesseth the habitation of the just.” More graphically it would not be stated. Notice: Jehovah’s curse, the word of His wrath, is right in the house of the wicked, under his very roof! We ask: does the Lord bless the house of the wicked at the same time that His curse is in that house? Such an idea is obviously contradictory and inexpressibly foolish.

Proverbs 10:3: “The Lord will not suffer the soul of the righteous to famish: but he casteth away the substance of the wicked.”

Proverbs 10:6: “Blessings are upon the head of the just: but violence covereth the mouth of the wicked.”

Proverbs 12:2: “A good man obtaineth favor of the Lord: but a man of wicked devices will he condemn.”

Proverbs 12:22: “Lying lips are abomination to the Lord: but they that deal truly are his delight.”

Proverbs 15:6: “In the house of the righteous is much treasure: but in the revenues of the wicked is trouble.”

Proverbs 15:8: “The sacrifice of the wicked is an abomination to the Lord: but the prayer of the upright is his delight.”

Proverbs 15:9: “The way of the wicked is an abomination unto the Lord: but he loveth him that followeth after righteousness.”

Proverbs 15:26: “The thoughts of the wicked are an abomination to the Lord: but the words of the pure are pleasant words.”

Proverbs 15:26: “The Lord is far from the wicked: but he heareth the prayer of the righteous.”

The simple fact is that it is impossible to find in this book of Proverbs a love or favor of God to the wicked.

And the same is true of the prophets. The fundamental note of the prophets is found in a passage like Isaiah 3:10, 11: “Say ye to the righteous, that it shall be well with him: for they shall eat the fruit of their doings. Woe unto the wicked! it shall be ill with him: for the reward of his hands shall be given him.” Or attend to a passage such as Isaiah 5:20-25: “Woe unto them that call evil good, and good evil; that put darkness for light and light for darkness; that put bitter for sweet, and sweet for bitter! Woe unto them that are wise in their own eyes, and prudent in their own sight! Woe unto them that are mighty to drink wine, and men of strength to mingle strong drink: Which justify the wicked for reward, and take away the righteousness of the righteous from him! Therefore as the fire devoureth the stubble, and the flame consumeth the chaff, so their root shall be as rottenness, and their blossom shall go up as dust: because they have cast away the law of the Lord of hosts, and despised the word of the Holy One of Israel. Therefore is the anger of the Lord kindled against his people, and he hath stretched forth his hand against them, and hath smitten them: and the hills did tremble and their carcasses were torn in the midst of the streets. For all this his anger is not turned away, but his hand is stretched out still.” And to mention but one more passage, take note of Isaiah 57:20, 21: “But the wicked are like the troubled sea, when it cannot rest, whose waters cast up mire and dirt. There is no peace, saith my God, to the wicked.” 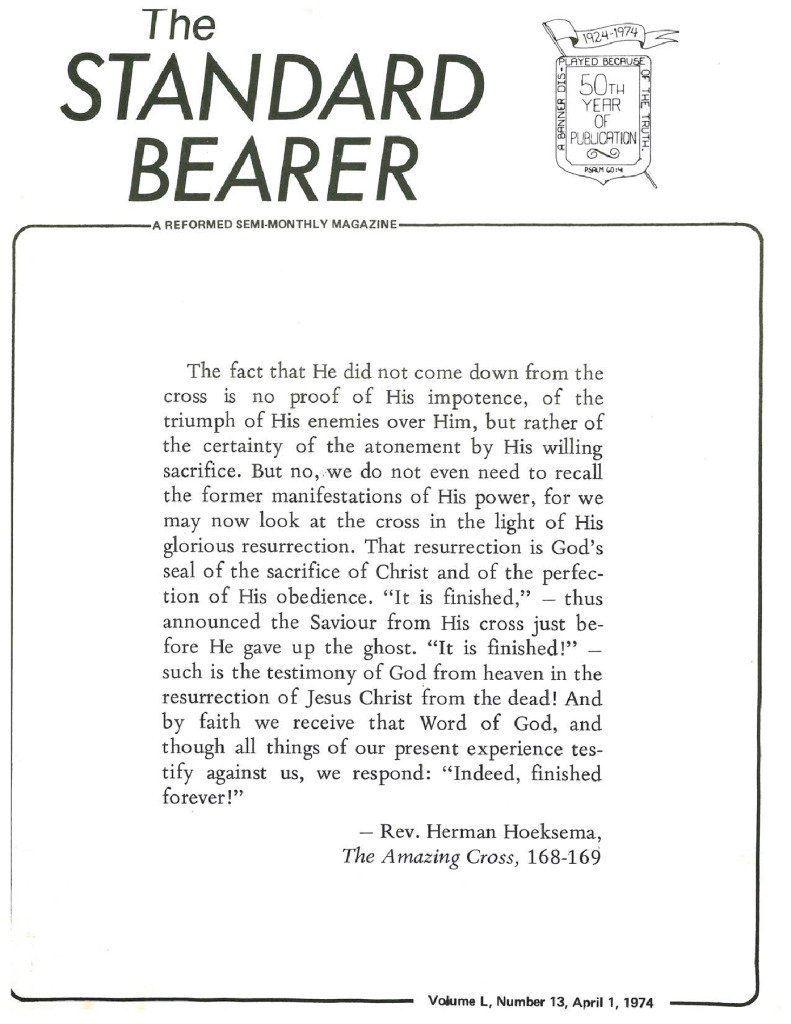