The Lord’s Case Against His Church In Israel

The Lord’s Case Against His Church In Israel

The scene in this chapter is one of misery (2-4ff), deliverance (18, 25, and thanksgiving (26, 27). Where the church, the vineyard, appears bleak and dismal, how bad and black must be this wilderness world!

I. The Despair of Getting a Hearing with the People of Israel. “Hear, ye heavens, and give ear, 0 earth!” Cold stars and hard-rock earth are more likely to respond than Israel when the reason given for doing so is “for Jehovah speaks. “ The Mosaic parallel has, “Give ear, O ye heavens, and I will speak; and hear, O earth, the words of My mouth” (Dt. 32:1). Getting men to think is difficult enough in itself, but especially to think about spiritual things, about their souls’ welfare, about God and eternity. They will think about anything and everything else before they will about the most serious matters. They will more readily think of man’s flying to and landing on the moon than of getting to heaven. They trifle, even tamper, with history, but do not see it as a record of their crimes dogging their steps to judgment (I Tim. 5:24). Time is spent as though it were chiefly intended as a past time. Life is wasted as though it does not rush headlong to eternity. When men do hear or read anything from the Word of the Lord they do not apply it to themselves, nor take it to heart. They will never learn until taught by the Spirit of truth the true wisdom. Here the universe is called upon to hear as witnesses and judges the Lord’s complaint of Israel’s ingratitude. It was He who said, “Sons I have made great and exalted. “ The Lord did this, creating them in covenant relation with Him. Sons are bound to God in the family relation of fellowship and friendship. This is the bond of love which ties God to His church and people, so that, His elect church is called the sonsof God. Of the nation God had said, “Israel is My son, even My firstborn; and I say unto thee (Pharaoh), let My son go, that he may serve Me; and if thou refuse to let hin go, behold, I will slay thy son, even thy firstborn” (Ex. 4:22-23). To the nation God had said, “Ye are the children of the Lord your God,” but added, “children in whom is no faith” (Dt. 14:1,32:20). Of them He asked, “Do ye thus requite the Lord, O foolish people and unwise? Is not He thy father that bought thee? bath He not made thee, and established thee? . . . Of the Rock that begat thee, thou art unmindful, and hast forgotten God that formed thee” (32:6,18). The Lord had begotten them from Abraham and Sarah, who was mother of nations; kings of people were born of her (Gen. 17:16). They spent their childhood in Egypt, their youth in the desert, their young manhood in Canaan, and their adult manhood in the time of David and Solomon, when finally it could be said, “Sons I have made great and exalted.” But, indeed, how ill they requited the Lord! “If God were a demon, man could hardly be more cold toward Him,” (Spurgeon).

II. The Crime of Rebellion Charged Against Them.“1 raised sons (a covenantal term) and they (heavy emphasis being placed here) have rebelled against Me. ” Their sin was a violent breaking away and breaking loose from God, which Adam did first of all inwardly before the outward act followed. It was idolatry and covenant breaking, putting themselves out of the covenant, as did Cain, Esau and Israel under Jeroboam. Here is rebellion in the church. This is true of many today who become weary of the instituted worship of God in the church where spiritual food is provided them, and rebel against it to worship God in their own way outside the traditional church structure. These outside, underground cells are audience-centered, not pulpit-centered, having no place for pulpit, preaching, minister, elders, deacons, sacraments, doctrinal statement, biblical liturgy, psalmody or hymnody. Instead of sermon-based worship, folk-songs, “dialogue and “rap sessions” displace all serious study of the Word of God. “They have rebelled against” the Lord, against the biblically prescribed worship of the Lord and the ways and means of grace; they have forsaken the assembling of themselves together according to the due order; they have neglected the hearing of the Word and attendance at the stated services of the Lord’s house. But to illustrate further the rebellion in Israel would require much more than the allotted space.

III. The Ignorance and Lack of Understanding in Them. Israel is in contrast to the inanimate creation, for it declares the glory of God and shows forth His handiwork. In fact, Israel is not only inferior to unfeeling elements, but also to dumb domestic brutes noted for their stolid stupidity. “The ox knows its owner, and the ass its masters‘ (plur.) crib. Israel (with special emphasis) knows not. ” “Now Israel is a name of nobility; it signifies a prince; and . . . those who are the sons of pious parents . . . trained in the fear of God . . . Does it not disgrace you as a man of godly lineage to be no better than the sons of Belial in the matter of earnest consideration?” (Spurgeon). “Israel knows not.My people do not discern.” Where God “has showed himself unto them” (Rom. 1:19), they have not noticed nor paid attention. Such disgraceful inhuman ingratitude is not found in the ox and ass, which manifest a natural sagacity compared to them, and a lowly dependence on their masters, and “observe the order of nature more correctly, and display greater kindness, than men themselves.” (Calvin). “Yea, the stork in the heaven knoweth her appointed times; and the turtle (dove) and the crane and the swallow observe the time of their coming; but My people know not the judgment of the Lord” (Jer. 8:7). They are taught more than the beasts of the earth and the fowls of heaven (Job 35:11), yet know far less. “For what sort of wisdom can be left when one does not know God?” (Lange’s Commentary).

Israel became so degraded that they no longer recognized God as Father and themselves as His children. They “were not merely a nation,” like any other nation on the earth, but were ‘Israel,’ descendants of Jacob, the wrestler with God, who wrestled down the wrath of God, and wrestled out a blessing for himself and his descendants; and ‘My people,’ the nation which Jehovah had chosen out of all other nations to be His possession, and His own peculiar government.” (Keil and Delitzsch, Isaiah, Vol. I, 78). IV.

The Depravity and Corruption of their Church and Kingdom. The .Lord speaks first as a father to His sons, then as a master to His servants. “A son knoweth his father, and a servant his master; if, then, I be a father, where is Mine honor? and if I be a master, where is My fear?” (Mal. 1:6). “Woe! nation sinning!” The sinning is constant, a state of “only evil continually,” (Gen. 6:5). Goi is a term in some contemporaneous connections used to denote a contemptible people, and then is translated Gentiles. But Israel was to be ,i>goi kadish, a holy nation (Ex. 19:6), yet it was the opposite, not holy, but a “sinning nation.” Judah, along with Edom, Ammon and Moab, is also listed as one of the uncircumcised goyim (Jer. 9:26). So the remarkable expression, hoi goi, shows that because the nation was habitually sinning it was a nation of woe. But the Lord does not compare His people to the Gentiles. He is much more severe with them, comparing them to stupid animals. Sin had brought them lower than animals. Ours, too, is a nation sinning, so much so that it is one altogether born in sin (Jn. 9:34). Think of its deistic Declaration of Independence. Then there are the lotteries and abortions wherein the nation makes sin a real, legal trade; in fact sin is its best amusement, which is proved daily in the news media’s amusement pages boasting and flaunting the vilest sins.

They were “a people laden with iniquity,” like an ass staggering under a crushing burden. They were the boasted seed of Abraham, but had degenerated to “a seed of evil-doers (cp. ‘house of evil-doers,’ 31:2, though it ought to have been a ‘holy seed,’ 6:13), sons, corrupters. ” They were not only corrupt, infected from head to foot (v. 6), but corrupters, polluting others. Take the horribly corrupt public school system, full of corrupt teachers, corrupting others, namely the children they teach, so that at a tender age they are thoroughly godless, atheistic, and, as a result of their brain-washing in force-fed “sex education,” are almost exclusively sex-minded. Parents are shocked if their children become exposed to anything religious, but are unmoved by the fact that today’s pupils are familiar with the details of every known sex perversion. They put their children not only in the hands of sinners, but of tempters and despoilers of youth. Such parents, then, are not only actuated by Satan, but are the hack-horse agents for the devil. A seed of evil-doers, sons, corrupters, they were children of bad parents doing worse than their fathers. First stated is their character, then their conduct. They are a bad seed and bad actors. Then follows the evidence that they were such a corrupt seed, a race of rebels. “They have forsaken Jehovah. ” This is sin and iniquity in general, and in particular, rejection of the one true religion, the religion of Jehovah. “They have despised the Holy One of Israel,” which reveals a terrible aggravation of their sin, in that Israel knowing God as the Holy One, not only knew Him as the only God, and as their God, but as “infinite, eternal, unchangeable, in His being, wisdom, power, holiness, justice, goodness and truth,” yet treated Him with contempt. God is Kadosh Yisrael, the Holy One of Israel, a word meaning “to be pure, clean,” containing the primary idea of “to be bright.” See 10:17, where “the Light of Israel” is the “Holy One” of Israel. “They withdraw themselves behind “At whatever far reach from God they find themselves, they deliberately drop behind that. The farthest they can get from Him is too close for them. To have “forsaken Jehovah” is apostasy in essence. To have “despised the Holy One of Israel” is apostasy in thought; and to “withdraw themselves behind” Him, not following Him, but turning their backs on Him, is apostasy in action. This made the nation wholly apostate, and so, utterly ruined, which total ruin was destined to come in a little over a hundred years. 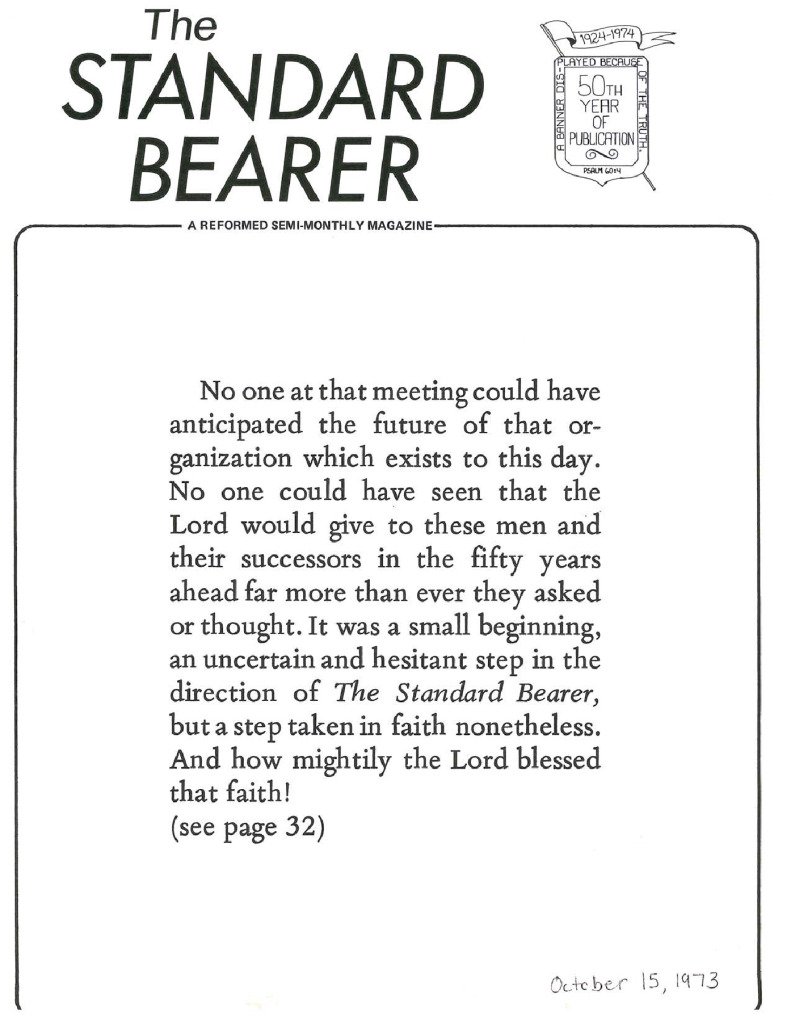