The Doctrine of Atonement THE REFORMATION PERIOD

The Doctrine of Atonement THE REFORMATION PERIOD

In our preceding article, beginning our treatment of the history of the dogma of the atonement as set forth by the Reformation, we called attention to what the Lutheran Formula of Concord sets forth with respect to the doctrine of predestination. And we concluded with the remark that, the Lord willing, we would call attention in our following article to certain glaring inconsistencies in this Formula of Concord. We must remember that the formulation of the doctrine of predestination in this Formula of Concord was under the influence of the teachings of Melanchthon, Luther’s co-worker in the Reformation and a man who certainly was not as pure as Martin Luther.

In Art. II, concerning the free will of man, the Formula of Concord states the following, and we realize that these declarations are influenced by the position of Luther:

I. Concerning this matter, the following is our faith, doctrine, and confession, to wit: that the understanding and reason of man in spiritual things are wholly blind and can understand nothing by their proper powers. As it is written:

“The natural man perceiveth not the things of the Spirit of God: for they are foolishness unto him: neither can he know them, because he is examined concerning spiritual things.”

II. We believe, teach, and confess, moreover, that the yet unregenerate will of man is not only averse from God, but has become even hostile to God, so that it only wishes and desires those things, and is delighted with them, which are evil and opposite to the divine will. For it is written:

“For the imagination and thought of man’s heart are prone to evil from his youth.” Also

“The carnal mind is enmity against God: for it is not subject to the law, neither indeed can be.”

Therefore we believe that by how much it is impossible that a dead body should vivify itself and restore corporal life to itself, even so impossible is it that man, who by reason of sin is spiritually dead, should have any faculty of recalling himself into spiritual life; as it is written:

“Even when we were dead in sins, He hath quickened us together with Christ.”

III. Nevertheless the Holy Spirit effects the conversion of man not without means, but is wont to use for effecting it preaching and the hearing of the Word of God, as it is written:

“The gospel is a power of God unto salvation to every one that beheveth.” And:

“Faith cometh by hearing of the Word of God.” And without question it is the will of the Lord that His Word should be heard, and that our ears should not be stopped when it is preached.

With this Word is present the Holy Spirit, Who opens the hearts of men, in order than, as Lydia did

they may diligently attend, and thus may be converted by the sole grace and power of the Holy Spirit, Whose work, and Whose work alone, the conversion of man is. For if the grace of the Holy Spirit is absent, our willing and running, our planting, sowing, and watering, are wholly in vain;

if, that is, He does not give the increase, as Christ says:

“Without Me ye can do nothing.” And, indeed, in these few words Christ denies to free-will all power whatever, and ascribes all to Divine grace, “that no one may have whereof he may glory before God.”

These articles on the Formula of Concord on the free will of man are sound. They undoubtedly reflect the thinking and writings of Martin Luther as that reformer wrote on this subject in his “Bondage of the Will.” This, however, is not in harmony with what we read in Art. XI of the Formula of Concord, which article sets forth what it considers to be the truth of the eternal predestination and election of God. These articles on Divine predestination we quoted in our preceding article. We can never maintain the offer of salvation to all men on the one hand and the truth of the utter corruption and death of the sinner on the other hand. An offer of salvation can be well-meaning and serious only when the sinner to whom the offer is presented is able to accept it. This lies in the nature of the case. Sovereign predestination and particular atonement can be maintained only as long as one maintains the utter and absolute depravity of the sinner. To say that the sinner is hopelessly and helplessly depraved means that he can do nothing unto his own salvation. This means that the Lord must always take the initiative. But to teach that the Lord must always take the initiative, take the first step, surely means that He takes that first step in whom He pleases, never waits upon any action of the sinner; should He do the latter, then no sinner could possibly be saved.

We now call attention to this doctrine of the atonement as set forth in the writings of John Calvin. There are no articles in the Lutheran Augsburg Confession or the Formula of Concord which deal specifically with the atonement of Christ. So, we now turn to John Calvin. In these quotations from Calvin’s Institutes of the Christian Religion, the emphasis is not laid upon the particular character of the sufferings and death of Christ. This was obviously not an issue of controversy. The particular character of the atonement of Christ is not treated until in connection with the Arminian controversy and the Synod of Dordt of 1618-1619. But it is worthy of note how Calvin stresses the character of the sufferings and death of Christ, laying all emphasis upon the element of vicarious atonement. Calvin discusses the death of Christ in Book II of his Institutes, Chapters 16 and 17.

Notice how this element of satisfaction appears in the very first paragraph on Chapter I:

But here we ought diligently to examine how He has procured salvation for us; that we may not only know Him to be the author of it, but, embracing these things which are sufficient for the establishment of our faith, may reject every thing capable of drawing us aside to the right hand or to the left. For since no man can descend into himself and seriously consider his own character, without perceiving that God is angry with him and hostile to him, and consequently he must find himself under a necessity of anxiously seeking some way to appease Him, which can never be done without a satisfaction,—this is a case in which the strongest assurance is required. For sinners, till they be delivered from guilt, are always subject to the wrath and malediction of God, Who, being a righteous Judge, never suffers His law to be violated with impunity, but stands prepared to avenge it.

In this paragraph the Genevan reformer clearly emphasizes the element of satisfaction. He speaks here of God’s anger and hostility to the sinner, that the sinner must find some way to appease the Lord, and that this can never be done without a satisfaction. He also writes that sinners, until they are delivered from guilt, are always subject to the wrath and malediction of God, and that the Lord, being a righteous Judge, never suffers His law to be violated with impunity, but always stands prepared to avenge that law. Calvin, therefore, clearly emphasizes that sin is guilt and that the Lord can never be appeased without satisfaction.

Before Calvin treats the subject of the atonement he first asks the question how it must be harmonized that God can love us while He is our enemy. He writes:

Before we proceed any further, let us examine, by the way, how it could be consistent, that God, Who prevents us (comes before us—H.V.) with His mercy, should be our enemy, till He was reconciled to us by Christ . . . . The Spirit speaks in the Scriptures merely in this manner—That God was an enemy to men, till by the death of Christ they were restored to His favor; that they were under the curse till their iniquity was expiated by His sacrifice; that they were separated from God, till they were restored to union with Him by the body of Christ . . . For if it were not clearly expressed, that we are obnoxious to the wrath and vengeance of God, and to eternal death, we should not so fully discover how miserable we must be without the Divine mercy, nor should we so highly estimate the blessing of deliverance . . . But if, on the contrary, he be told, what the Scripture teaches, “that he was alienated from God by sin, an heir of wrath, obnoxious to the punishment of eternal death, excluded from all hope of salvation, a total stranger to the Divine blessing, a slave to Satan, a captive under the yoke of sin, in a word, condemned to, and already involved in, a horrible destruction; that in this situation, Christ interposed as an intercessor; that He has taken upon Himself and suffered the punishment which by the righteous judgment of God impended over all sinners; that by His blood He has expiated those crimes which render them odious to God; that by this expiation God the Father has been satisfied I and duly atoned; that by this intercessor His wrath has been appeased; that this is the foundation of peace between God and men; that this is the bond of His benevolence towards them; will he not be the more affected by these things in proportion to the more correct and lively representation of the depth of calamity from which he has been delivered? In short, since it is impossible for the life which is presented by the mercy of God, to be embraced by our hearts with sufficient ardor, or received with becoming gratitude, unless we have been previously terrified and distressed with the fear of the Divine wrath, and the horror of eternal death, we are instructed by the sacred doctrine, that irrespective of Christ we may contemplate God as in some measure incensed against us, and His hand armed for our destruction, and that we may embrace His benevolence and paternal love only in Christ.

We can understand how it can be true that God can be our enemy while He loves us eternally. God loves us, only in Christ. This explains why we can never experience this love of God outside of Christ, must experience His wrath while we walk in sin. But notice how Calvin emphasizes the idea of atonement, of expiation, that God must be fully atoned. This Calvin also emphasizes in the following (paragraph III, Chapter 16, Book II):

Therefore, to remove all occasion of enmity, and to reconcile us completely to Himself, He abolishes all our guilt, by the expiation exhibited in the death of Christ, that we, who before were polluted and impure, may appear righteous and holy in His sight. The love of God the Father therefore precedes our reconciliation in Christ; or rather it is because He first loves, that He afterwards reconciles us to Himself. . . And therefore, if we would assure ourselves that God is pacified and propitious to us, we must fix our eyes and hearts on Christ alone, since it is by Him only that we really obtain the non-imputation of sins, the imputation of which is connected with the Divine wrath. 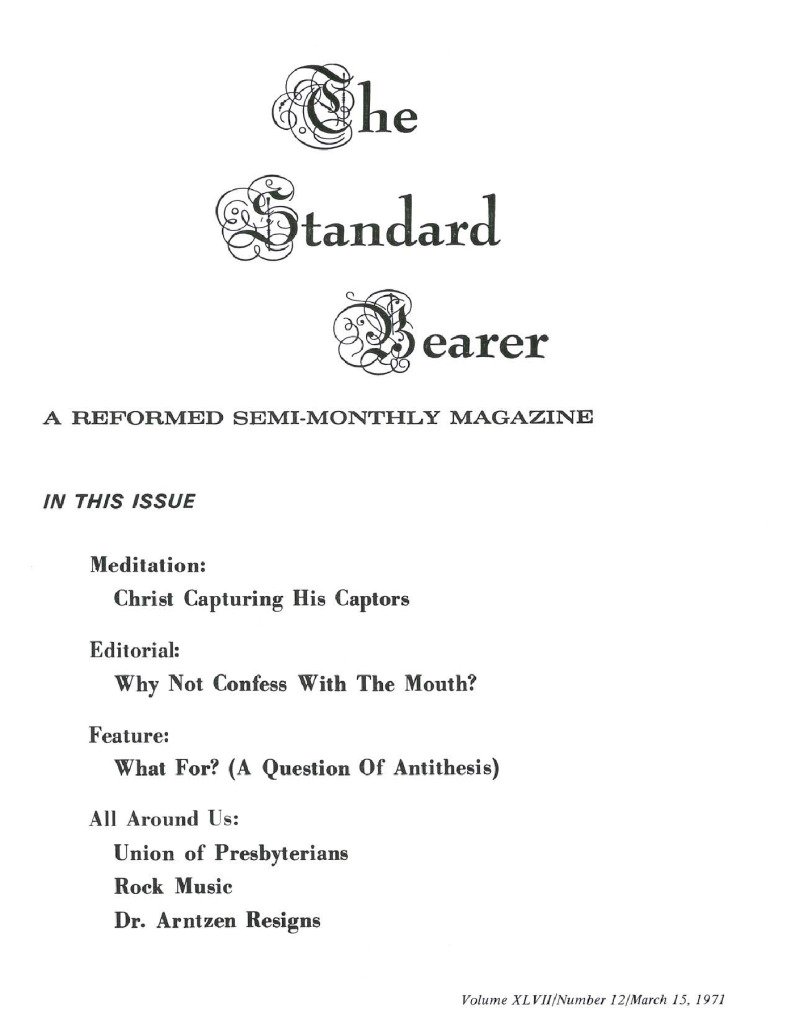