The Dispensational View of the Rapture (3): Deliverance out of “the Hour of Temptation”

The Dispensational View of the Rapture (3): Deliverance out of “the Hour of Temptation”

The dispensational view of a pretribulation rapture is rooted in the erroneous idea that God has two separate peoples (Israel and the church), and that His second people (the church) must get out of the way before God will return to dealing with His first people (Israel). In fact, Dispensationalists will admit that if God really does have only one people, then there is no way to defend the pretribulation-rapture position.

They say this because they know that Scripture states explicitly that there is an elect people who will be gathered after the tribulation (Matt. 24:29-31):

Immediately after the tribulation of those daysshall the sun be darkened, and the moon shall not give her light…. And he shall send his angels with a great sound of a trumpet, and they shall gather together his elect from the four winds, from one end of heaven to the other.

It is undeniable that this passage speaks of an elect people who are going to go through the coming tribulation, and who will be gathered by the angels afterthat tribulation is over. But if there is only one elect people, then it must be the church that is referred to here as going through that tribulation. Dispensationalists try to get around this passage by arguing that there are two different peoples of God, and that it is Israel—not the church—that is the elect people referred to in Matthew 24.

This two-peoples-of-God idea is one of the errors that blinds many people when it comes to the interpretation of prophecy. Those who hold to this error assume that passages which speak of salvation for Israel (or forJacob, or for Jerusalem, etc.), must not be referring to the church. Such passages become clear, however, when we adopt the biblical principle that God’s promises are always to Christ (Gal. 3:16), and thus to all those who have been chosen to be in Christ (Gal. 3:29).

Having considered this already, let us move on to consider some of the other common arguments used by Dispensationalists to support a pretribulation rapture.

Deliverance out of “the hour of temptation”

A proof text commonly cited by Dispensationalists is one that speaks of God’s church being delivered from the hour of temptation:

Because thou hast kept the word of my patience, I also will keep thee from the hour of temptation, which shall come upon all the world, to try them that dwell upon the earth,

The “hour of temptation,” say the Dispensationalists, refers to the coming Great Tribulation, and the promise that believers will be kept from this hour is proof, they say, that the church will not have to go through this coming time of tribulation.

The text speaks literally of being delivered “out of” the hour of temptation. The preposition translated “from” literally means “out of.” So the idea is that, although God’s people are indeed going to enter into this hour of temptation, God will certainly preserve them while they are in it, and will eventually bring them out of it. The trial will be used by God to purify the church, and she will emerge purified after the trial is over.

There are many other passages that speak of God’s people being delivered “out of” times of persecution:

Many are the afflictions of the righteous: but the Lord delivereth him out of them all,

Persecutions, afflictions, which came unto me at Antioch, at Iconium, at Lystra; what persecutions I endured: but out of them all the Lord delivered me,

Looking at these—and many other similar passages that could be quoted—it is easy to see that Scripture does not teach that we will be kept from persecution. Rather, the Bible teaches that we certainly will have to go through many times of trials and persecutions, but that our God will deliver us “out of” them all.

Even the Dispensationalists interpret promises about being delivered “out of” a time of persecution in this way, when it serves their purpose. Consider the following verse that we looked at in a previous article:

Alas! for that day is great, so that none is like it: it is even the time of Jacob’s trouble; but he shall be saved out of it,

Dispensationalists say that this verse speaks of a future time of tribulation that Israel will have to go through, and that then God will deliver them “out of” it. Thus they interpret this passage in a way that is not consistent with the way they interpret Revelation 3:10.

Dispensationalists are inconsistent when they say thatJeremiah 30:7 refers to a time of trouble that Israel will have to go through, and that Revelation 3:10 speaks of an hour of temptation that the church will not have to go through. Being delivered out of a “time of trouble” (Jer. 30:7) and out of an “hour of temptation” (Rev. 3:10) are obviously quite similar. Yet Dispensationalists interpret the first passage to mean one thing and the second passage to mean exactly the opposite.

Comparing promises to two churches that existed at the same time

Because thou hast kept the word of my patience, I also will keep thee from the hour of temptation, which shall come upon all the world, to try them that dwell upon the earth. Behold, I come quickly: hold that fast which thou hast, that no man take thy crown,

Fear none of those things which thou shalt suffer: behold, the devil shall cast some of you into prison, that ye may be tried; and ye shall have tribulation ten days: be thou faithful unto death, and I will give thee a crown of life,

The church at Smyrna is told that she is going to go through a time of great tribulation, even unto physical death. Yet God promises to bring the church through this time of trial, so that she will emerge victorious. The time of the trial will be limited and short (symbolized by ten days), and the church will receive the glorious crown of life that Christ has purchased for her.

If this is what Christ promised to one faithful church (the church at Smyrna), does it make any sense to say that He would promise something very different to another faithful church (the church at Philadelphia)? These two churches existed at the same time, and to both of them Christ speaks of a time of great tribulation that is coming soon. Why would He tell the church at Smyrna that she definitely is going to go through that tribulation, and then tell the church at Philadelphia that she is notgoing to have to go through it?

Considering them together, we see that both promises speak of God’s people going through a brief time of great tribulation, and of God delivering His faithful saints out of it. And both churches are encouraged by a reference to the glorious crown of life that God’s people presently have and that they one day will fully receive as a gracious reward.

A deliverance promised to saints that have long ago entered glory

It is important to remember that this promise was given originally to saints who lived some two thousand years ago. God said to them personally:

Because thou hast kept the word of my patience, I also will keep thee from the hour of temptation…,

God here is promising the members of the church in Philadelphia that they personally are going to be delivered out of a time of temptation. Yet Dispensationalists claim that this verse refers to a rapture that would not take place until long after the saints in Philadelphia had entered heavenly glory. That would mean that the deliverance promised here really was not for the saints at Philadelphia at all. The verse is being explained as though it read: “Because thouhast kept the word of my patience, I also will keepothers from the hour of temptation.”

We also have here an example of how Dispensationalists take a prophecy and make it out to be a mere prediction about some future event. But a prophecy—such as the one in Revelation 3:10—is more than this. God here is making a promise not only about the distant future, but also about the immediate present. In other words, this prophecy—like all prophecies—includes a promise to the specific people that originally received the revelation.

God gave His promise to the saints in Philadelphia, and that promise He fulfilled. These saints, along with the saints in Smyrna, went through an hour of great persecution. They were not “raptured” before that persecution began. They went through that hour and suffered for a short period, while their enemies tempted them to deny the truth. But God promised to deliver them out of that time of persecution. And out of it He did deliver them.

A promise concerning deliverance today and in the future

The deliverance promised to the church in Philadelphia is promised to us still today. Many will be our afflictions and persecutions, yet out of them all our Lord will deliver us. In fact, it will be through such tribulations that we will be led by the Spirit to enter more consciously and willingly into the kingdom of our God (Acts 14:22).

Knowing this we go forward without fear. God is faithful. Out of the hour of temptation He will deliver us. That we must never doubt. He has always delivered His people in the past. He will certainly continue to do so in the days ahead 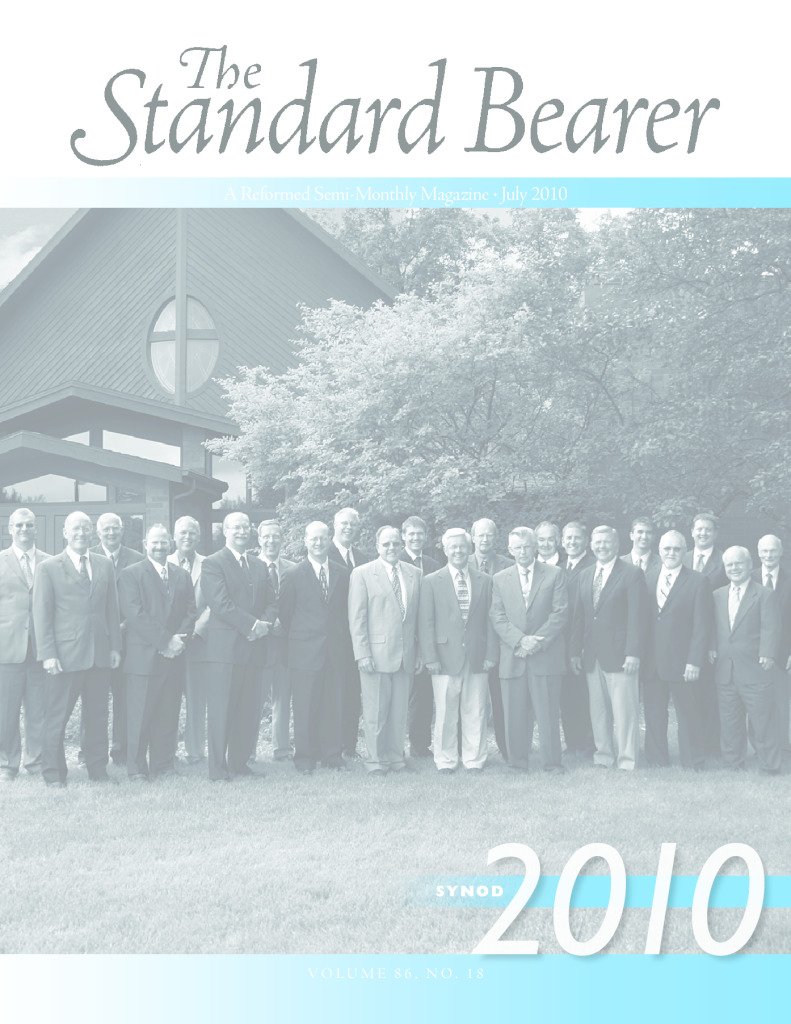