The Dedication of the Covenant Protestant Reformed Church

The Dedication of the Covenant Protestant Reformed Church

Rev. Flikkema is pastor of the Protestant Reformed Church of Wyckoff, New Jersey.

This article is written out of joy and thanksgiving to God and with the desire that the churches and readers of The Standard Bearer might rejoice with us. God in His grace has given to us our own house of worship! Through the years of our existence the Lord always gave us a place in which to worship Him on the Lord’s Day. But not until now do we have our own church building.

The history is very long, spanning some ten years. As early as 1975, two years after the church was organized, the possibility of building our own church was discussed. At that time it was decided that such was impossible. However, the Lord in His goodness made the way possible by providing us with a piece of property, five acres, including a house to serve as a parsonage. Many difficulties were faced immediately, and it was not until March of 1978 that a building permit was obtained. In June of 1979 the work began, and the foundation was laid later that year. Little by little, as the Lord gave us the means, the work continued until the present.

On November 20, 1988 we held our first worship service in our sanctuary. On that particular Sunday morning the sacrament of 3aptism was also administered, through which we were reminded of God’s covenant faithfulness in preserving His church among us and providing us with a beautiful building. It was a very moving service, filled with happiness and thanksgiving. On Thursday, November 24, we held our Thanksgiving Day service in our church. As we worshiped and bowed our heads in prayer, we gave God thanks for all His mercies and for our church. Friday evening, December 9, was set as the date for the church dedication. Notices were sent to the churches and invitations to those who contributed financially to the work. We also invited our two former pastors, Rev. A. denHartog and Rev. R. Hanko, to be here for this memorable occasion. It was good to have them and their wives with us. Rev. denHartog was our pastor at the time that the work began, through al1 the difficulties in obtaining the building permit and until the foundation of the church was laid. During Rev. Hanko’s ministry, the structure was built, the rough work in the interior completed and the parking lot and driveway paved. We take this opportunity to thank them for their spiritual leadership during those years.

We also extend a word of thanks to all those who helped us in the purchase of bonds, to the churches for the offerings and gifts that were given, and for the many prayers that were raised on our behalf. A word of thanks is also to be given to the members of the congregation, who put in many hours of volunteer labor, without which the church could not have been completed. But above all we give thanks to our heavenly Father and faithful covenant God, who heard our prayers and granted our request. He gave us the means; He gave us the strength; through the years He taught us to wait patiently upon Him, and to Him we give the glory. To the praise of the worship of His glorious name we dedicate His house! “For of him, and through him, and to him, are all things: to whom be glory for ever. Amen” Romans 11:36. 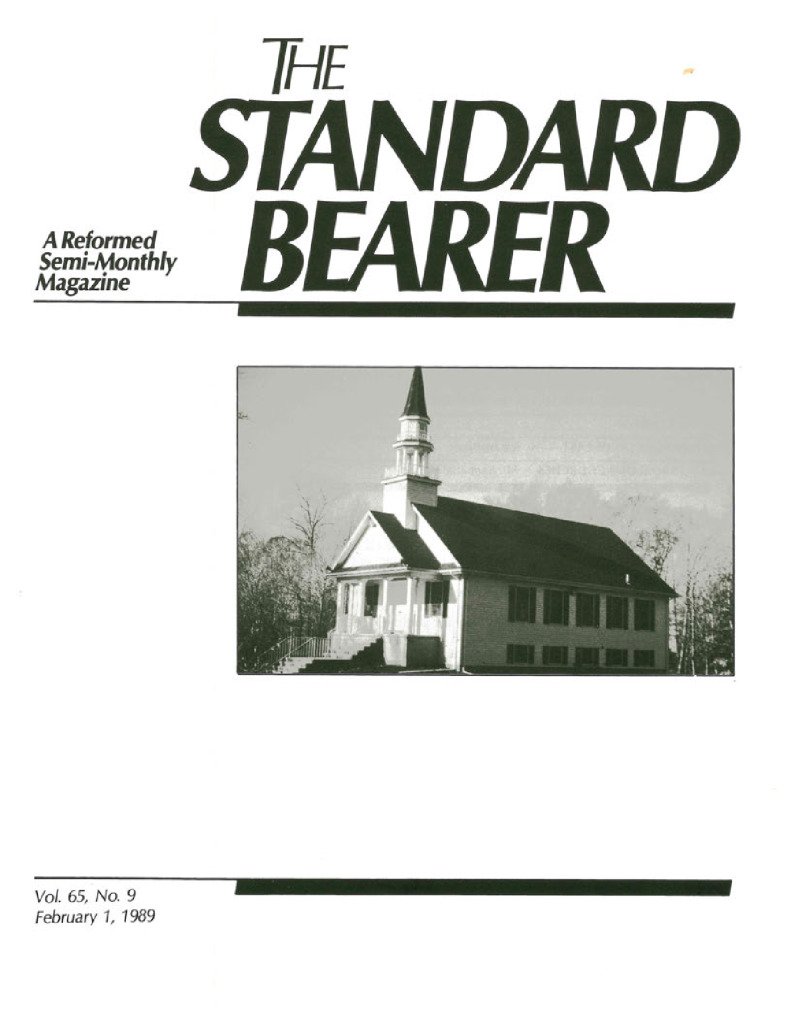