The Concern of the Reformation for Christian Education (5)

The Concern of the Reformation for Christian Education (5)

Who was suppose to establish and maintain these Christian Schools?

Luther’s answer was: The civil authorities of each city. The very title of his earliest work on Christian Education shows this: “To the Councilmen of All Cities in Germany that They Establish and Maintain Christian Schools.” He called on the councilmen, or local civil government, to establish the schools. These same civil authorities also financed the schools. In his later work, “A Sermon on Keeping Children in School,” Luther commends the council of Nurnberg for establishing a Christian School and remarks that he hopes the parents keep their children in that school, “since without cost to themselves their children are so bountifully and diligently cared for, with everything provided for them.” Later in this same “Sermon,” Luther berates the parents for keeping their children from attending this school, although they have this education “without cost or trouble to you; for you do not now have to support either schools or pastors, as you would be bound to do according to the gospel . . . You have everything, all of it free of charge. . . .” Because some parents refused to educate their children, Luther admonished the government to compel parents to send their children to school:

But I hold that it is the duty of the temporal authority to compel its subjects to keep their children in school, especially the promising ones we mentioned above. . . .

This would seem to put Luther squarely in favor of the public school system, as found, for example, in the U.S., and in opposition to our contention that, not the State, but the parents have the calling to establish and maintain schools, that is, educate their children. Some, in fact, call Luther the father of the present public schools.

In his judgment that the civil authorities should establish the Christian Schools, Luther erred. Undoubtedly, this error has had bad consequences for Christian education, both in Europe and the U.S. Because of that error, many believers are content with government-controlled, public education that is in no sense Christian. The error made at the beginning of the Christian School movement of handing the schools over to the State carried within itself the seed of the destruction of the Christian School Movement. For, inevitably, the governments became less and less Christian, so that the schools they maintained and controlled became more and more secularized. That is, the Word of God was gradually driven out of the schools, so that the education was no longer Christian. Luther’s view that the State should provide education is another expression of a basic mistake in his thought, the mistake of ascribing an illegitimate authority to the State and of encouraging the State to encroach on the sovereign domain of the home not only, but also of the Church. Not only did Luther praise the council for founding schools, but he also praised them for founding churches. Not only did the civil authorities support the school-teacher, but they also paid the pastor’s salary. Not only did they regulate the school, but they also exercised authority over the internal, ecclesiastical affairs of the church. It remained for John Calvin and the Calvinistic branch of the Reformation to maintain the separation of the Church and the State and to delimit the rights and duties of the Civil Government.

After we have made this fundamental criticism, however, we should, in fairness, take note of several things that radically distinguish Luther from the supporters of present-day, government-controlled, public education. The main distinction lies in the fact that Luther demanded Christian Schools. He demanded them of the State, to be sure, but he demanded of the State schools that would be Christian throughout. He demanded that the Word of God not only be in the school but that it also reign there alone! Schools where the Word did not reign, he called “the great gates of hell.” He would advise no one to send his son where the Word did not reign paramount. In his time, the civil authorities, in his Germany, to whom he addressed the fervent plea to establish schools, were Christian, “Lutheran” men. He could trust them to set up Godly Schools. He did not foresee the “secular State.”

In the second place, Luther did recognize and assert that the duty of educating the children belonged to the parents, not to the civil authorities. In the work, “To the Councilmen of Germany,” he exhorts the councilmen, the civil government, to establish schools. The reason, he says, is that God requires the children of believing parents to be reared and trained, which includes Christian Day School education. He then imagines that the councilmen raise an objection: “Ah, you say, but all that is spoken to the parents; what business is it of councilmen and the authorities?” A good objection! What is Luther’s reply? “Yes, that is true. . . .” Note that reply! Luther agrees that it is the parents’ duty. Why then does he call on the State? Luther continues, “. . . but what if the parents fail to do their duty? Who then is to do it? Is it for this reason to be left undone, and the children neglected? How will the authorities and council then justify their position, that such matters are not their responsibility?” It seemed to the hard-pressed Luther that the exigencies of the times required that the principle be waived for practical realities. But he did see and assert the principle: Parents must educate their children! The same thing is implied in the quotation made before, concerning the financing of the schools. After Luther reminded the parents that they did not have “to support either schools or pastors,” he adds, “as you would be bound to do according to the gospel.”

Luther himself, despite his fault here, teaches us that believing parents have the duty of establishing and maintaining Christian Schools. History should have taught us by now that only then are our children assured of an education that is Christian.

One other element of Luther’s thought regarding the place of the State in education deserves consideration. Luther held that the State, as State, had a stake in the good education of its citizenry. A well-educated citizenry is advantageous to any government, if indeed it is not necessary. For this reason, it belongs to the State’s authority to make education compulsory. If this is the case, and I think it is, the State should, take note that we maintain our own schools, and to the extent that we provide our own schools, relieve us of the taxes that provide for the schools of the other citizens. It belongs to the State’s jurisdiction, and is part of the State’s concern for justice, to see to it that some of its citizens do not have to pay double for education. 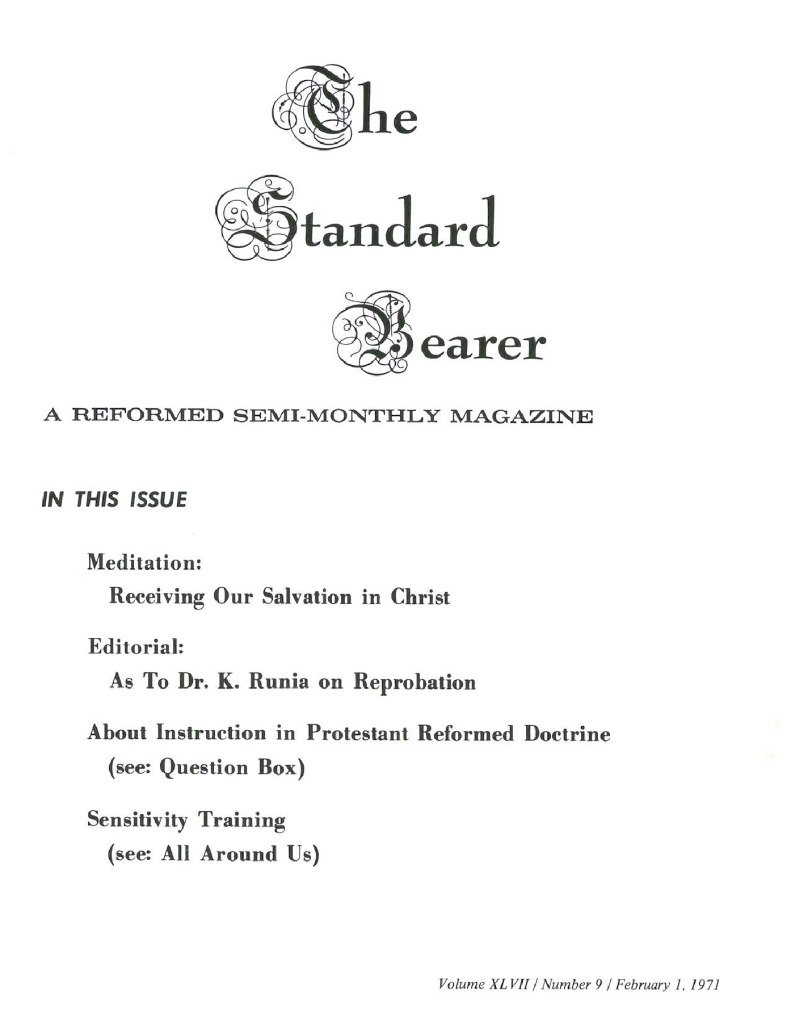