Supreme Court: Graduation Ceremonies No Longer Have a Prayer

Supreme Court: Graduation Ceremonies No Longer Have a Prayer

We recognize that . . . throughout the course of the educational process, there will be instances when religious values, religious practices, and religious persons will have some interaction with the public schools and their students. But these matters, often questions of accommodation of religion, are not before us. The sole question presented is whether a [nonsectarian prayer] may be conducted at a graduation ceremony in circumstances where, as we have found, young graduates who object are induced to conform. No … school can persuade or compel a student to participate in a religious exercise. That is being done here, and it is forbidden by the Establishment Clause of the First Amendment.

In a landmark decision early this summer, the U.S. Supreme Court banned prayers at public school graduation ceremonies. A bitterly divided court (5-4) held that a graduation invocation and benediction offered by a clergyman selected by the school compelled students to participate in a forbidden “state-sanctioned religious exercise.” But four justices filed a vigorous dissent arguing that such “nonsectarian” prayers are “an accepted part of our political and cultural heritage” which involves no coercion or compulsion of students who are present but choose not to join in the prayer.

The suit was brought by a Providence, Rhode Island, public school student and her father four days before her middle school graduation. Deborah and Daniel Weisman objected to the school district’s custom of permitting principals to invite members of local clergy to give invocations and benedictions at middle and high school graduations.

It was also the practice of the Providence school officials to provide invited clergy with a booklet entitled “Guidelines for Civic Occasions,” prepared by the National Conference of Christians and Jews. The pamphlet suggested that prayers at nonsectarian civic ceremonies be composed with “inclusiveness and sensitivity.”

Notwithstanding the Weismans’ objection, a certain Rabbi Gutterman was invited and offered the following invocation at her graduation:

God of the Free, Hope of the Brave:

For the legacy of America where diversity is celebrated and the rights of minorities are protected, we thank you. May these young men and women grow up to enrich it.

For the liberty of America, we thank you. May these new graduates grow up to guard it.

For the political process of America in which all citizens may participate, for its court system where all may seek justice we thank you. May those we honor this morning always turn to it in trust.

For the destiny of America we thank you. May the graduates of Nathan Bishop Middle School so live that they might help to share it.

May our aspirations for our country and for these young people, who are our hope for the future, be richly fulfilled. Amen.

The Weismans later amended their suit to ask the courts also to bar such prayers at her future high school graduation. The lower courts ruled in favor of the Weismans and the school district then appealed to the U.S. Supreme Court.

But in what sense was the local clergyman’s prayer “governmental activity? The Weisman Court held that the rabbi’s prayers were “state-sponsored religious activity” because of the school district’s direct involvement in the ceremony and its content. In fact, the Court found that because of the published prayer guidelines given the clergyman, “the principal directed and controlled the content of the prayer.” Quoting an earlier decision, the majority held that “it is no part of the business of government to compose official prayers for any group of Americans to recite as part of a religious program carried on by the government….”

But how does a nonsectarian prayer at a graduation ceremony “establish” religion? The Court held it does so for two reasons. First, the Court refused to recognize the existence of so-called “nonsectarian prayers within the embrace of what is known as the Judeo-Christian tradition.” The Court argued that such prayers, purposely devoid of “sectarian references to Jesus Christ, for example, are perhaps understandable but nonetheless misguided effort to construct a “civic religion.” The Court ruled: “The suggestion that government may establish an official or civic religion as a means of avoiding the establishment of a religion with more specific creeds strikes us as a contradiction that cannot be accepted.”

Secondly, the Court held that even nonsectarian prayers at such civic ceremonies constitute forbidden “establishment” of religion because the student present may have “a reasonable perception that she is being forced by the state to pray in a manner her conscience will not allow.” Citing references to adolescent psychology, the Court opined that students are often susceptible to peer pressure towards conformity. Accordingly, since such prayers at graduation ceremonies constitute religious exercises in which students are “coerced” by peer pressure to participate, such prayer activity is the kind of “establishment” forbidden by the First Amendment.

Justice Scalia, joined by Chief Justice Rehnquist, Justice White, and Justice Thomas filed a scathing dissent, complaining that the majority opinion “lays waste” the “long-standing American tradition, of nonsectarian prayer to God at public celebrations generally.” Scalia argued that the “history and tradition of our Nation are replete with public ceremonies featuring prayers of thanksgiving and petition.”

The dissent also ridiculed the majority’s notion that high school graduates are somehow psychologically coerced into participating in these prayers merely because they maybe required to stand in respectful silence while the prayer is being offered. Rejecting the majority’s “psyco-journey” into an analysis of adolescent peer pressure, the dissent insisted that coercion has always meant “acts backed by threat of penalty,” not mere peer pressure.

Scalia concluded his dissent by stating that for the majority of Americans religion is not to be practiced in secret. Many people, he declared, find it necessary to “acknowledge and beseech the blessing of God” in public worship also. Such a long-standing American tradition is, he concluded, merely an acceptable accommodation of religion by the government.

It is difficult for the Reformed Christian not to have mixed feelings regarding the outcome of the Weisman case. On the other hand, the majority’s finding that some high school students unwillingly participate in these graduation prayers only because of psychological coercion is farfetched.

Moreover, the Weisman decision gives additional concern to those who fear the Supreme Court is veering from a healthy accommodation of religion to a latent hostility toward all religions. As Richard John Neuhaus has argued recently, our courts are wrongly insisting upon a “public square naked of religious symbol and substance.”

On the other hand, one wonders what state government is doing issuing guidelines for so-called nonsectarian prayers at its school graduation ceremonies. Such generic and meaningless (blasphemous?) prayers do conjure up the notion of a sanitized civic religion, a ceremonial deism that should be repugnant to all evangelical Christians. 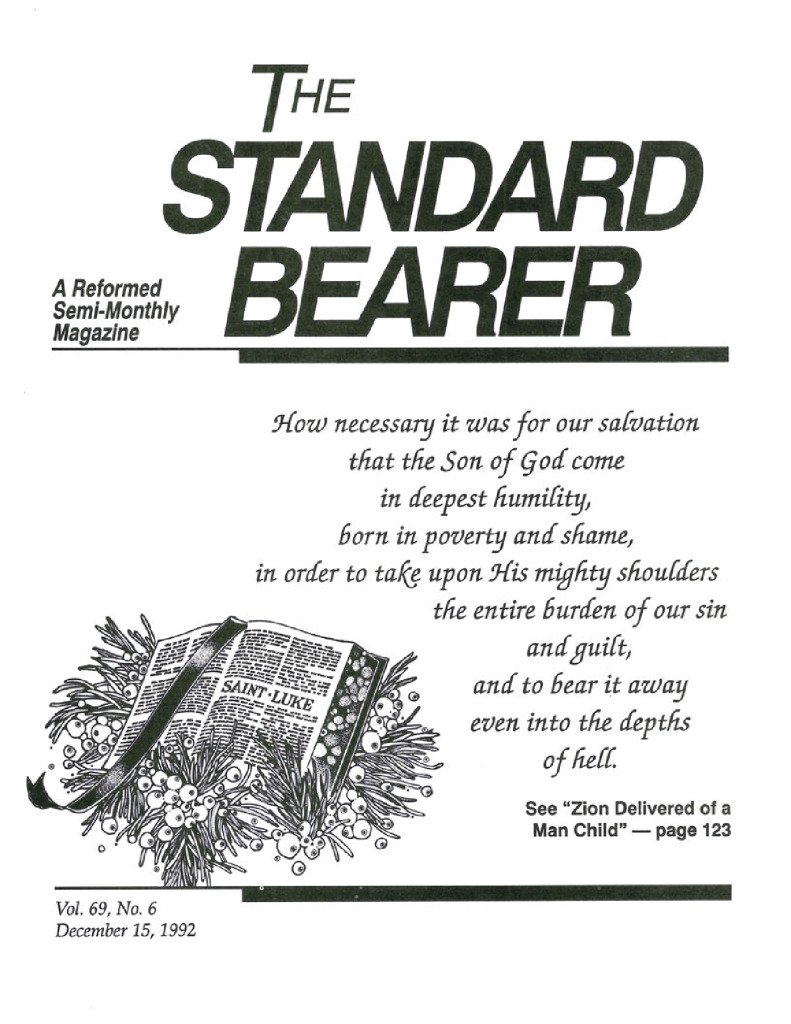