Spiritual battles in the church

Truly the human body is an amazing creation of God; even more so is the work of God in creating a spiritual body (I Cor. 12:12-27). It is truly a work of God’s sovereign grace to make out of many different members one body. This body is referenced in the title of the article as “ourselves.”

The church is a battlefield. Satan is already prince of the world; it is the church Satan fights for [that is, to gain]. The devil is a relentless enemy. The devil, through false doctrine, did not make his last stand in the church at [the PRC] Synod 2018. Perhaps, the great­est threat to the church is that, in winning the battle, the church perceives that she has won the war and mem­bers, officebearers, and ministers put down their sword or advise others to do so. It is true as the writer states that officebearers are in and of themselves “weak men” to fight these spiritual battles in the church. However, they do not fight in their own strength, but they rule with the power of God Himself so long as they rule ac­cording to the Word of God (Heb. 4:12). Therefore, the question is not whether they are weak, but whether they are armed with the Word of God.

The author implies that although “…the initial trig­ger is a very real and dangerous teaching or practice,” this battle has been won by Synod 2018. The church now fights “perceived threats to personal preferences,” “Inflat[ed]…preferences,” “distract[ions] from the real problem at hand,” “violence of wrongfully targeted internal strife,” and “and it is unclear to many in the pews what the real problem is.” The greatest threat to the church is the delusion that in winning the battle she has won the war. Thus there are those in the church who relax in a false sense of carnal security.

There is only true peace for the church as she fights this “good warfare” (I Tim. 1:18), especially through the keys of the kingdom: Christian discipline and the preaching. Knowing the nature of the enemy, the be­liever ought to have an “elevated sensitivity” or “hy­per-vigilance.” Satan is the master deceiver. “Satan himself is transformed into an angel of light” (II Cor. 11:14) “call[ing] evil good, and good evil, put[ting] light for darkness” (Is. 5:20). He utters “false visions and lying divinations” (Ezek. 13:9), to deceive, if possible, even the elect (Matt. 24:24). The warning should not be against the watchman that does not sleep day or night because he cries out against the enemy; but against the watchman who is idle, sleeping or unable to recognize the enemy (Is. 62:6).

May God grant us the grace to watch, stand fast in the faith, and quit ourselves like men (I Cor. 16:13).

I thank you for your letter in response to my article in the Standard Bearer. Such letters are a good opportunity for clarification and ongoing conversation, sometimes offering a degree of balance that is hard to achieve in one’s own writing. I freely admit that not all perspectives were covered in my articles on the immune system. The analogy is limited, as is the man who wrote on that analogy. You may be sure, however, that there was certainly no intent on my part to suggest that the “battle has been won” by any recent ecclesiastical work of the PRC, or that we ought now to be at rest in our defense of the truth. I agree that such a position would be mistaken had it been the point I was trying to make.

This is not to say, however, I agree completely with your point of view. Perhaps the difference I would suggest is one of perspective rather than of content. With regard to the latter, I do not disagree at all that there is a “carnal element” in the visible church. I do not disagree—nor should anyone—that there is a necessary vigilance in the church. That is the point of an immune system, is it not? I would not wish to imply that we would be better off without an “immune system” in the church. In fact, the first article in this series was writ­ten specifically to affirm the necessary work of detect­ing and destroying false doctrines and practices that do arise in the church.

But there is a real and proper distinction between vigilance and hypervigilance. The former is a proper posture for the church—like a normally functioning immune system. The latter is improper because it goes beyond what God calls us to do in His Word. I allud­ed to several facets of hypervigilance in the article but would add one more in response to your letter. This form of hypervigilance involves assuming that one has the perfect ability to distinguish between the elect and carnal elements of the church. Based on this incorrect assumption, the posture of hypervigilance can lead zeal­ous believers to attack indiscriminately any and all that express a different perspective than themselves. In this posture, all difference is error. Period.

The second half of Joshua 22 is illustrative of how the church—and by extension its members—ought to deal with situations where a perceived error of false doctrine or practice has been introduced. In this chapter men from the tribes given the lands east of the Jordan River (called Gilead) departed from the western tribes to return to their families after concluding the major warfare in Canaan. While crossing Jordan, these men put up what appeared to be an altar, which would have been gross sin because it was effectively false worship to sacrifice apart from the Levites and the tabernacle at Shiloh.

To many in the western tribes this meant war in the church. In their zealous anger they were ready to kill their brothers over this matter—even though it had not been fully investigated in any sense. In God’s providence, however, wisdom prevailed such that a delega­tion of elders from each of the western tribes, along with the high priest’s son, were instead sent to investigate carefully and hear out their eastern-dwelling brothers. What they found was much different than what was first assumed. As it turned out, the pile of stones set up by the departing men of Gilead was a monument of remembrance rather than a sacrificial altar. It was not gross sin; Israel had misunderstood. War was averted.

So here is the crux of the matter for all of us: how should we primarily view the church? Is it first and foremost a “battlefield” between the elect and reprobate elements? Or is it the beloved bride of Christ, bought and paid for by His sacrifice on the cross? It is both, but what it is first in our minds matters a great deal! It mat­ters because it influences how we respond to someone in the church who expresses an idea that does not sound right upon our first hearing of it. If we primarily think “battlefield” when we regard the church, our response will likely be condemnation and a readiness for war. If we primarily think “bride of Christ” when we regard the church, our response will be to listen carefully, to understand rightly, and to respond gently (James 3:17). It does not mean we stop being vigilant or robust in our defense of the gospel from attacks within and without the church. But it does mean that we are certain about error before we march to war.

Brother and sister, in the closing of your response letter you quoted I Corinthians 16:13 to solidify your point with the Word of God. This is a good practice. But when you quote this passage, I pray that you remember to add verse 14 as well. 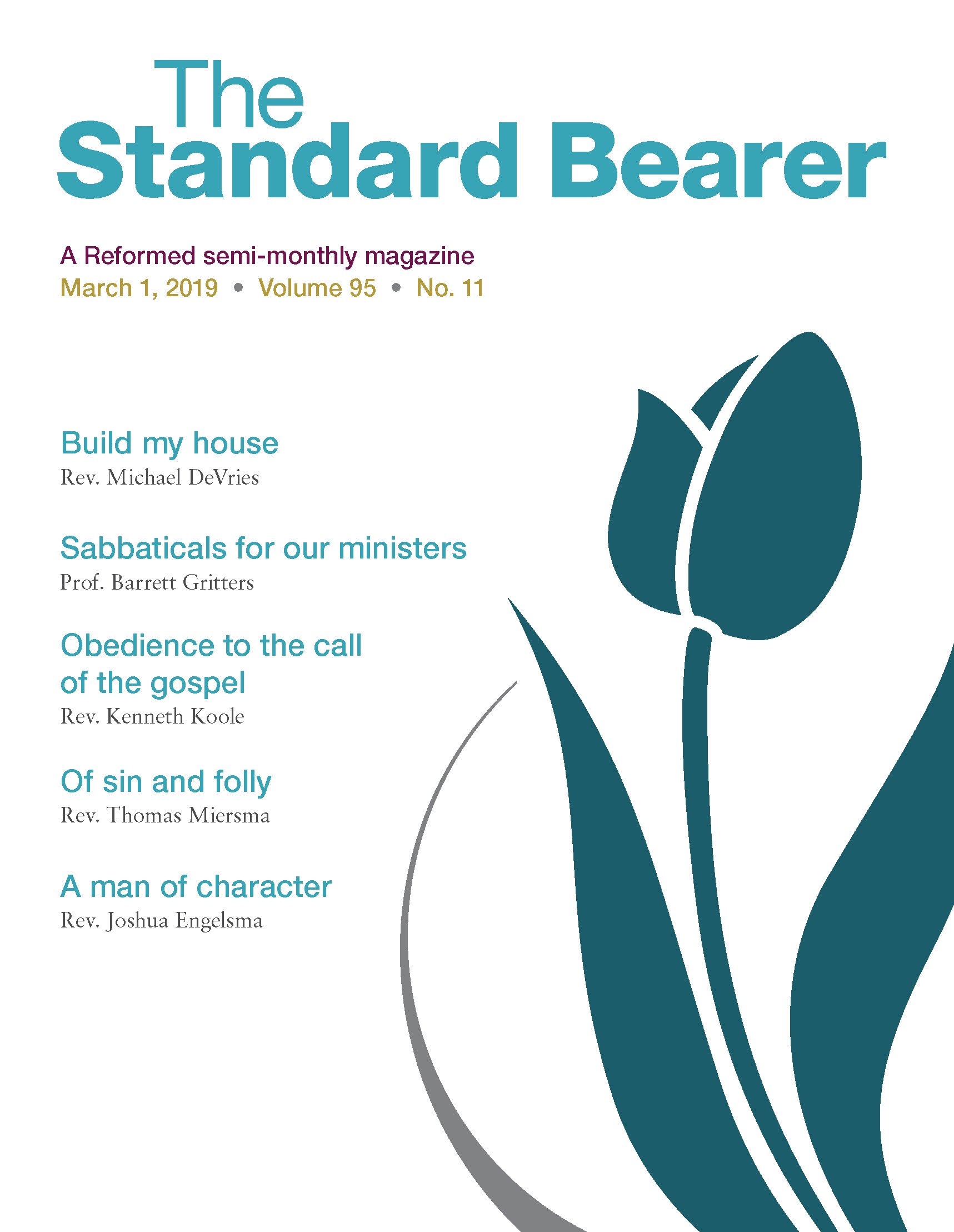