This interesting book is part of “The Historical Series of the Reformed Churches in America.” The name, “Sharifa,” is the Arabic name of the author, a name which she received while serving as a missionary-nurse in the Middle East. In the book she tells of her experiences while laboring in Bahrain, Qatar, and Iraq over a period of more than forty years. She went to Bahrain as a young girl and labored in that field until her retirement. At present she is living in South Holland, Illinois, her original home town.

She began her work before the first World War and writes of her experiences in these lands of the Middle East as these countries themselves were developing from backward and feudal countries to modern nations which hold the world in their economic grasp because of the vast oil reserves found beneath their soil. It was an unusually interesting time to be busy in this area.

The author tells in vivid detail about her experiences in the heat and discomfort of Arab countries, and explains the difficulties of the work in lands of Moslem religion where Christians were considered infidels, were often spit upon, and were daily consigned to the hottest fires of hell. She tells too of the work of nursing in a land which had diseases of which we are unaware, of a people with no access to modern medical technology, of superstitions born out of the Koran, which sometimes resemble pagan healing rites, of working in almost unbearable heat with few modern means of treating illnesses. She tells about visiting the poor, harems of the wealthy, palaces of sheiks, and leper colonies, one of which was established within the medical compound of the missionaries. The book reads well and can be enjoyed by adults and young people. It will produce in the reader an appreciation for the difficulties of missionary work in a foreign land, and of the great difficulty of mission work among Muslims.

It was a bit disappointing not to find in the book more discussion of the missionary labors themselves. The book deals almost exclusively with the medical aspect of the work, and is mostly silent concerning such questions as: How was missionary work among Muslims carried out? What were the particular problems which the missionaries faced? What methods did they use to bring the gospel to these followers of Mohammed? What success did they have in the work? How did mission work among the Muslims differ from mission work in other foreign lands?

There is not much theology in the book, but such as there is, is a far cry from what is truly Reformed.

The books I have read in this series are interesting and worthwhile books. The whole series is at the beginning described with these words:

This series has been inaugurated by the General Synod of the Reformed Church in America, acting through its Committee on History, for the purpose of encouraging historical research and providing a medium wherein this knowledge may be shared with the academic community and with the members of the denomination in order that a knowledge of the past may contribute to right action in the present.

We recommend this book and the other books in this series to our readers. 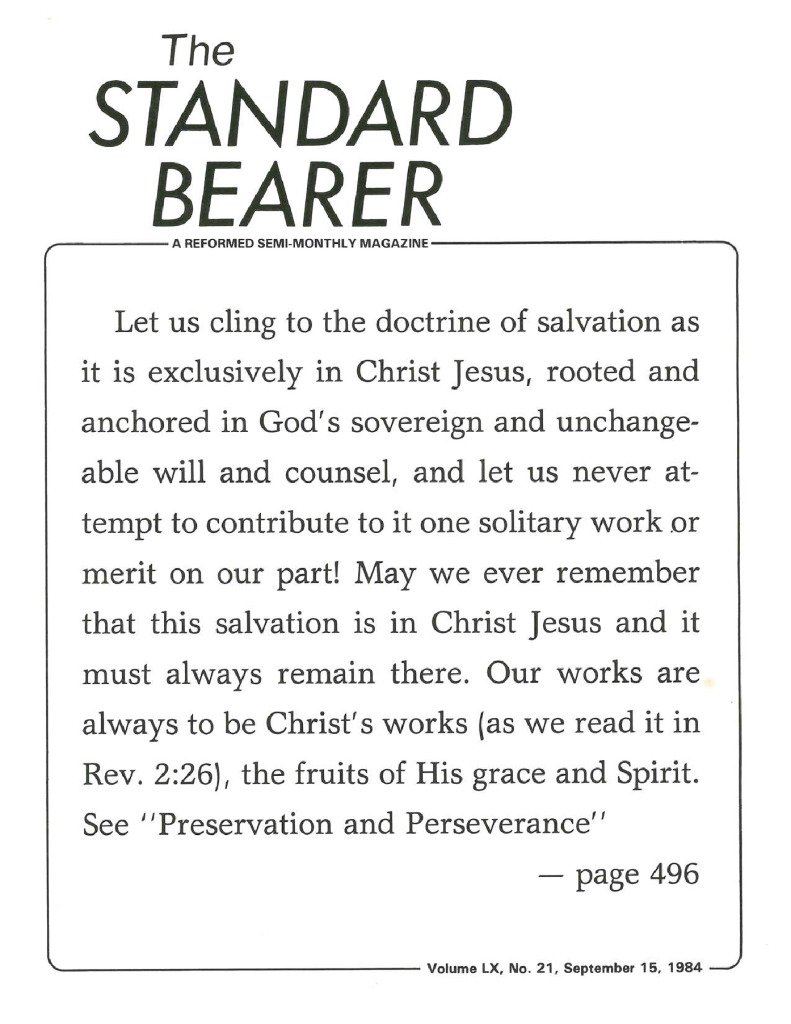