Separated Unto the Gospel of God (2)

Separated Unto the Gospel of God (2)

Paul’s Separation unto this Gospel

God called and God separated Paul unto the gospel in His eternal and sovereign counsel when He determined that Paul should be a chosen vessel to proclaim the gospel of His grace in His Son, Jesus Christ. That call and separation of Paul consisted of his election unto salvation in eternity, according to which election God gave Paul to Jesus Christ. The call of God that separated Paul to the gospel came to him on the Damascus road when the risen Christ appeared directly to him, as is recounted in Acts 9. To that separation and call of Paul belonged also the time of Paul’s preparation spent in the deserts of Arabia.

To that call of Paul belonged also the call of God through the church, as recorded in Acts 13:1-3. This is an important aspect of the call. This is an aspect of Paul’s call and separation that may not be overlooked. That is implied also in the word “apostle,” which means literally, “one who is sent out.” That he is an apostle implies that Paul was called and sent out by another. That other is God in Christ, through the church. Paul did not go out on his own, carrying out an independent ministry, accountable to no one but himself. He did no such thing. He went out after having been called by the church. And in all his preaching he was subject to the church and to the church’s supervision.

What was true of Paul is true of every preacher of the gospel. This is true, as well, of you brothers who graduate tonight. In His eternal counsel, God has not only chosen you to salvation, but has separated you unto the gospel. As God called Paul, so God called you at some point in your life, working that call in your heart and making His call and separation of you clear to you in and through the providential circumstances of your lives. Your Christian upbringing and godly instruction in your youth and young manhood belongs to God’s separation of you unto the gospel. Your training in the seminary has not only served to prepare you for your calling, something that is absolutely necessary, but it has also confirmed in you that God has called you and does separate you unto His gospel. And we are confident that soon enough God will also call and separate you by the call from His church.

Several things are implied in the fact that Paul was separated unto the preaching of the gospel of God.

Implied, certainly, is the privilege and honor of the office of the ministry of the gospel. Think of it! You have been separated unto the gospel of God! What a privilege! What an honor! There is no greater calling in all the world than this calling!

Implied also is what Paul mentions at the beginning of Romans 1:1, “Paul, a servant of Jesus Christ.” The gospel unto which you have been separated is God’s gospel; it is not your gospel. God is the One who has called and separated you unto this gospel. The gospel that He has called you to preach is His gospel. It follows, it follows necessarily, that you are and that you must view yourself to be “a servant of Jesus Christ,” a servant of God. Paul did, and so does the faithful preacher of the gospel today. The root sin of every unfaithful minister of the gospel is his failure to remember that because the gospel is God’s gospel, he is called to be God’s servant.

There comes a day when the God whose gospel it is will call every preacher of that gospel to account. That will be a dreadful day for those preachers who have been unfaithful; a dreadful day for those who have compromised, corrupted, and denied the gospel of God. They will learn by bitter experience that it is a fearful thing to fall into the hands of an angry God (Heb. 10:31).

The Purpose of Paul’s Separation

To the gospel of God, Paul had been called and separated. But what was the purpose of his calling and separation?

Of course that is the purpose. The world was created for God’s glory, and His glory is the chief end of the salvation of sinners. The faithful preacher does not aim at his own glory. But he aims at the glory of God who has called him and separated him unto the gospel. In this respect, too, the gospel is the gospel of God. This glory of His name God accomplishes in the salvation and gathering of the church. But for that salvation and gathering of the church, He uses the preaching of the gospel. This is your calling, brothers. It is a truly glorious calling. You are called to preach the gospel of God. Do not ever minimize or doubt or become careless with respect to that gospel. But honor the gospel; honor it because it is the gospel of God. 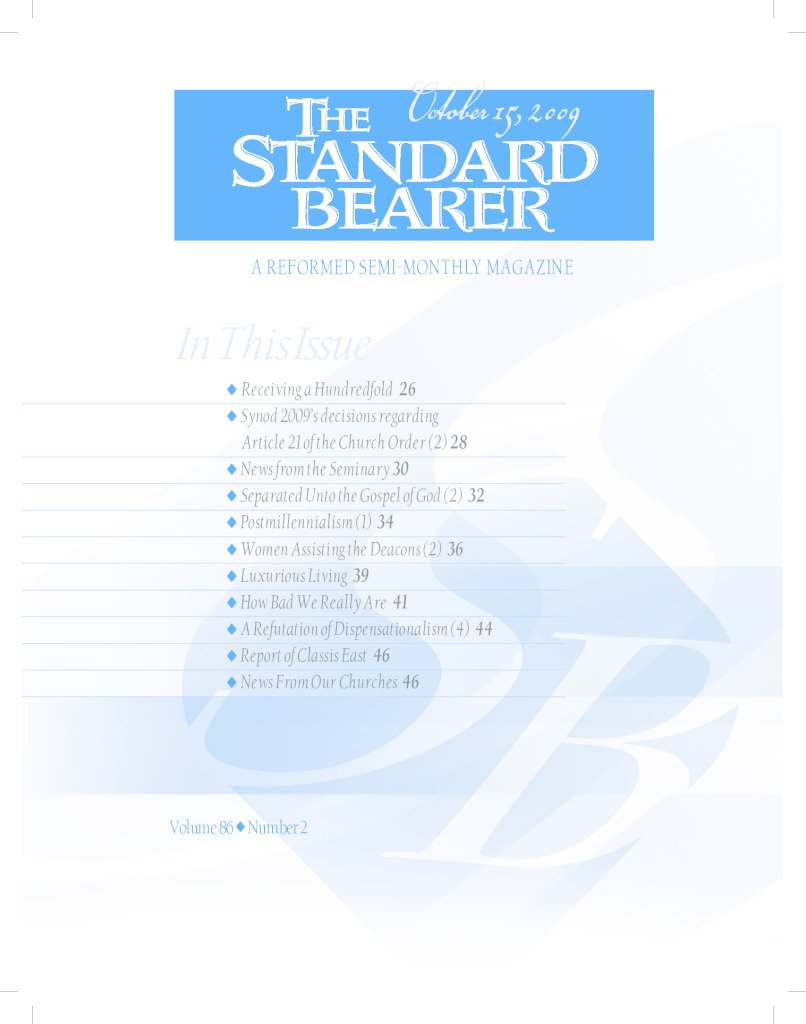