Classis West of the Protestant Reformed Churches met in Loveland, Colorado on March 4. After devotions centering around a brief exposition of I Timothy 4:13, “Till I come, give attendance to reading, to exhortation, to doctrine,” Rev. M. Kamps presided over the Classis. Elders B. Haak, M. Straayer, and C. VanDonselaar were delegated to Classis for the first time and signed the Formula of Subscription. Classis bade farewell to Rev. Flikkema and Rev. Miersma, who had accepted calls to churches in Classis East.

Classis received reports from several committees. The report of the Board of Trustees informed Classis that Classis had received an “Accounting” of the estate willed to Classis some time ago. Copies of this “Accounting” were sent to all of the Consistories of Classis.

This schedule is conditioned by the churches getting supply from retired ministers or from the Seminary.

Requests for subsidy from Edgerton, Edmonton, Houston, Isabel, and Pella in the amount of $54,400 were approved and sent on to Synod.

A protest of a brother against the decision of Synod 1980 to adopt the 1976 study committee report on baptism on the mission field was sent to Synod without recommendation by the Classis.

In executive session, Classis responded to a specific request of a Consistory for help for the proper government of their Church in connection with the Questions of Article 41 of the Church Order.

Classis conducted the necessary voting, with these results:

The Fall meeting of Classis West will be held in Hull, Iowa on September 2, 1981, the Lord willing. 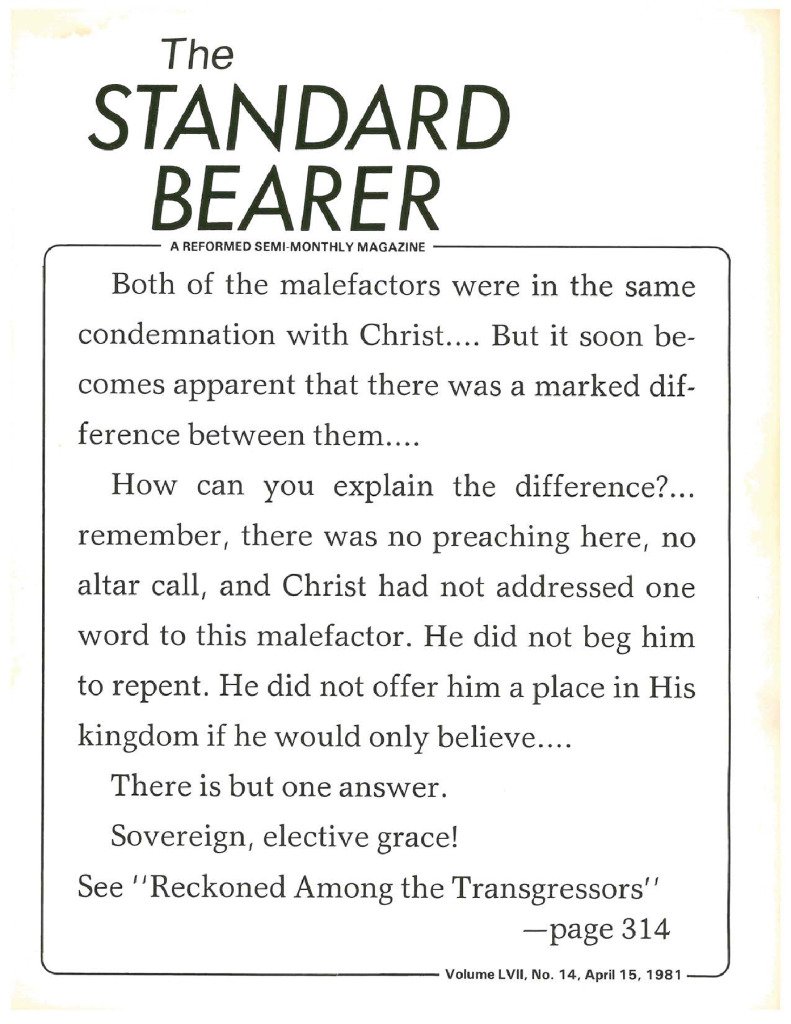