Classis West convened in regular session on March 2, 2011 in the beautiful new facilities of the Protestant Reformed Church in Crete, IL. Rev. James Laning chaired this meeting of classis.

Much of the business of this classis was routine. Classis heard reports from, and approved the work of, its stated clerk, reading sermon committee, classical committee, and church visitors. Classis provided classical appointments to Edgerton PRC. It also approved subsidy requests for 2012 for the congregations of the Bethel, Covenant of Grace, First Edmonton, Heritage, Immanuel, and Lynden PRCs, and will forward these requests to Synod 2011.

At its September 2010 meeting, classis had approved support for Cornelius Hanko, handicapped son of Rev. R. Hanko, at Pine Rest Christian Mental Health Center in the Grand Rapids area, and classis approved recommending that synod establish a special fund for this cause. Since then, Pine Rest informed the Hankos that it does not believe it can care for Neal’s needs. Rev. Hanko therefore informed classis that he will not need financial assistance from synod at this time. In response to these developments, classis rescinded the pertinent decisions of the September 2010 meeting. At the same time, it advised Rev. Hanko and Lynden’s consistory to return to classis with a request for help in the future, if the need should arise.

In closed session, classis dealt with two matters of discipline. In both instances, after hearing the nature of the sin and the work of the consistory in dealing with the sinner, classis advised the consistory to proceed with discipline.

God willing, the Peace PRC of Lansing, IL will host the September 7, 2011 meeting, and the Hope PRC of Redlands, CA will host the March 7, 2012 meeting. 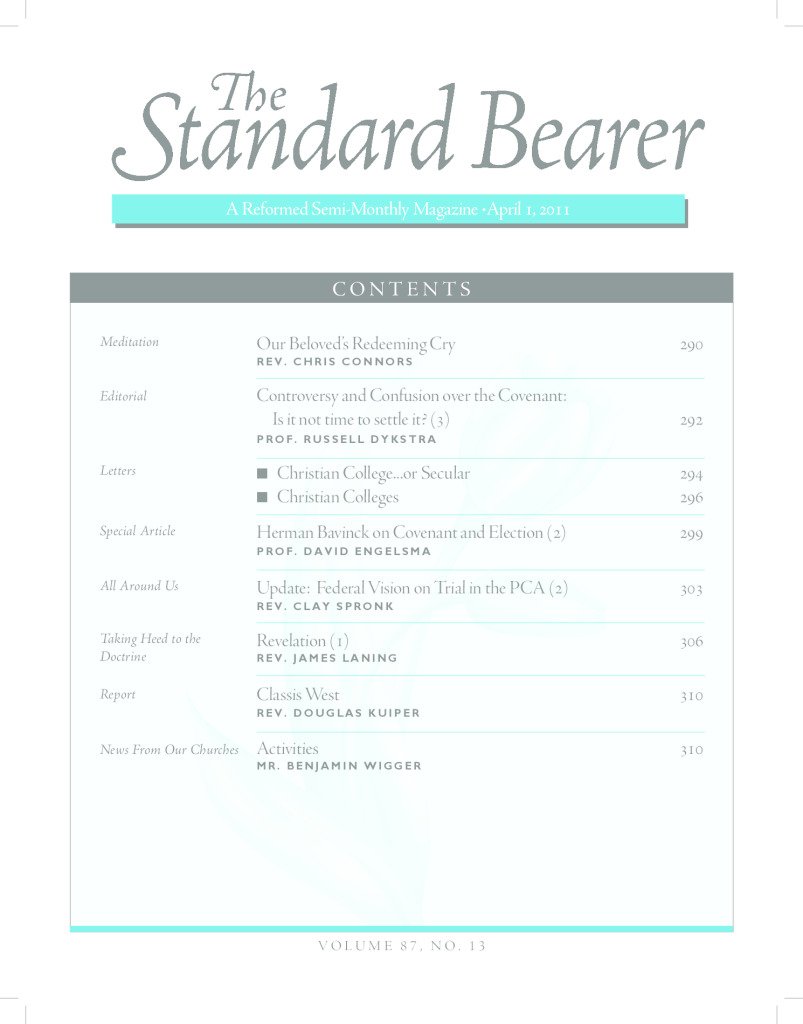