Report of the Fall, 1972 Meeting of Classis West

Classis West of the Protestant Reformed Churches met in Hull, Iowa on October 11. This meeting of Classis had been postponed from September 6, so that Classis could examine all of the candidates who might accept calls in Classis West. Twelve elders and eight ministers from the churches in Classis West attended. Three ministers from Classis East were also present at the Classis to witness and approve the examination of the candidates, in accordance with Article 4 of the Church Order: “the examination both of doctrine and life . . . shall be conducted by the Classis . . . and . . . shall take place in the presence of three delegates of synod from the nearest classes.” Rev. Dale H. Kuiper presided at this meeting of Classis.

The Classical Committee of Classis West presented to Classis the request of the Randolph, Wisconsin consistory that Classis examine the candidate who had accepted their call, Wayne Bekkering, and the request of the Redlands, California consistory that Classis examine the candidate who had accepted their call, Marvin Kamps. This peremptior (decisive) examination of candidates constituted the bulk of Classis’ work. In accordance with the decisions pertaining to Article 4 of the Church Order, Classis examined Mr. Bekkering and Mr. Kamps in dogmatics, practical qualifications, knowledge of Scripture, knowledge of the confessions, and controversy. Mr. Bekkering preached his required sermon before the delegates of Classis in a special worship service of the Hull congregation, the evening of October 10. His text was Proverbs 3:5. Mr. Kamps preached on Psalm 11:5 in the presence of the Classis. With the concurrence of the delegates ad examina, Classis approved the examination of both candidates and advised Randolph and Redlands to proceed with their ordination. Both candidates signed the Formula of Subscription, after it was read aloud to them by the president of Classis. Mr. Bekkering was to be ordained on October 13, and Mr. Kamps, on October 15.

The Classis rejoiced with the vacant churches in the satisfying of their need for a faithful pastor and gave thanks to God Who gave our churches these men for the ministry of the gospel. It was Classis’ prayer that the Lord Jesus Christ bless these young men and make their work fruitful.

The next meeting of Classis West will be held in South Holland, Illinois on March 7, 1973, the Lord willing. 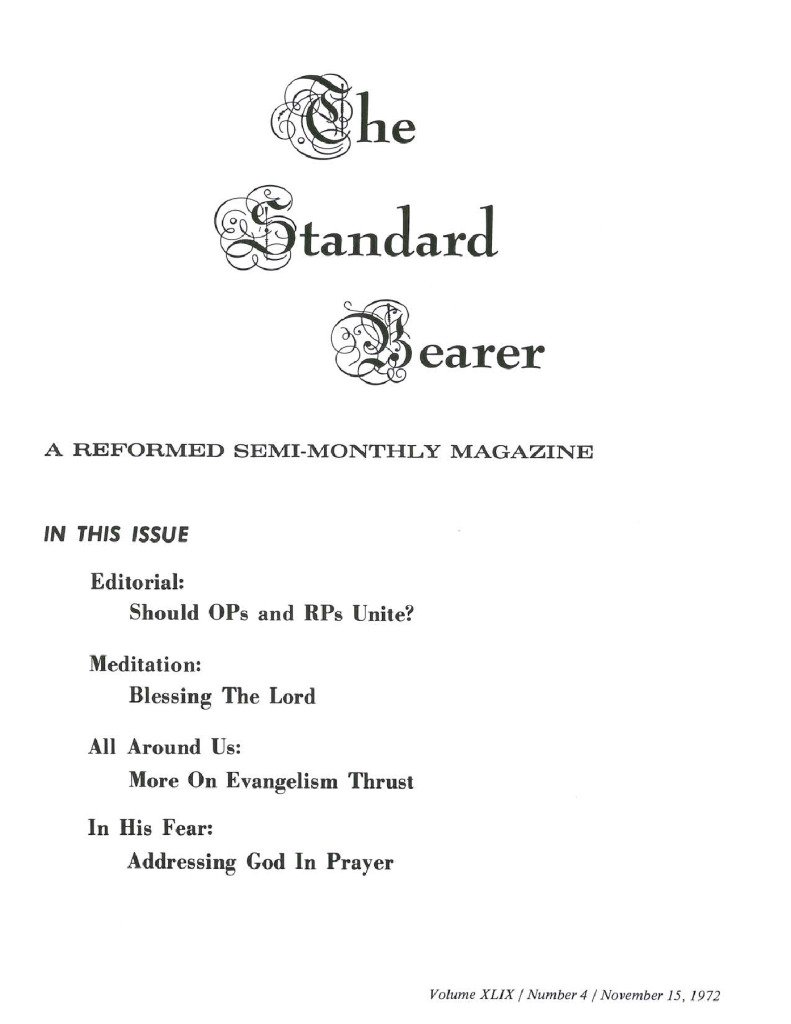