Classis West of the Protestant Reformed Churches met in South Holland, Illinois on March 4, 1980. In welcome relief from the extended sessions of Classis recently, the meeting lasted one day. Rev. W. Bekkering led Classis in opening devotions. He addressed the delegates briefly from I Thessalonians 1:8: “For from you sounded out the word of the Lord not only in Macedonia and Achaia, but also in every place your faith to God-ward is spread abroad; so that we need not to speak any thing.”

Eleven ministers and twelve elders represented the churches of Classis. Missionary R. Van Overloop and Rev. G. Lanting were present and were given the right of the floor. Rev. R. Cammenga, pastor of Hull, attended Classis for the first time as a delegate and was promptly pressed into duty as president of the meeting.

Classis granted the request of a Consistory that the special committee of Classis appointed to give assistance to the Consistory be continued. It adopted an overture of South Holland that Classis obtain official, annual inventories and reports concerning an estate that has been willed to Classis. It sent on to Synod, without comment, an overture of Mr. T. Feenstra concerning the Constitution of the Committee for Contact with Other Churches and concerning the report of “Minister on Loan.”

In executive session, Classis advised a Consistory to proceed with erasure of a baptized member.

Five churches requested subsidy in the amount of $47,500. Another church asked for special subsidy. These requests, with Classis’ approval and pertinent decisions, were sent on to Synod.

Results of the necessary elections were:

Classis accepted Pella’s invitation to hold the next meeting of Classis there. The date will be Wednesday, September 3, 1980, the Lord willing. 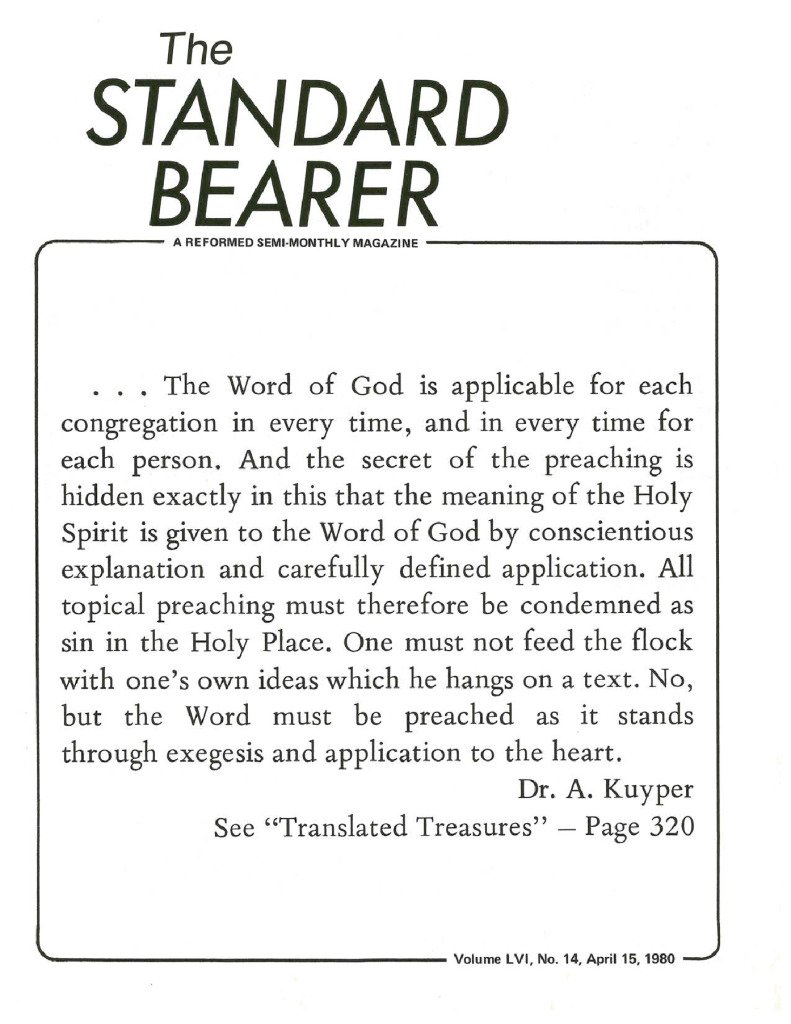