The July meeting of Classis East was held in Holland, Mich. The opening exer­cises were conducted by the local pastor, Rev. P. De Boer. After the singing of No. 221 from the Psalter, he read I Cor. 13 and led in prayer.

After the credential letters were re­ceived and read, classis was declared constituted. Rev. C. Hanko was called upon to preside and Rev. J. De Jong officiated as clerk.

The president spoke a word of welcome to the delegates and asked those who were present for the first time to sign the Formula of Subscription.

The minutes of the last classical meet­ing were read by the stated clerk. Classis adopted them as read.

The stated clerk reports that he had carried out the work assigned to him by the former classis; which report is received for information.

The sermon committee of Classis East reports that they have asked all the ministers of the classis to furnish two type-written sermons, one English and one Dutch, to be used in the vacant con­gregations of Classis East and West. Thus far only two sermons have been received. This report is received for information.

The committee for church-visitation gives a report of its visit to Byron Cen­ter.

A protest from a brother against his pastor and his consistory is read. The answer of the consistory involved is also read. Classis decided that the request of the brother could not be granted, since he did not bring sufficient grounds for his request.

The request of Grand Haven, that they may ask the various churches in Classis East for a collection, is granted.

The Consistory of Holland comes with an overture, that classis shall request that a certain consistory shall, upon the floor of the classis, explain and shed light, upon the course of action they have followed. Classis refers Holland to the consistory concerned.

The overture of Creston in regard to Sunday labor in defense industries is read. Classis replies, that since Creston brings no concrete case of Sunday labor, classis cannot enter into this matter.

A Protest of a consistory against the action of the former classis was read. After considerable discussion classis de­clared, that consistory had no grounds for its protest. Classis maintains its former decisions in this matter.

During the evening session, until a very late hour, classis was busy with the protests of some brethren against the action of their consistory. All these pro­tests and the answer of the consistory were read on the floor of the classis.

Due to the lateness of the hour, the questions of Art. 41 of the Church Order were omitted.

Classis decided to hold its next meet­ing at Fuller Ave., Wednesday, Oct. 7.

After the minutes were read and adopted, Rev. B. Kok led in the closing prayer. 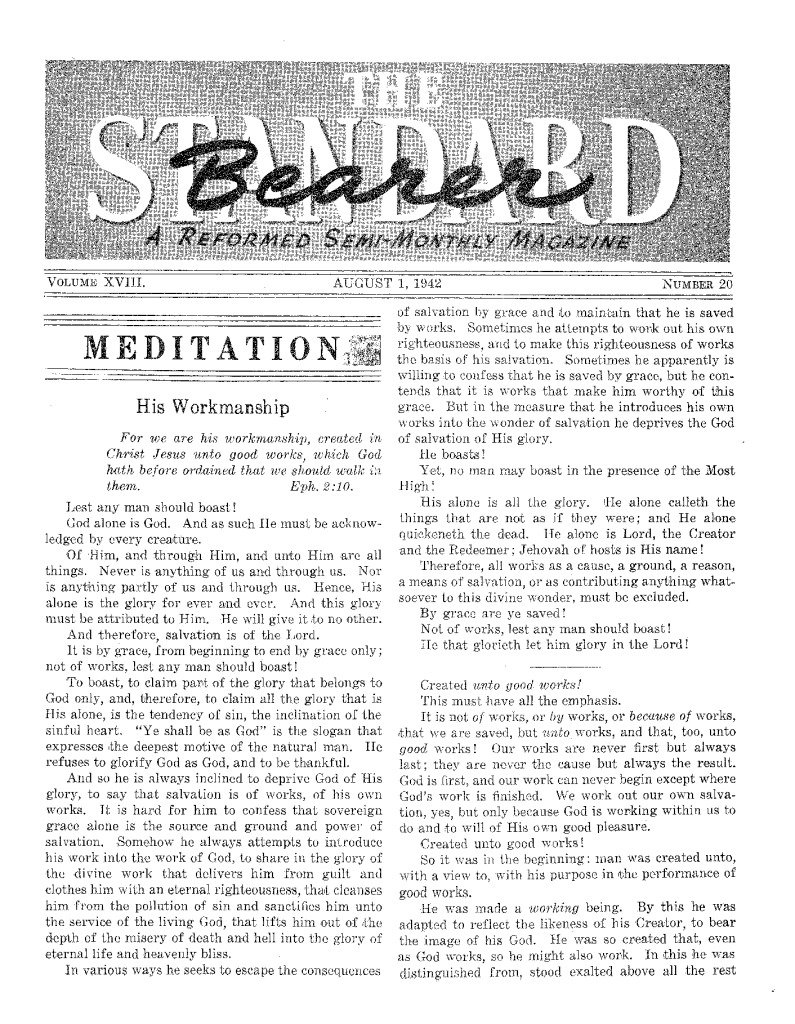