Classis East met in regular session on May 9, 1979 at the Faith Prot. Ref. Church. The churches, with the exception of Kalamazoo, were represented by two delegates. Rev. Woudenberg led in opening devotions; Rev. Bruinsma has his initiation as chairman.

Two items were of particular import to the classis. The first was that another request came from the group in Maine to be organized as a congregation. It was reported by this group that in addition to the three families established there, several additional families have expressed a desire for a Protestant Reformed congregation there. Classis decided, since the very recent developments, there had not yet stabilized sufficiently to warrant immediate organization, to advise the people in Maine to contact either the Mission Committee or a local consistory for help in continuing the work there. A committee of Rev. M. De Vries and Rev. G. Van Baren was appointed to visit the people there and to convey this decision to them.

The second matter of special significance was that classis approved Hope Church’s decision to grant emeritation to Rev. Robert Harbach. Rev. Harbach is presently serving on the mission field in Victoria, British Columbia and will be terminating his stay there about September 1st. Classis expressed appreciation to Rev. Harbach for his contributions to the denomination during the years of his service and expressed gratitude to God for providing Rev. Harbach for the churches.

In other matters, Edmonton’s request to contact the churches in Classis East for financial help for their building fund was denied since this type of request must be made via synod. The expenses of classis were $370.36. Classis will meet next on September 12th at Hudsonville. 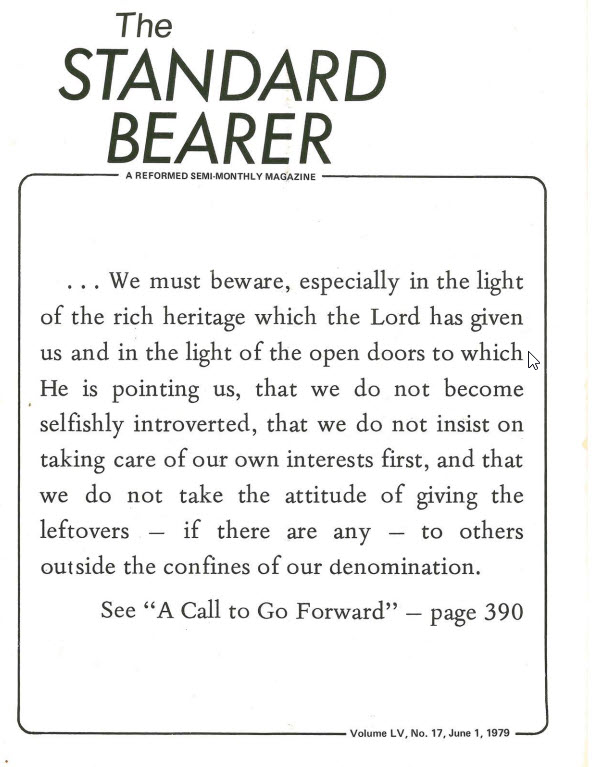