Rev. H. Veldman, chairman of the April session, led the Classis in opening devotions; and after the credentials were received, declared Classis to be properly constituted. All the churches were represented by two delegates. Rev. J. Heys then presided and Rev. R. Harbach recorded the minutes.

The report of the Stated Clerk was received. A proposal from the Stated Clerk that the archives of Classis East be placed on microfilm for security was defeated. The church visitors reported that they found the churches experiencing the Lord’s blessing. Love, peace, unity, the marks of the true church, and the operation of the grace and Spirit of Christ were in evidence in their visits.

Elders Langeland and Kalsbeek were appointed to serve on the Finance Committee; Elder Ondersma thanked the ladies of First Church for their catering services; Rev. R. Harbach, Elder J. C. Lubbers, and Elder King served on the Classical Appointment Committee.

The questions of Article 41 of the Church Order were answered satisfactorily. After the closing remarks of the chairman, Elder J. King closed the meeting with thanksgiving to God.

Classis will meet next time on October 6, 1971 in Hope Church. 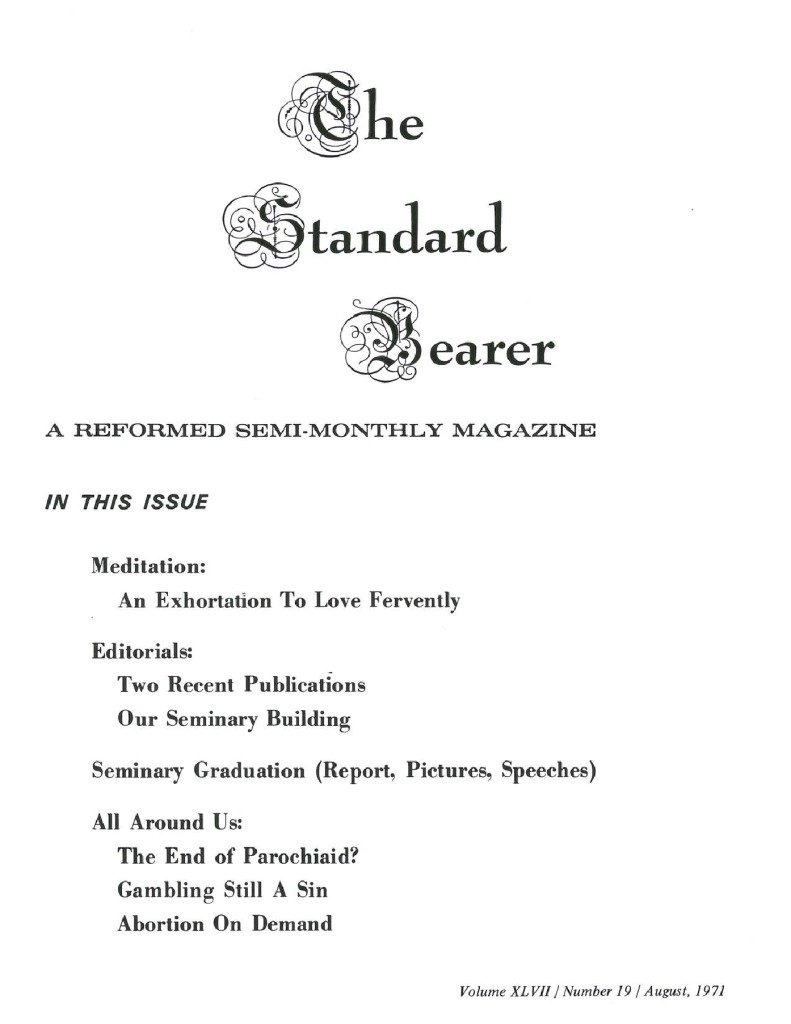