Classis East met in regular session on July 2, 1975 at the First Prot. Ref. Church of Holland, Michigan. Each church was represented by two delegates. The session was brief, the business routine, but the fellowship experienced and the unity evidenced was plenty reason to give thanks to God for calling the representatives of the congregations together. Rev. R. Van Overloop chaired this session of the classis.

Perhaps the highlight of the entire meeting was the report of the church visitors. Sometimes we take it for granted that there is peace and harmony in our denomination but it is reason for thanksgiving to God that he continues to abide mightily in our midst with His good and Holy Spirit, giving us unity and harmony.

In other committee assignments and reports, Elders P. Koole and E. Kortering served on the Finance Committee. Classis approved expenses for this session of $294.86. Elder G. Hoekstra thanked the ladies of Holland for their catering services.

The questions of Article 41 of the Church Order were asked and satisfactorily answered, the concept minutes were read and adopted and classis stood adjourned. The next meeting of Classis East will be held in Hope Church on October 1, 1975. 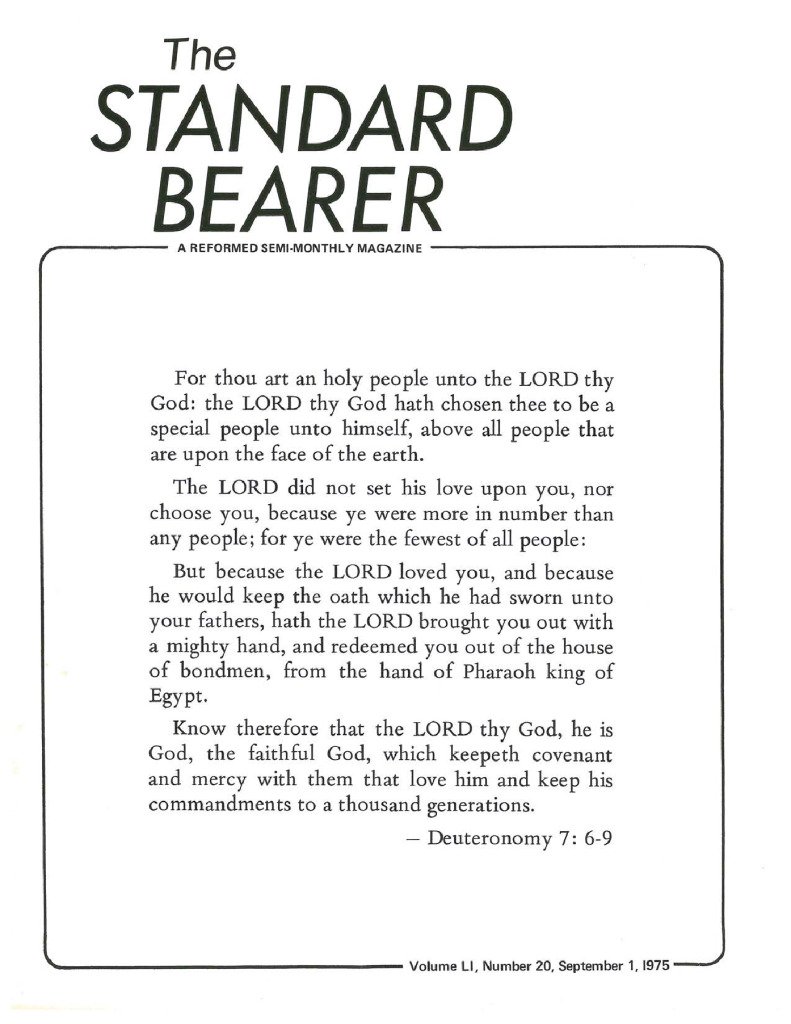