Rev. H. Veldman., who presided at the last meeting of Classis, led in the opening exercises. Psalter No. 239 was sung after which Rev. H. Veldman read a portion of Ephesians 4 and led in prayer.

After the credentials were read and received, showing that all the churches were represented by their delegates, Classis was declared constituted.

According to rotation Rev. R. Veldman is called upon to preside. He asks the delegates present for the first time to sign the Formula of Subscription.

The minutes of the preceding Classical meeting are read and approved. The stated clerk reports that he had carried out the work assigned to him at the last Classis.

Classis granted the request of Grand Haven for Classical appointments, which stipulated that a few Sundays should be left open for student supply. The chair appointed the following committee to prepare a schedule for classical appointments: The Revs. H. Veldman and G.

Lubbers and Elder W. Wierenga. Later in the day they presented the following schedule, which was adopted by Classis:

Seeing the preceding Classis did not finish its study of the Psalter Revision Committee’s Report as it is found in the Acts of Synod of 1945, this matter was again taken up at this meeting of Classis.

Various decisions were taken recommending some and rejecting others, of the revisions suggested by the Committee.

Various suggestions were made by Classis. Among other things, Classis advised the Psalter Revision Committee to investigate all versifications of the Holland Psalms as they are found in the Psalter Hymnal.

Rev. S. Cammenga was appointed to thank the ladies for their catering services.

Classis decided to hold its next meeting again at Fuller Ave., the second Wednesday in January, January 8, 1947.

The questions of Article 41 of the Church Order were asked of the consistories. The minutes were read and approved. Upon motion Classis decides to adjourn. After the singing of Psalter No. 252, Rev, B. Kok leads in prayer. 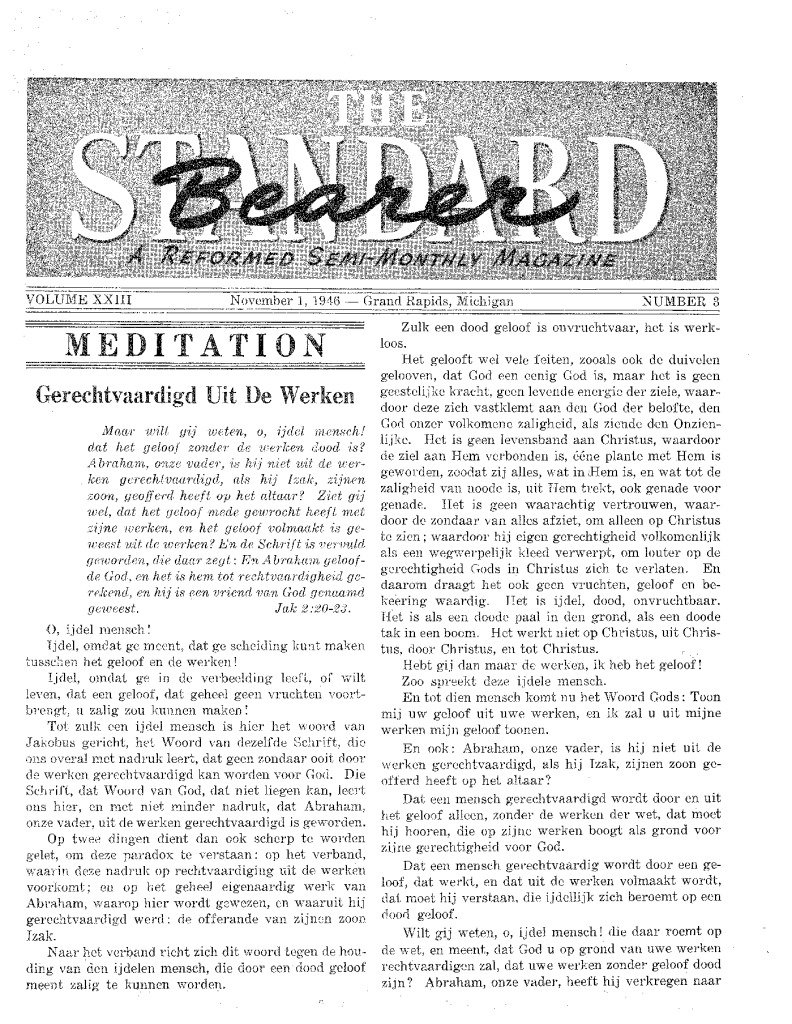