This session of Classis East was held at the Second Prot. Ref. Church of Grand Rapids. Rev. H.H. Kuiper, who presided at the last Classis, conducted the usual opening exercises.

The credentials are read and accepted. They reveal that all the churches are represented by two delegates with the exception of Chatham; of this congregation only the pastor was able to be present.

According to rotation, Rev. G. Lubbers is called upon to preside, and Rev. H.H. Kuiper serves as clerk.

The minutes of the former meeting of Classis are read and approved.

Grand Haven requests classical appointments in the interim between this and the next meeting of Classis. This request was granted.

A committee was appointed to draw up a schedule. Later in the meeting they presented the following schedule, which was adopted by Classis:

Next Classis was occupied with the letter from brethren in Hamilton, that also appeared in the Standard Bearer of Oct. 1, 1951. This letter was read and received for information. It was then placed in the hands of a committee to serve the Classis with advice in this matter.

This committee advised Classis to send the following answer to these brethren. Classis adopted this advice and sent them the following letter:

“Classis East of the Prot. Ref. Churches expresses, that we would be ready to accept your confession of guilt with respect to your evil treatment of Rev. H. Veldman and Elder S. Reitsma, were it not for the fact that almost in the same breath you publicly attack the good name and reputation of Rev. H. Veldman without proof, and contrary to the report our classical committee gave of this matter. We require that you publicly retract the unfounded charges against your former pastor.

Finally, we counsel you in the name of the Lord:

It is our sincere desire that you heartily confess the sins committed, and that you may strive to walk the church political way toward healing the existing breach between you and us.”

The consistory of Hope comes with an overture in re a conference of ministers and elders of both classes. Classis advises Hope that according to Art. 30 D.K.O. this matter cannot be treated here but that this matter belongs to the organic endeavor of our churches.

A consistory asks for advice in re the increasing of censure upon two confessing members. After the necessary light is given by the consistory, Classis advises them to increase the censure.

Rev. G. Lubbers and Rev. G. Vos were elected to serve in the classical committee. D Jonker was elected as stated clerk.

The chairman, Rev. G. Lubbers thanks the ladies for their catering services.

The minutes are read and approved Rev. J. Bankespoor closes with prayer. 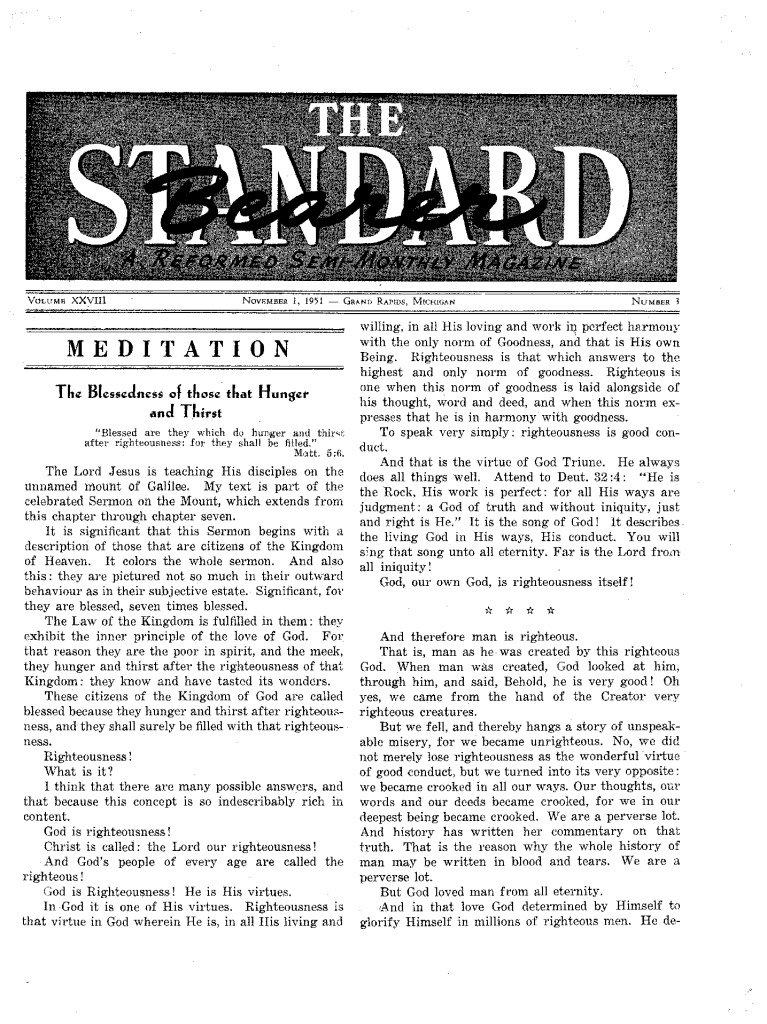