“Present Truth” and the Immortality of the Soul

“Present Truth” and the Immortality of the Soul

In the December 1 issue of the Standard Bearer, I included in my column a brief quotation which was originally taken from Christian News in which quotation was found an additional quotation taken from Present Truth magazine. It appeared from this quote that the writer of the pertinent article in Present Truth denied the immortality of the soul.

A rather large bundle of material was sent to the editorial office of the Standard Bearer by the editors of Present Truth, among which material was included the original article from which the quote in Christian News was taken. After perusing this material, it becomes evident that it is not true that Present Truth denies the immortality of the soul. We are sorry that our quotation misrepresented the position of the writers of this paper on this question, and we offer our apologies.

The article in question is entitled “Individual and Cosmic Eschatology.” In it the author is at pains to point out that the Scriptures emphasize that the child of God does not receive his full blessedness until the day of Christ’s second coming. The author emphasizes the fact that death which is the punishment for sin struck down the whole of man; that this was because the whole man sinned; that Christ died to redeem the whole man; that it is the whole man who is saved; and that this salvation does not become the possession of the believer until Christ returns again to take the whole creation and all His people into glory. The article warns against an “individual eschatology” which leads the believer to pin his hopes on salvation at the moment of death while ignoring the salvation which shall only be his at the moment when Christ comes again.

and it remains His inherently.

including immortality. ‘. . .our Saviour Jesus Christ . . . hath abolished death, and brought life and immortality to light through the gospel.’

Death has been abolished for us in Christ. Yet it is not yet abolished in us. We have the victory over death, not as an empirical reality (for Christians still die), but we possess this “deathlessness” by faith. In the same way, the gospel brings us the gift of immortality. We may possess it by faith. Yet it shall not be ours by visible possession until Christ comes again and bestows it upon His people. see

The point which the writer is making is that immortality is only in Christ, but is given to the believer as a gift of grace. The article goes on to point out that this was indeed Luther’s position, but that Luther’s views on this subject were discarded and the old pagan notion of immortality, first espoused by Plato, crept back into the church.

We are inclined to agree with this view of immortality. Because immortality has been said to be an attribute of man by virtue of his creation, immortality is also claimed to be a part of the image of God in man. For example, L. Berkhof writes in his Systematic Theology:

Still another element of the image of God is immortality. The Bible says that God only bath immortality,

and this would seem to exclude the idea of human immortality. But it is perfectly evident from Scripture that man is also immortal in some sense of the word. . . .

The result of this has been that the teaching arose in the church that man retains some parts of the image of God even when he falls. And immortality itself has been defined in terms of its being nothing else but existence after death—both for the saved and the damned.

However, in connection with the emphasis of Present Truth upon “cosmic eschatology” which is given to believers only at the coming of Christ, the question arises: what does the writer teach concerning the intermediate state? Does the believer go to glory at the moment of his death? Does he enter consciously into the salvation which Christ has purchased for him?

Luther generally understands the condition between death and the resurrection as a deep, dreamless sleep without consciousness and feeling.

For just as a man who falls asleep and sleeps soundly until morning does not know what has happened to him when he wakes up, so we shall suddenly rise on the Last Day; and we shall know neither what death has been like or how we have come through it.

We are to sleep until he comes and knocks on the grave and says, ‘Dr. Martin, get up.’ Then I will arise in a moment and will be eternally happy with him. (Quotations are taken from Luther’s “Table Talks.”)

Interestingly enough, Present Truth claims that this view of soul sleep was directly connected with Luther’s view of the immortality of the: soul; while Calvin, who reverted to the old Platonic idea, taught a certain intermediate state—although, as Present Truth points out, he was brief in his discussion of it.

To explain this idea of soul sleep, the article itself goes on to say:

Yet Luther could still speak of the departed as being with the Lord as fully redeemed men. This is because he saw God as above and outside of our time. When a man dies, he passes out of time and arrives at the last day. In this sense there is no time between death and the resurrection. Yet all will reach the last clay together.

There is no question about it that there are many difficult problems which arise in connection with Scripture’s discussion of the death of the people of God. What, from a psychological viewpoint, takes place at death is not easy to understand. And certainly in connection with this, it is also difficult to understand what takes place at the final resurrection. But there are several points which are clear. In the first place, death is not “natural.” Man was not created to die. Death is a penal concept. Death came as the judgment of God upon sin. And physical death is the door into hell for those who come under the righteous judgment of God. Furthermore, through the power of Christ’s resurrection, death becomes a triumph for the believer. The power of death is destroyed. And, though the believer must die, nevertheless, death is passage into life. It is true that we cannot answer all the questions which arise in connection with death; but it is also true that this is because of the miracle of Christ’s victory over death—a victory which He won for His people. The same is true of the resurrection. We cannot understand the miracle of the final resurrection. But we do know that at the resurrection our bodies shall arise. Present Truth says that Scripture nowhere speaks of a resurrection of the body. Quoting William Barclay, the article says: “Scripture does not speak either of the resurrection of the body or of the resurrection of the flesh.” But this is not true. To quote but one passage, I Corinthians 15 is exactly speaking of the resurrection of the body: “But some man will say, How are the dead raised up? and with what body do they come? Thou fool, that which thou sowest is not quickened, except it die: And that which thou sowest, thou sowest not that body that shall be, but bare grain, it may chance of wheat, or of some other grain: But God giveth it a body as it hath pleased him, and to every seed his own body. . . . So also is the resurrection of the dead. It (and Paul is emphatically speaking here of the body.) is sown in corruption; it is raised in incorruption: It is sown in dishonor; it is raised in glory: it is sown in weakness; it is raised in power: It is sown a natural body; it is raised a spiritual body. There is a natural body, and there is a spiritual body. . . . Now this I say, brethren, that flesh and blood cannot inherit the kingdom of God. . . .” (Vss. 35-38, 42-44, 50.)

Present Truth claims that a preoccupation with individual eschatology (that is, with the notion that believers go to heaven at the moment of death) tends “to eat up cosmic eschatology” so that the hope of the believer is no longer fastened on the return of Christ. Thus, individual eschatology is to be rejected. However, Scripture is quite clear on the fact that the believer indeed goes to glory at the moment of death. There may be problems in understanding this; and it may be that in some circles this idea tends to obscure in the mind of the believer the hope of the second coming of Christ; but Scripture is clear on this nonetheless. We cannot enter into the question now in, detail, but we refer the reader to such texts as, Luke 23:43, II Cor. 5:1, John 14:1-3, Rev. 6:9-11. Our Heidelberg Catechism expresses it very beautifully when it says in Q. 57: “What comfort doth the ‘resurrection of the body’ afford thee? That not only my soul after this life shall be immediately taken up to Christ its head; but also, that this my body, being raised’ by the power of Christ, shall be reunited with my soul, and make like unto the glorious body of Christ.”

There is a footnote to all this. After the original article appeared, several correspondents wrote that Robert Brinsmead was at one time affiliated with the Seventh Day Adventists, and that his present connection with this sect was not now known. I wrote to the editorial offices concerning this matter and received today a letter in which Norman Jarnes the Publishing Editor wrote: “In regard to your inquiry, The Australian Forum and its official organ, Present Truth, are in no way connected with any denominational sponsorship, nor do they represent any denominational viewpoint. Those who participate in our publications and in our public forums come from varying denominational backgrounds. . . . Mr. Brinsmead is an independent evangelical scholar. He was disfellowshipped from the Adventists Church back in 1962 because of conflict, and holds no denominational membership.” 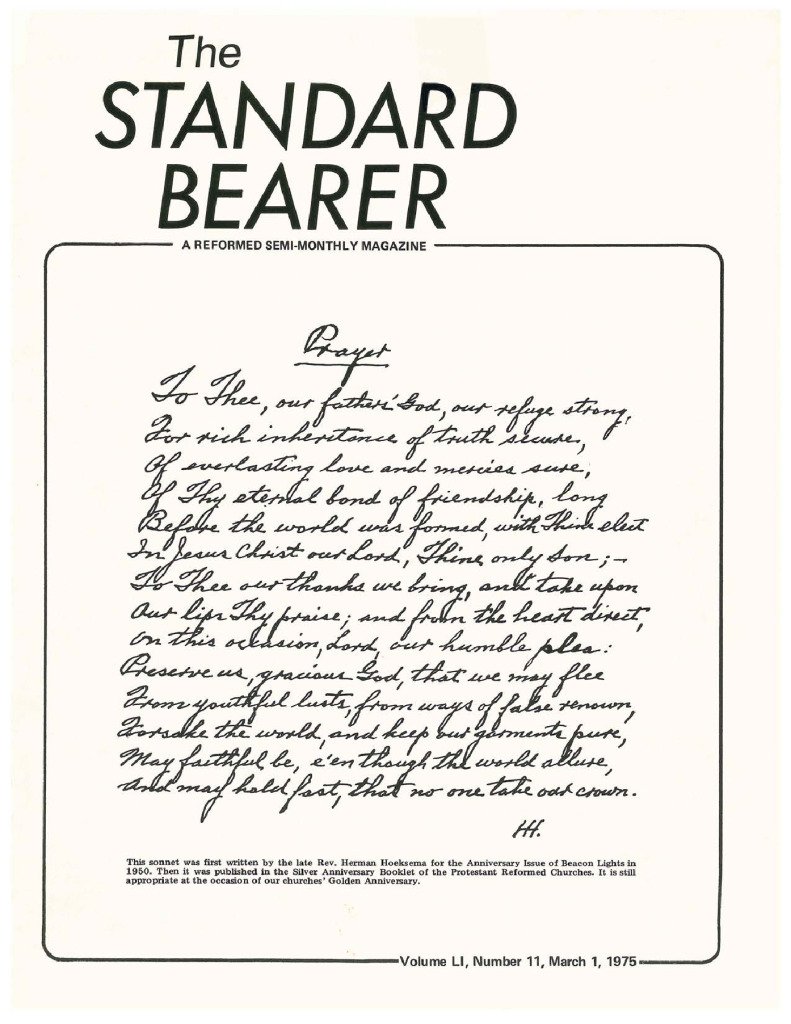