In our age of capitalist bounty and socialist welfare state, of justice warriors and identity politics, it is easy to be cynical toward the poor and pleas to assist them. Nevertheless, every Christian ought to have the deepest pity for the poor, and if given the means, ought help his poor neighbor generously. Even more so, if that poor fellow is a believer. For if we have this world’s goods, see our brother in need, and show no compassion, the love of God does not dwell in us (I John 3:17). And no one can say, “We have no poor,” for the poor we have with us always (Matt. 26:11). And the poor we have always, as an enduring picture to remind us poor sinners of the gospel of grace we preach, that Jesus Christ, though He was rich, yet for our sakes became poor, that we through His poverty might be rich (Deut. 15:4-5; II Cor. 8:9).

The cure for any such cynicism about the poor is to remember our Lord’s attitude toward them. Consid­er the many laws He instituted to care for the poor in the old covenant, even poor strangers like His ancestor Ruth (Ex. 22-23; Deut. 15, 24; Lev. 19, 23, 25). Of­ten He warned Israel not to harden their hearts or close their hands to the poor. He forbad them to charge the poor interest, take their garments as security, enslave, or withhold their wages until the next day—lest the poor cry out and He hear. Provisions were made for the poor to bring ‘lesser’ offerings (Lev. 5:7; 14:21). Judg­es were warned of prejudice against the poor. Farmers were charged to leave grapes on the vines, fallen crops on the ground, and corners of fields unharvested so the poor could live on these leftovers. And few things angered Him more than when Israel would cast down, turn aside, push away, tread down, forsake, oppress, persecute, rob, sell, and murder the poor—all charac­teristics of the wicked (Amos, Job 20:19; 24:4-9; Ps. 10:2-10, 14:6, 37:14).

Consider also that in the new covenant where the figures of the law ceased at the coming of Christ, this one earthly picture remains—the poor with us always; and since Christ was made poor, our obligations to the poor have only increased. For the gospel is that Jesus is Savior of the poor, not rich. He hears the poor man’s cry, but is deaf to his oppressor; He delivers the poor from trouble, but troubles his troubler; He lifts the poor from the dust, but turns the rich into dust; He holds Lazarus in His bosom, but casts the rich man into hell; He blesses the poor in spirit, but torments the rich body and soul; He brings the rich to poverty, but feeds the poor with His own flesh (Belgic Confession, Art. 35; Matt. 5:3; Heidelberg Catechism, LD 51; I Sam. 2:7-8; Job 5:15-16; 36:6; Ps. 12:5; 34:6).

Still today, spiritual worship of God requires we “contribute to the relief of the poor” (Heidelberg Catechism, LD 38); Jesus still calls the husband to work, not to be rich, but to “maintain his household honest­ly and…have something to give to the poor” (Marriage Form); and one question Jesus still puts to every consistory is, “Are the poor cared for?” We ought also to consider that Jesus deliberately instituted an office in His church with one job—to show this gospel of mercy in deed by visiting, assisting, and comforting the poor and distressed in their need with cheerfulness, compas­sion, and hearty affection (Belgic Confession, Art. 30; Church Order, Art. 25).

And no Christian (or deaconate) may ever say the poor do not deserve my help. Yes, certain sinful behaviors—laziness, being miserly, greed, obstinance, drunkenness, gluttony, and vanity—tend to poverty (Prov. 6:10; 11:24; 13:18; 20:13; 23:21; 29:19). Yes, he that will not work, should not eat (II Thess. 3:10). And yes, deacons are to distribute alms prudently. Nevertheless, to withhold help because someone does not deserve it betrays the very mercy and compassion of God shown to us in Christ. Since when did we deserve His riches? And what riches do we have that we did not first re­ceive? (I Cor. 4:7).

So be charitable, you who are rich, give liberally, and contribute willingly to the poor in need. 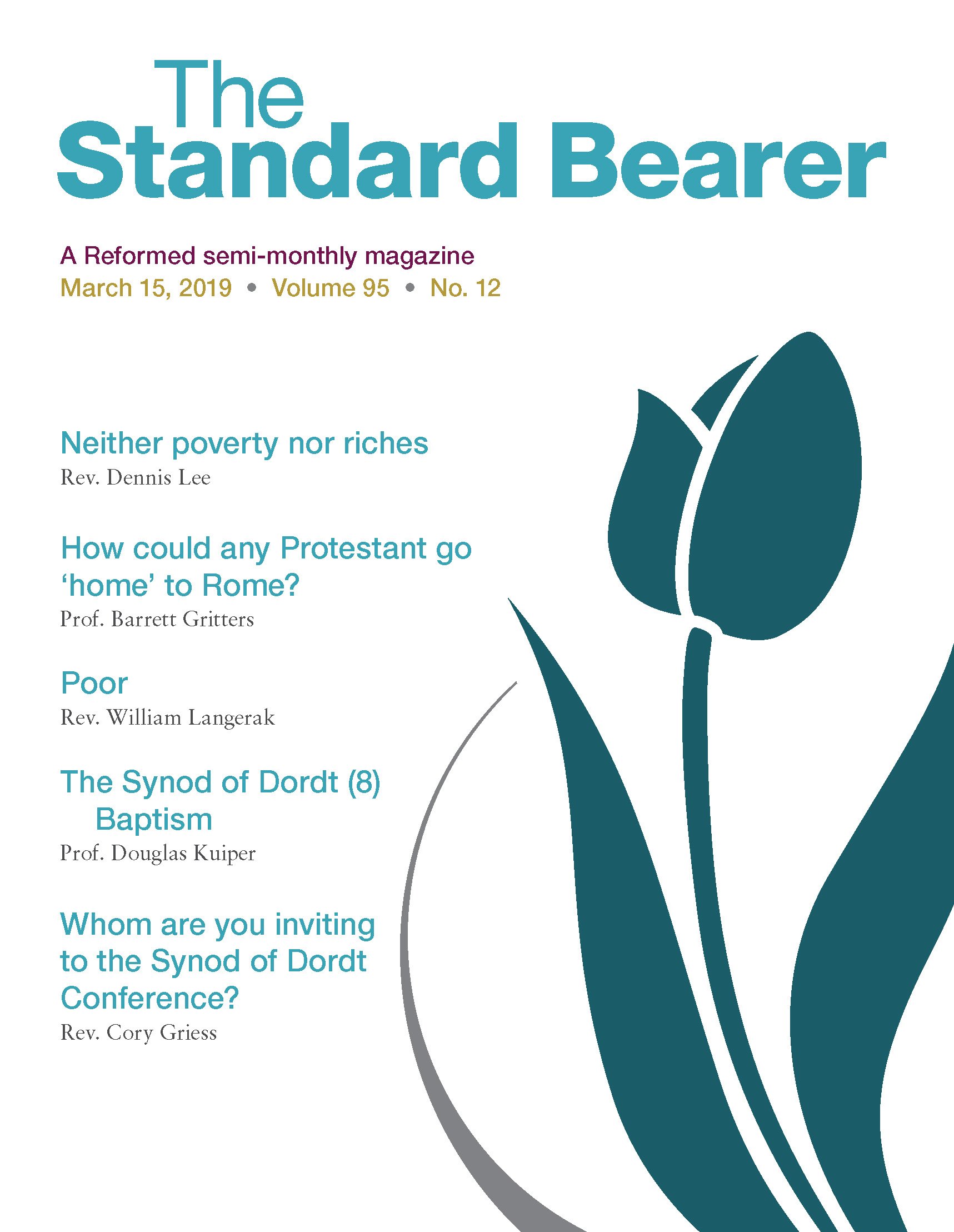