This little gem was written by Paul to a rich man who -was instructed by Paul to receive his slave who had run to Rome, but was converted there by Paul’s preaching and instructed to return. As such, it contains many implications on the fruits of the gospel.

Philemon was a member of the church at Colosse, perhaps even an office bearer, addressed as “fellow laborer” (Philemon 1:1). In all likelihood Philemon was among the converts when Paul worked in Colosse during his third missionary journey. You recall that during this journey Paul stayed about three years in Ephesus, from which he traveled to cities in the area, Colosse included (Acts 19:10). Philemon’s wife was Apphia (Philemon 1:2), and his son was Archippus (Philemon 1:2), who was a leader, perhaps minister, in the church of Colosse (Colossians 4:17). This may explain why all three are addressed, and why mention is made of the “church in thy house” (Philemon 1:2). We may also conclude from this that they were people of material means, known for their hospitality and generosity on behalf of the gospel. They had a house large enough either to hold the services, or to accommodate several members. They had slaves and they cared about the material needs of the saints (Philemon 1:5-7). Evidently there was a close relationship between Paul and Philemon, as evidenced in the terms of endearment used (“dearly beloved”) and the special request that Paul makes of him, namely, to receive his runaway slave back home.

The name of this slave was Onesimus. He evidently had done something wrong. It is suggested that he stole money from his master—”which in time past was to thee unprofitable” (Philemon 1:11). Along with this crime he ran away to Rome, for there a slave could become lost in the obscurity of the million and a half people who lived there. While in Rome he contacted Paul, who was imprisoned in a house. Some suggest that Onesimus knew Paul from the time he labored in Colosse, and when he heard that Paul was in prison, looked him up with the desire to be right with God. Others suggest that it was the need for money (he spent the stolen money and became desperate) that prompted him to turn to Paul. Whatever it was, God used the preaching of Paul to lead Onesimus to conversion and to faith in Christ: “my son whom I have begotten in my bonds” (Philemon 1:10). Paul and Onesimus became dear friends: “mine own bowels” (Philemon 1:12).

The immediate occasion for writing this letter was Paul’s desire that Philemon receive Onesimus back as a slave and forgive him for running away.

Let’s try to construct in our minds the sequence of events. Paul is in prison in Rome. The years of his early imprisonment were A.D. 61-63. During this stay, he was held prisoner in a house. He was able to have his friends stay with him. Colossians 4:10 mentions Mark, Aristarchus, Justus, Luke, Demas, and others. This letter to Philemon mentions specifically “Ephaphras, Marcus, Aristarchus, Demas, Lucas” (Philemon 1:23, 24). When Onesimus appeared in Rome and was converted, Paul and Onesimus realized that duty demanded that Onesimus return to his master. At the same time, Paul heard from Epaphras about the evils taking place in the church of Colosse. If a person would travel to Colosse to bring them a letter, he would likely go there by way of Ephesus. Since the Ephesian church needed counsel, Paul sent Tychicus, who was at Rome with him, to Colosse by way of Ephesus. Tychicus took with him Onesimus to be returned to Philemon, and three letters, one for the Ephesian church, one for the Colossian church, and one for Philemon, a member of the church of Colosse.

There is no doubt but Paul wrote this letter to Philemon. In verse one he identified himself as the writer and called himself “a prisoner of Jesus Christ.” The date is the same as that of Ephesians and Colossians: A.D. 62 or possibly 63.

The preaching of the gospel had a saving effect in the heart and life of Onesimus. As was true for his master, Philemon, when Paul preached in Colosse during his third missionary journey, so now was true for this runaway slave. Onesimus must have responded so well to the gospel preached that Paul calls him “my child who I have begotten in bonds” (Philemon 1:10), “my own bowels” (Philemon 1:12), and “a brother beloved, specially to me, but now much more with thee both in the flesh and in the Lord” (Philemon 1:16), and finally, “faithful and beloved brother” (Col. 4:9).

Paul desired that Philemon receive Onesimus back into his home as a slave. The sin that stood between Onesimus and Philemon had to be resolved. The only way that that could be done was for Onesimus to confess his sin against the fifth commandment (he rebelled against the authority of his master), and prove his confession by returning to Philemon and submitting to his rule. Philemon was to forgive him in Christ and show the sincerity of this by reinstating him into his former position.

In summary, we can see that the message of Paul to Philemon has many important implications.

First, the spiritual principle of repentance and forgiveness is basic to all Christian experience. Tenney in his Survey writes, “In this letter are found all the elements of forgiveness: the offense (Philemon 1:11, 18), compassion (Philemon 1:10), intercession (Philemon 1:10, 18, 19), substitution (Philemon 1:18, 19), restoration to favor (Philemon 1:15), and elevation to a new relationship (Philemon 1:16). Every aspect of the divine forgiveness of sin is duplicated in the forgiveness which Paul sought for Onesimus. It is a practical lesson in the petition of the prayer, ‘Forgive us our debts as we also have forgiven our debtors.'”

Second, the question arises whether the counsel of Paul to Onesimus eradicates the former relationship, that is master-slave. Some writers suggest that “as you receive me” (Philemon 1:17), and “Having confidence in thy obedience I wrote unto thee knowing that thou wilt also do more than I say” (Philemon 1:21), are suggestions to Philemon that he free Onesimus from being a slave. This is highly speculative. One does not read in the New Testament exhortations to change the social structure. Rather, it is more correct to see that in this letter, Philemon (master) and Onesimus (slave) are to deal with each other differently. Faith does not abolish older structures, it does affect how we act in them. By this epistle, Paul exhorts Philemon to deal with Onesimus as a Christian must deal with a brother in Christ, even if he is a slave, and a runaway at that. Similarly, Onesimus, as a brother in Christ, must return, respect, and serve his master in the Lord. This is a noteworthy example for all social relationships as the Spirit works in our hearts by the holy gospel.

1.Salutation (Philemon 1:1-3). He, Paul, identifies himself as the author, being a prisoner of Jesus Christ. He also mentions the fact that Timothy is with him (Philemon 1:1). He addresses Philemon as dearly beloved, a fellow laborer, mentions his wife Apphia and son Archippus, and includes the church that meets in his house (Philemon 1:1, 2). He expresses the apostolic greeting (Philemon 1:3).

3. Paul mentions his desire that Philemon receive Onesimus back and forgive him (Philemon 1:9-21). He requests that Philemon consider this as coming from Paul, both older and a prisoner (Philemon 1:9, 10). He informs Philemon that Onesimus is more than a runaway slave, he is a brother in Christ and now profitable for both of them (Philemon 1:12, 13). He also asks Philemon to receive him willingly with a view to retaining him and using him as a brother in Christ (Philemon 1:14-16). He asks him to do this as a partner of Paul; and if money stands in the way, Paul will repay it all (Philemon 1:17-19). He tells him that by doing this, Paul will be lifted up and encouraged by the evidence of this fruit in the gospel (Philemon 1:20, 21).

4. Paul asks Philemon to prepare a lodging place because Paul expects to travel there soon (Philemon 1:22).

1. Reflect upon the evidence that we have as to who Philemon was. Is there any indication of his wealth, his charitableness?

2. Show from this letter that both Philemon and Onesimus were dear friends of the apostle Paul.

3. What do we know about slaves in this New Testament period? It could be that Onesimus was a captive taken by the Roman army and subsequently sold as a slave. Do you think Onesimus had a hard life as slave of Philemon?

4. Show from the Bible that both Philemon and Onesimus were converted by the gospel preached by Paul.

5. Point out from this letter that the spiritual message is repentance and forgiveness.

6. Do you think that Paul wanted Philemon to free Onesimus from being a slave? Is there any indication? Does the New Testament gospel forbid slavery?

7. What lesson is there in this letter for instructing the church in how to deal with one another, whether one is a master and another a slave? 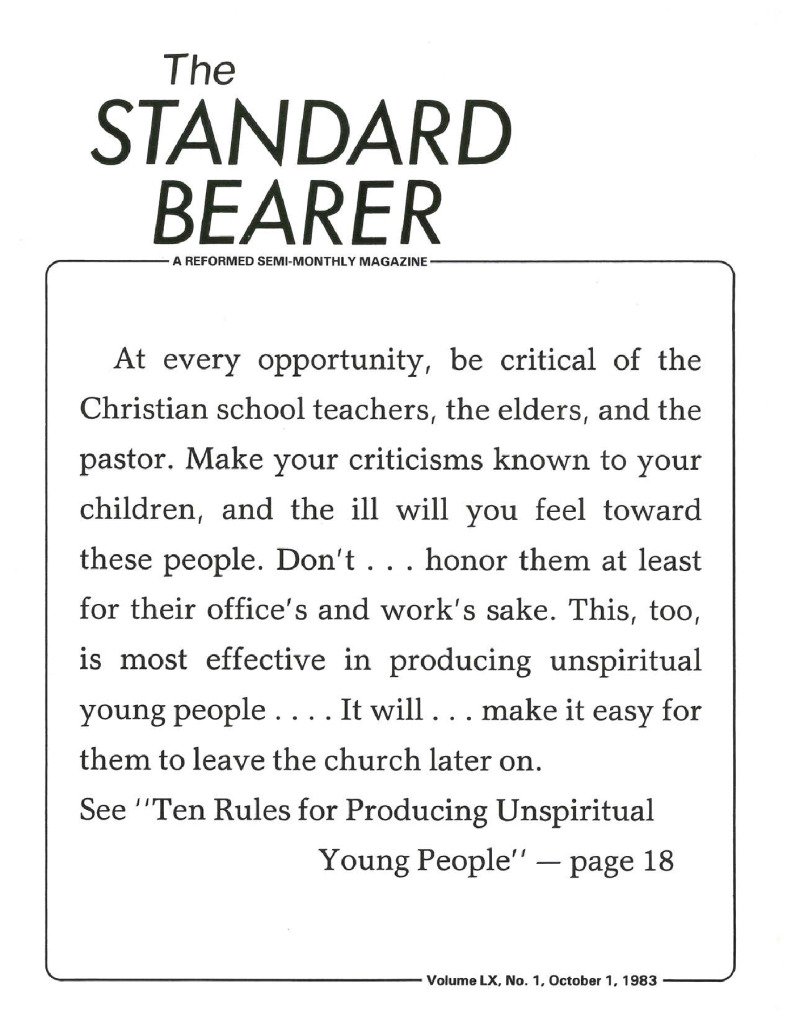