Our Answer to L. Van Huizen

Our Answer to L. Van Huizen

In the Concordia issue of August 30, 1951, appears an article written by L. Van Huizen. The writer of this article expects an answer (I imagine from the undersigned) but concludes with the statement that he does not intend to reply. My answer will be brief.

There are many things in this article upon which I could comment. This I find unnecessary. I have written much in connection with our experiences in Hamilton. A refutation of anything I have written until now has never appeared. The undersigned challenges L. Van Huizen to refute whatever I have written in my past articles. Besides, may I remind our readers of the following: Hamilton’s terrible action whereby they deposed the undersigned, which Van Huizen admits in this article to have been wrong, church politically, is simply defended by the observation that they were forced to this wicked action. Forced by whom? Of course, Classis East of the Protestant Reformed Churches. Must I say more?

Moreover, in this article the writer gives his reason for the course of events in Hamilton. This article speaks of the “fall and failure of Rev. Veldman as minister here in Hamilton”. Permit me to state or to repeat the following: Hamilton’s departure from our midst is due to the fact that they refused to walk as a Protestant Reformed church and consistory. They refused to endorse the binding decision which was passed, almost unanimously, by Classis East of October, 1950. They simply insisted on accepting Liberated members, as such, into the fellowship of the Protestant Reformed Churches. The sole issue which the undersigned maintained, also as a basis for the acceptance of members, revolved about the question whether the promise of God is for all or only for the elect. And I challenge Van Huizen to prove the contrary.

One more remark. Van Huizen urges our synod which, the Lord willing, will meet this month, to reject the Declaration of Principles. Is this not a potent argument in favor of its adoption? 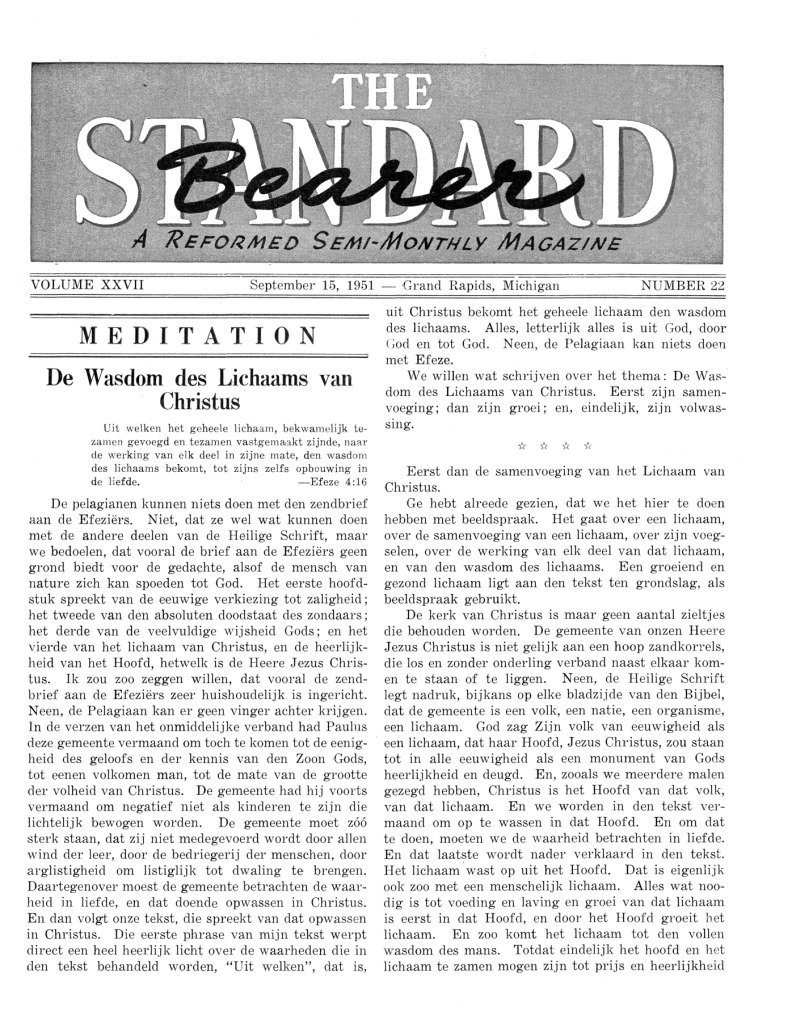