From a trio consisting of Revs. Miersma, Veldman, and Woudenberg, Kalamazoo elected to extend a call to Rev. Woudenberg.

A recent Hudsonville bulletin included an excerpt from a letter received from Rev. Kuiper. In that letter our missionary in Skowhegan gave a brief account of his activities there. He mentioned having given a Reformation Day speech, a condensed version of which he later presented in the Canaan Christian School. The speech, he said, attracted a “few visitors.” He also reported that he has begun preaching a third service near Portland. His plans are “to do that every other week for a while, and encourage the people down there to come up here the alternate weeks.”

A number of bulletins have recently included information concerning building projects. The Forbes’ congregation, and Faith Church in Jenison, for example, are each concerned with the construction of a parsonage. Southwest planned to consider, at its December 3 Congregational meeting, a proposal “regarding purchase of property for future building.” And Doon is in the process of actually putting up a new church building. Early in August, already, the basement walls were in place, and by the end of October the roof was being shingled. According to a September bulletin from Doon, the congregation decided to install an electric heating system in the new building, and to provide for air conditioning in both the main floor and the basement. It’s expected that the building will be ready for use “by about next March.”

From several Grand Rapids’ bulletins we learn that the Radio Choir has been reorganized. It’s replacing First Church’s Choral Society, and is under the sponsorship of the Radio Committee which, according to the announcements, “has a real need for more recorded choir music.”

And, since we’re on the subject anyway, I could refer to another bulletin which announced that chapel exercises for the students of our Doon school would be held in the Doon Church on October 31. The parents were invited to attend, too, and, in addition, according to the announcement, “Edgerton will be coming down.” Rev. Moore was the chapel speaker. After the program everyone went over to the school, where refreshments were served.

For the remainder of the news column, I’ll have to dip into my reserves. Actually, it’s high time I do that, for some of the material in my box, I see, dates back to the middle of 1973! For this time, though, how about a little news (if you’ll permit the use of that term in this context) concerning the various Church Picnics held during the summer of 1974.

It appears, from bulletin announcements concerning them, that the picnic dinners are something of a highlight in those affairs. We notice that Southwest’s people enjoyed a catered chicken dinner on June 8. First Church’s picnic, held on that same date, again featured an ox roast. And on the 4th of July, South Holland’s congregation enjoyed a hog roast, held on the school grounds. Several of our western congregations got together, also on July 4, for an inter-church picnic at Hull Park. Candidate James Slopsema spoke at the afternoon program. Canteen service was available for the noon lunch. At Doon’s church picnic, held on July 17, there was a “potluck” dinner, as there was also at the Isabel/Forbes’ picnic on July 4. The latter included a short program, with Rev. Mark Hoeksema as the speaker.

Whether fried chicken is brought in, or rounds of juicy beef turn on a spit all day, makes very little difference, of course. It’s wonderful that the members of our various congregations can come together on occasion for a day of fun and fellowship. As Rev. Miersma put it, in his June 23 bulletin, “for those who seek and enjoy the fellowship of the saints, this is an excellent opportunity to do so.” 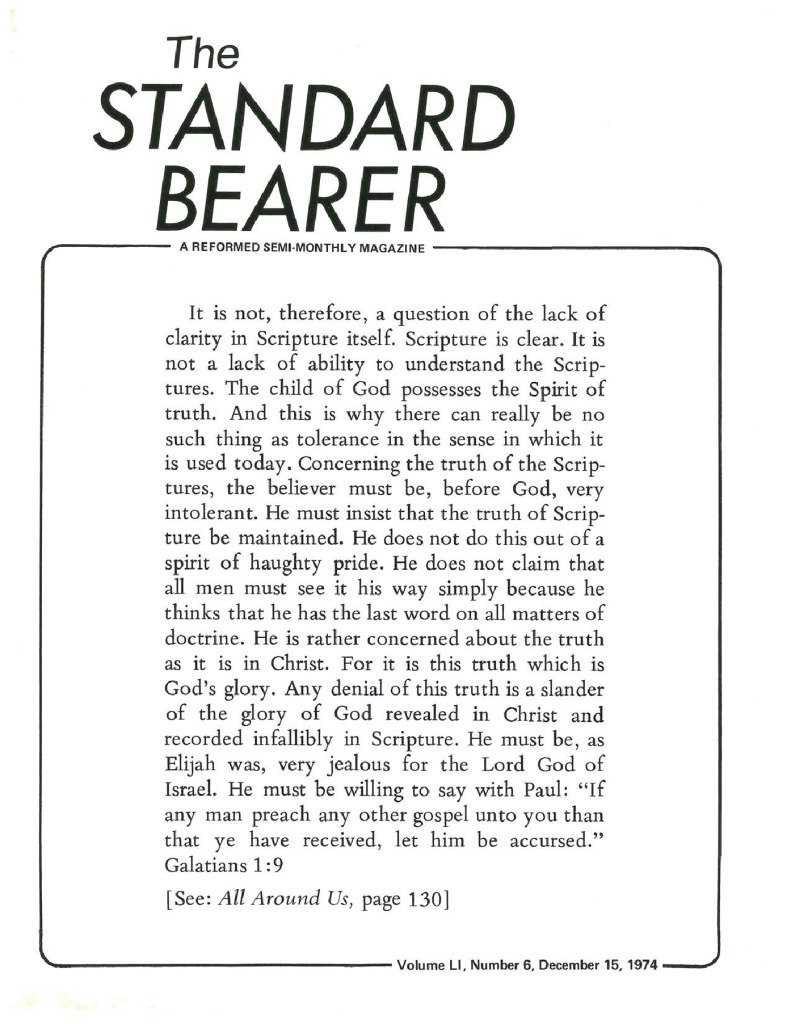