Prof. Hanko preached on I Timothy 3:15b, “. . . the church of the living God, the pillar and ground of the truth.” Immediately after the sermon, the nineteen families which were to become the new church’s charter members, presented their membership papers. Rev. Van Overloop, assisted by a couple of elders from Hope Church, presided during the conduct of the necessary business. An open election was held for the office of elder and deacon. Three elders were chosen: Herman Schipper (vice-president), Gerrit Vanden Top, and John VanBaren (clerk). The two elected deacons were Franklin Block and David Ondersma. After the election, Rev. VanOverloop read the form for ordination, and the new officebearers were officially installed. After the organizational meeting, the doxology was sung by all present, and Rev. VanOverloop pronounced the benediction. Most of you who are reading these lines were not able to be present in Hope Church on that memorable occasion. Neither was this writer. But we can, I think, sense some of the excitement, even from a second-hand account. To quote from Southeast’s February 25 bulletin, “may God be praised for this token of His loving kindness!”

I could probably pass on a couple of related items of interest. The new church began, as we mentioned, with nineteen families on the charter member list. Of these nineteen, ten came from Hope, four from Hudsonville, three from First, and two from Southeast. And, we’re told, the papers of two more families will be received, shortly, from Hudsonville. The new church includes, already, thirty-four young children; and no less than three baptisms will take place in the first few weeks of the church’s existence.

The congregation plans to meet temporarily in the—auditorium of Jenison Christian Junior High School. The consistory has asked the Classical Committee for a Counselor, and for classical appointments. Their first church service (Sunday, February 25) was led by Professor Hanko. Seminarian Joostens led the evening service on that day.

Suggestions for a name for the new church were to have been dropped in the collection plates on Sunday, March 4. And a trio for minister will probably have been announced before these lines appear in print. So, perhaps in our next issue we’ll be able to provide some additional information.

Classis West was scheduled to meet, as you know, in South Holland on March 7. I understand that there was a Ministers’ Conference planned for Tuesday, March 6. The ministers and elder-delegates of Classis West were to arrive in South Holland a day early; and the ministers, professors, and the seminary and pre-seminary students would join them from the east. Activities were to include a 9:00 A.M. paper on “Pentecostalism,” presented by Rev. Decker, and followed by a discussion period; a 1:00 P.M. paper on “The Power, Work, and Fruit of the Holy Spirit,” delivered by Rev. Van Baren, followed, again, by a. discussion period; and, to cap it all, a dinner together in the evening.

It seems that all of the Protestant Reformed ministers would be present at that Conference, except for Rev. Heys and Rev. Lubbers who are laboring in Jamaica, and Rev. Veldman who, you recall, has been sent by the Mission Committee to try to lay the groundwork for a Protestant Reformed Church in Florida.

I’ve just noticed that some of the bulletins in my reserve box are beginning to turn a little yellow. Perhaps I ought to do a little box cleaning.

How about this, from a September bulletin from First Church? The highlight of the annual church picnic was, of all things, an ox roust. Cooked all day, on a turning spit!

And from a June bulletin of Hull, we learn that the annual 4th of July picnic was a joint affair, including all three of our Protestant Reformed Churches in that area.

One more, yet. An announcement from an October, Southeast bulletin, indicates the formation of a new society—a Senior Mr. and Mrs. Society. With that, the announcement continued, “we will have a society in this chur.ch for every teenager and adult. Let everyone resolve to join with the society of his choice, and then resolve to faithfully attend.” 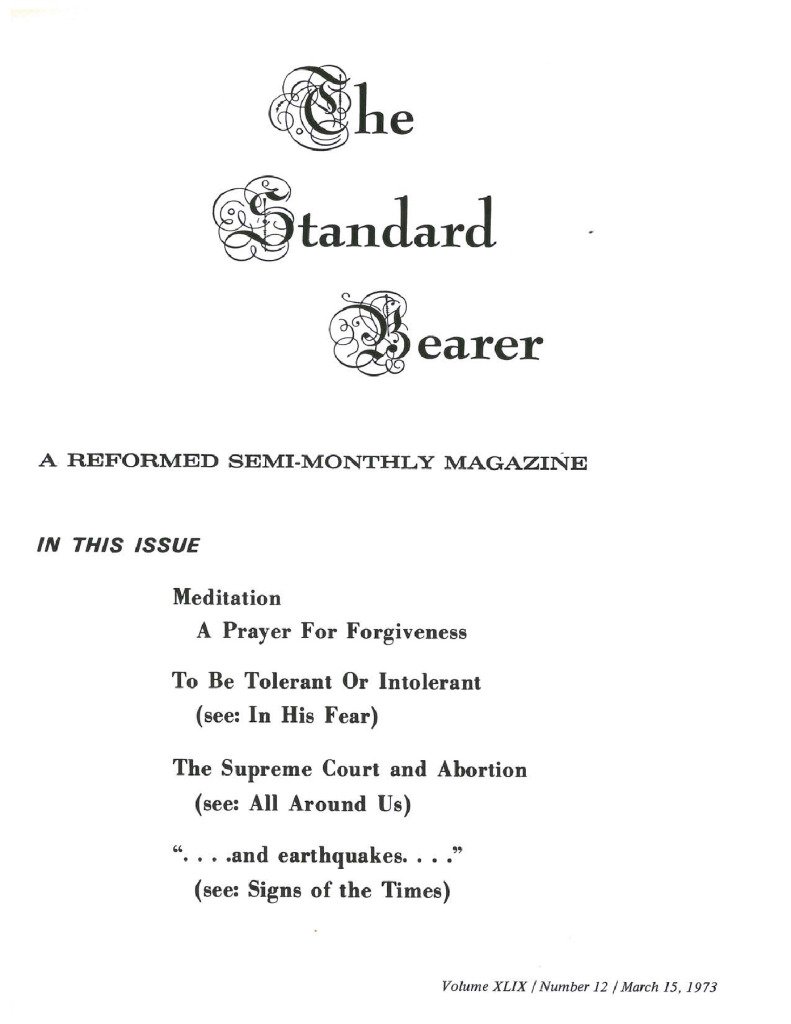