Can you guess which type of animal I am thinking of? You may not have known that sometimes their owners race these animals. They often live to be 18-20 years old and often deliver one young per year. Sometimes they can reach a mature weight of 800-1,100 pounds. Most often they are slate grey in color. Answer later in this column.

On March 3 Rev. W. Langerak, pastor at Southeast PRC in Grand Rapids, MI received the call from Trinity PRC in Hudsonville, MI. On March 24 Trinity received the blessed news of his acceptance.

Also on March 3, Rev. J. Laning, pastor at Hull, IA PRC, declined the call extended to him by the congregation at Lacombe, AB, Canada. Her Council then submitted a new trio: Revs. E. Guichelaar, M. McGeown, and M. VanderWal. On March 24 Rev. Guichelaar re­ceived the call.

Rev. Carl Haak, pastor at Georgetown PRC in Mich­igan, had been considering the call extended to him by the Grandville, MI PRC to be a minister-on-loan to the CERC in Singapore. On March 11 Rev. Haak an­nounced he was led by God to decline this call. From a new trio of Revs. J. Engelsma, G. Eriks, and C. Spronk, Rev. Spronk received this call on March 24.

Prayer Day services were held Wednesday, March 13, in most of the Protestant Reformed Churches, while others held theirs in February.

From Byron Center PRC’s bulletin we find this sig­nificant item: “There will be an informational meeting to investigate the startup of a daughter congregation on Tuesday, March 12 at 7:00 p.m. at church. Agendas are available today in the fellowship hall on the table by the mailboxes.”

Advance notice: Why do we use the King James Ver­sion (KJV) of the Bible? What errors are found in other versions? Please reserve Thursday evening, May 9, for a presentation at Calvary PRC in Hull, IA on the KJV.

From the Hudsonville, MI PRC bulletin: “Great Es­cape Night: The Activities Committee will be hosting a “Great Escape Night” on Friday, March 15 at church. This is for all adults high school and older. You will be divided into teams in which you will be solving and finding clues to race against the clock and try to be the fastest to escape the room. There will be many differ­ent topics including science, Bible trivia, literature, and even baking! Cost is $10 per person and space is limit­ed! Sign up in narthex today!”

Parsonage lawn make-over! Beginning with the use of two sod-cutting machines on Thursday March 21 and March 22 and then hauling away of old sod on Saturday March 23 in dump trailers. People brought shovels and rakes, etc.! That’s what they did in Lynden, WA recently. Sounds like a grand plan! Quite the project too.

Members from Crete, Cornerstone, and Peace choirs plan to present the Easter cantata “Hallelujah, What a Sav­ior” on Sunday April 14 at 7:00 p.m. at Peace PRC. The songs and narration beautifully tell of our victorious Savior.

In the great northwest of Iowa, the “Hundred Year Flood” occurred in 2014. Folks in these parts had never seen such torrents before. Now, they have experienced the “Hundred Year Flood” three times in five years, including this March. The town of Doon, Iowa was enterable only from the east, with roads in all the other directions covered by water, raging seas of water. A few miles downstream, the town of Rock Valley evac­uated many of its residents. As with all floods, the wa­ters abated and those affected tried to return to normal. We think of the verse in Proverbs 21 that states: “The king’s heart is in the hand of the Lord, as the rivers of water; he turneth it withersoever he wills.”

Dordt400! April 25-27. Trinity PRC. The seminary-sponsored conference celebrating the 400th anniversary of the Great Synod is approaching! Please make plans to come to hear important speeches, see displays of 400-year-old artifacts from Dordt, learn the winners of the writing contest, and meet friends of the PRC coming from at least 10 different countries! Speakers are our seminary professors; Revs. B. Huizinga and W. Langerak; and Rev. A. Stewart (CPRC NI) and Rev. M. Shand (EPC Australia). Trinity PRC, in Hudsonville, is our host. The conference will be live-streamed via Trinity’s website for those unable to attend. For more, see Dordt400.org

The annual Western Young People’s retreat is planned for July 16-19 in Spokane. This year’s retreat will be at Camp Sanders, Idaho, same location as last year. Reg­istration information will be coming soon.

The CCHS choirs presented a joint concert with the choir from Heritage Christian High in Dyer, IN on Thursday, March 21, at 7:00 p.m. at Crete PR Church. Also, on Friday evening, March 22, the CCHS Choirs gave a concert at 7:00 p.m. at Fourth Presbyterian Church in downtown Chicago! It was well worth the trip to hear the choirs in this century-old cathedral at the end of the Magnificent Mile!

The Adams Christian School Foundation will be holding its 30th Annual ACS Foundation Golf Scramble on Monday May 6 at Egypt Valley CC. Registration is scheduled to start at 12:30 p.m. followed by the shotgun start at 2:00 p.m.

In Lynden, WA the notice read this way:

CCS Ladies Aid Dinner: It’s a Spud Fest! The Ladies Aid is planning a baked potato dinner with all the fixings, this week Friday, March 8, at the school. Serving times are from 6:00 to 7:30 p.m. After dinner, it’s games! Bring your favorite board game to play, sign up for the Baggo tournament, or just be a spec-tater. There will also be activities for the small fries. Hope to see you there!

Information for the 2019 PR Scholarship Fund es­say competition is now available. Prospective ministers and teachers should email prcscholarship@gmail.com to receive the essay topics and submission requirements. Completed essays must be submitted by May 31st.

The carabao is a type of water buffalo native chiefly to the Philippines, and also introduced to Guam. I have never seen one move at more than a walking pace, but am told some pull carts in special races. Known also as the “Philippine Tractor,” they are essential for Filipino farmers. Three percent of them are albino. They often eat water plants and rushes, or prepared fodder. The carabao is mostly a docile animal, but has great sickle shaped horns that curve backwards toward its neck. I remember a photo long ago of missionary Rev. R. Smit riding a carabao. I had that chance once and declined it—my one regret from a trip to the Philippines. 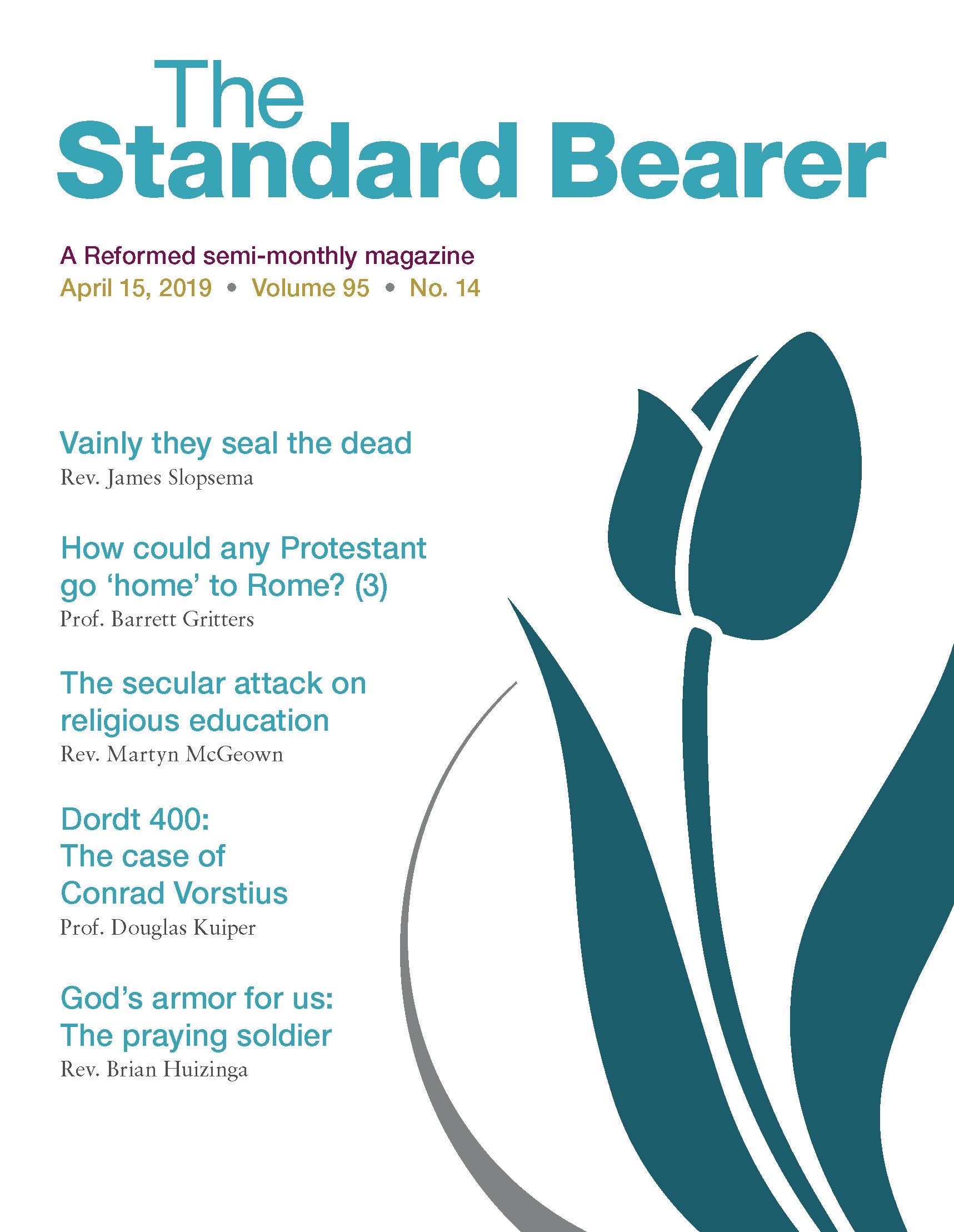