On September 20, 2017 Rev. Douglas Kuiper was installed as a professor in the PRC seminary. Including the current professors, how many men have held that position and taught in our seminary throughout its history? Answer later in this column. Young adult activities Hope PRC in Redlands, CA will be hosting a Young Adults’ Retreat this summer on the dates July 2-5. Registration opened online on March 1. They, and the young adults who will attend, look forward to a great time of fun and fellowship!

The Young Adults Bible study group at Byron Center, MI PRC invited the Jr. and Sr. Young People to a special joint meeting after the evening service recently. Prof. D. Engelsma was invited to come and speak on the topic of complacency. This was to be a discussion with the opportunity to ask questions. All were encouraged to join in and give some thought to questions regarding complacency in the church today.

The Activities Committee of Hudsonville, MI PRC hosted an open gym night for adults out of high school and older at Hope School on Friday, March 23. Many came to enjoy volleyball, spike ball, basketball, and 9 Square along with refreshments and snacks.

On a Saturday in early March the congregation of Grace PRC in Standale, MI held a cleaning bee to clean their new auditorium and addition. Some of the things needing cleaning were doors, walls, windows, carpet, trim, etc. Now they can enjoy and appreciate the new addition, which they did on Sunday, March 4!

The congregation there also has opportunity to camp this August at Dutch Treat Campground in Zeeland—reservations were coming in.

The Reformed Witness Committee of the five Siouxland area churches met in Edgerton, MN on February 19, at which meeting new officers were elected. This body is responsible for airing the Reformed Witness Hour broadcast on radio stations in Sioux Center, IA and Pipestone, MN, as well as sponsoring the Young Reformers Bible Study on Wednesday evenings at Dordt College. The five local congregational evangelism committees cooperate in other joint ventures, such as annual lectures, while also working on individual projects in their own churches, such as summer Bible camps and outreach Bible studies. There is much “behind the scenes” work that often goes undetected. We thank evangelism committees such as this one wherever they labor! May God be glorified by their efforts! And let’s not forget to support these efforts financially, as we have opportunity to do so.

CCHS Foundation assists Covenant Christian High School (Grand Rapids, MI) in providing our children a distinctly Reformed education. You are hereby encouraged to support this cause at “Taste of Covenant X,” Thursday, April 19, at Hudsonville PRC. Punch bowl is 6:30 p.m., with dinner following at 7:15 p.m. For details, to make a reservation, or sponsor a table, you can contact Dewey Engelsma at (616) 635-6147 or by email at dengelsma@hotmail.com.

Rev. Brian Huizinga was led of the Lord to decline the call extended to him from Calvary PRC in Hull, IA. The new trio is Rev. A. Brummel, Candidate J. Langerak, and Rev. Jon Mahtani.

Classis East reconvened for unfinished business on February 28. Minister-elect David Noorman’s classical exam was also scheduled for that day in Hudsonville PR Church. After opening devotions, he preached his specimen sermon and his oral exam commenced after the sermon was approved. The brother unanimously sustained the examination. The consistory of Southwest PRC held a special worship service for Wednesday, March 7, at 7:00 p.m. for the purpose of the ordination and installation of minister-elect Noorman. Prof. R. Cammenga led the worship service and conducted the installation. Classis West met March 7 in Loveland, CO PRC. Delegates to Synod were chosen.

In our Canadian churches, Family Day coincides with President’s Day in the United States. The young people at First PRC of Edmonton, AB hosted their annual pancake breakfast that morning. Delicious pancakes, sausage, eggs, and rolls were a great way to start the day, with proceeds assisting the young people who plan to attend the PRC Young People’s Convention and Retreat.

The Western Young People’s Retreat, hosted by the Lynden and Spokane young people, is planned for July 2-5, 2018 at Camp Sanders in Tensed, ID. There will be plenty of camping and cabin possibilities for families at this new venue. More information regarding registration will be coming soon.

The Classis of the Protestant Reformed Churches in the Philippines met Monday, February 26 in the Maranatha PRC in Valenzuela City. The delegation from Doon PRC and the Foreign Mission Committee, on their annual trip, were privileged to attend this meeting. Those delegates were Rev. Cory Griess along with Joel Van Egdom, accompanied by his wife Michelle. The next Classis meeting will be held in June, D.V. 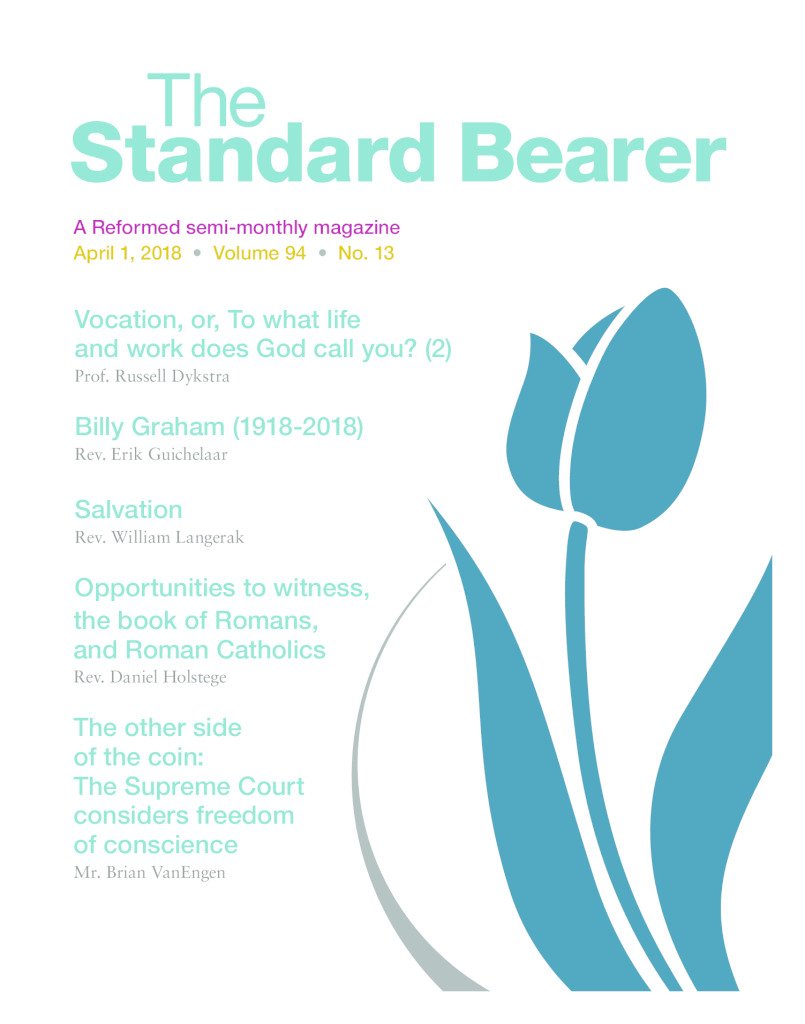