There is currently in circulation in the PRC a blue spiral bound book entitled “Survey of PRCA Consistories and Congregations: The Psalter.” Do you know how many songs are in it? Answer later in this column.

A Reformation Day Conference was held October 31 in Provident Christian Church in Marikina, the Philippines. The theme: “Reformation 500, the Anniversary” was to be expounded by speakers Revs. D. Holstege, D. Kleyn, and R. Smit.

On October 1 Rev. Richard Smit accepted the call of Doon, IA PRC to be the third missionary to the Philippines. Rev. Smit’s installation in Doon has been approved for November 26 in the morning, and he will preach his inaugural sermon in the evening, D.V. We are thankful to God for sending another man into this abundant field of labor! The Smits hope to move in late December.

A delegation of the Contact Committee of the PRCA visited the PRCP in the Philippines as well as the CERC of Singapore October 26 through November 6. The delegation of Rev. Richard Smit and elder David Kregel continued the CC’s work of establishing a sister relationship between the PRCA and PRCP and of doing church visitation with the CERC.

Covenant Evangelical Reformed Church of Singapore recently celebrated her 30th anniversary as a congregation. We congratulate our sister on her significant milestone and pray that she may continue to be a shining example of the Reformed faith in that far-away land.

A farewell supper for Rev. Ronald Hanko and his wife Nancy was held in Lynden, WA PRC on October 14 with a program following. Rev. Hanko preached his farewell sermon on Sunday, the 15th of October. May God continue to use Rev. Hanko for the good of the churches also in his retirement.

On October 22, Rev. Andy Lanning of the CERC of Singapore accepted the call from Byron Center, MI PRC to be her next pastor.

As Rev. R. Smit has committed to taking up the labors in the Philippines, First PRC of Grand Rapids, MI announced the new trio of Revs. A. Lanning, B. Huizinga (Redlands, CA), and C. Griess (Calvary, Hull, IA).

The 2017 PRTI Teacher’s Convention was held October 19 and 20 at Adams Christian School with over 200 teachers from around the country in attendance.

Work has been done at the newly purchased property in Indiana by Peace PRC. Dirt work and drainage work along with seeding of new grass is accomplished. The siding on the church building has been removed and Tyvek plastic installed. The first layer of asphalt is down, with another layer anticipated in the spring. The building will have all new windows and doors and will be like new when the remodel is complete. The Bible study kick-off supper was held at the “new” church in October. Exciting times for Peace PRC!

All women of the Siouxland area churches were invited to attend the Fall Ladies League held at Calvary PRC in Hull, IA on October 24. Rev. Cory Griess spoke on “Katharina Luther: Encouragement from a Woman of the Reformation.” An offering was received for Protestant Reformed Special Education. A dessert luncheon followed the program. Women of all ages were invited to come and join together!

On October 13, the Evangelism Committee of Trinity PRC in Hudsonville, MI sponsored a speech by their pastor, Rev. Nathan Decker, entitled: “Living Wisely in a Digital Age.” Missed the speech? You may find it on Trinity’s Sermonaudio channel.

Classis East met in special session on October 18 at Georgetown PRC to examine Pastors-elect Justin Smidstra (Holland PRC) and Joseph Holstege (Zion PRC). After classical approval, installation and ordination services were held for Pastor Holstege on October 20 and Pastor Smidstra on October 24. We are thankful to God for guiding these young men to this point in their lives and ministries! May He continue to bless them as they take up their labors to His glory!

There are 42 songs in the sample Psalter Revision booklet, covering Psalms 73-89 and present-day Psalter numbers 201-243. Each family in the PRCA should have one. You should be using it so that you might complete the survey form in the back of the book. Many congregations have scheduled and are scheduling Psalm-sings so that they might become better informed about the survey sample. There are significant changes. Some of the present Psalter numbers have been removed, or have been transposed into a lower key, or have had their words fitted to new tunes. Synod has chosen to inform the congregations regarding the work of the Contact Committee to revise the Psalter. Families and single members will return separate surveys to their consistories. Then the consistories will each complete a survey of their own based on those findings. This work is to be completed soon. More trivia next time.

Also, survey results regarding surviving original PRC members are coming in. More on that soon. 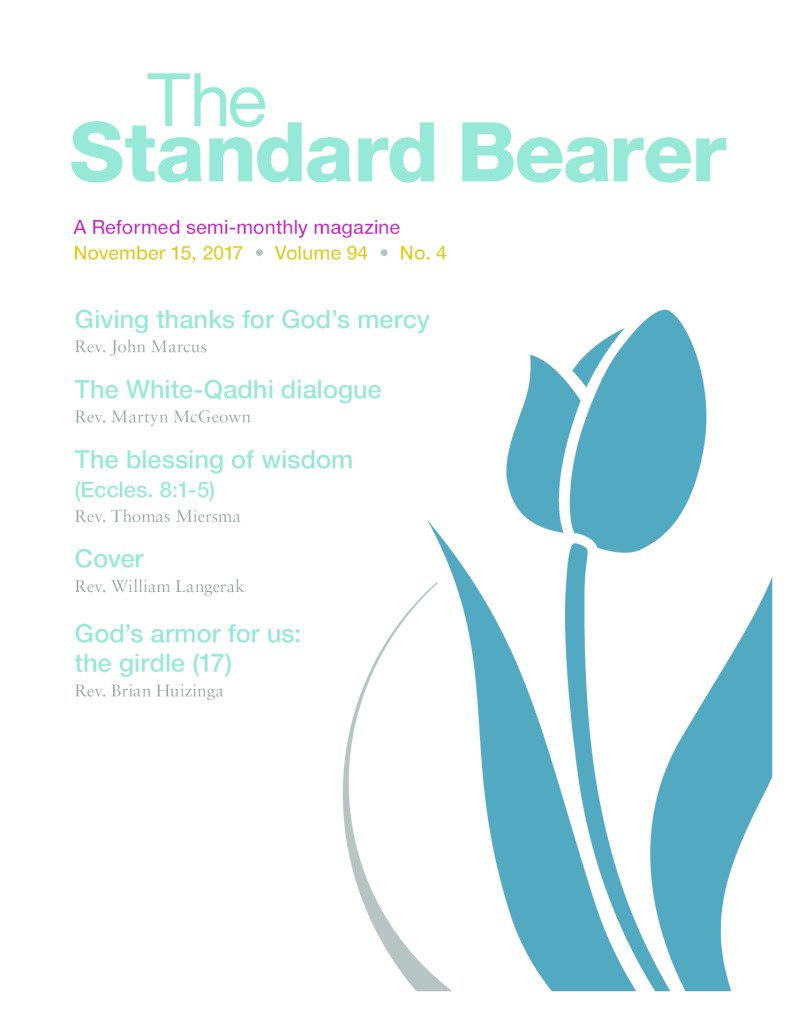