Once upon a time there was a Protestant Reformed congregation whose members all lived in one U.S. State and their church building was in another State. Do you know what town they worshipped in? Answer later in this column.

Classis East noted with thanks the work of its former stated clerk, Mr. Jon Huisken, for his faithful labors over the past 40 years.

The annual Synod of the PRC convened June 13 in Hudsonville, MI PRC. A large and weighty agenda was to be treated by the delegates. Seven students underwent examination, with all gaining synod’s approval.

Our three seminary professors are approaching the age at which they must be replaced. Synod 2015 decided that Synod 2017 should appoint a replacement for Prof. R. Dykstra, and Synod 2019 and 2021 for the other two professors. The Theological School Committee recommended that Synod 2017 appoint a replacement from a nomination of Revs. G. Eriks, D. Kuiper, and A. Lanning. Synod chose Rev. D. Kuiper, with Rev. A. Lanning as alternate. If both men decline, next year’s synod repeats the process.

For more of this year’s synod and its decisions, read Prof. R. Dykstra’s editorial in this issue and visit prca.org for the daily reports on synod’s actions.

The Council of the Edgerton, MN PRC held a special congregational meeting after their Ascension Day service, deciding to replace the main level windows in their parsonage.

The congregation of Heritage PRC, Sioux Falls, SD voted to replace all the shingles on the church building soon with monies from the Building Fund.

The Western Michigan All-Schools Band Concert (including band students from Adams, Covenant CHS, Heritage, and Hope) was held in the new Hudsonville HS Auditorium in late May. Many joined the bands in praise to God as they concluded another school year!

The Hope PRCS held a Work Bee recently with volunteers working on the ceiling, renovating the landscaping, and cleaning and organizing the bus barn.

Genesis Protestant Reformed School in Lacombe, AB, Canada completed its tenth year of covenant education in June! In celebration and thanksgiving for this milestone all school supporters were invited to a Tenth Anniversary Program on June 5. There were special numbers from the school children, a slideshow, a few short speeches, and a display table set up. Dessert and refreshments followed. It was a joyous evening of reflection, praise, and gratitude to God for all His bountiful gifts!

Rev. Ronald Hanko, pastor in Lynden, WA PRC underwent surgery in mid-May, occasioned by a growth on his appendix. The surgery was lengthy and termed successful, and recovery will likely take months. We pray that the Lord who gives and takes health will grant that recovery. Rev. Arie denHartog helped the congregation in Lynden, WA for more than two months. Pray for the Hankos and the Lynden congregation during this difficult time.

The regular meeting of the Classis of the PRCP convened June 12 at the Berean PRC.

Missionary-pastor Rev. Daniel Kleyn reports the rainy season has begun, with high humidity and often an inch of rain per day.

The tiny congregation whose members lived in South Dakota worshipped in the small town of Forbes, North Dakota, a stone’s throw north of the SD/ ND border. The following is taken from a Forbes centennial book:

The Ebenezer Reformed Church had its beginning in December of 1956 when seven families separated from the German Reformed Church in Leola, South Dakota. They were seeking a purer teaching and manifestation of Reformed doctrine. This small group existed as an independent body for a time under the leadership of Rev. H. Mensch. They met first in the parsonage basement in Leola and then in a small schoolhouse located three miles south of Forbes. When the Rev. Mensch left the group in the summer of 1957, they continued their meetings with the help of Rev. G. Lubbers, Missionary in the Protestant Reformed Churches of America. During much of this time, they met in a schoolhouse located about seven miles west of Frederick, South Dakota. In June of 1960, this group was admitted into the Protestant Reformed Fellowship and became the Ebenezer Protestant Reformed Church. This group, along with a sister church in Isabel, South Dakota, tried without success to obtain a minister. In October of 1965, they obtained the church building from the Lutheran congregation of the Free Lutheran Church near Ashley, North Dakota and moved it to Block 2, Lot 9 and 10 in Forbes. At this time there were eight families and several individuals in the congregation. In July of 1966, disaster struck in the form of a tornado which moved the church off its foundation and damaged it extensively. The members of the congregation met temporarily in the Forbes gym while repairing the damage to their building. By the end of August, they were back in their church, though the steeple was never replaced. For many years, the congregation continued to meet, although they were without a pastor of their own. They received occasional visiting pastors as well as summer seminary students. The membership of the congregation dwindled slowly until it reached three families and a few individuals. Finally in October of 1973, their call for help was answered, and in February of 1974 Rev. Mark Hoeksema became their first pastor. He remained in Forbes until July 1976.

Shortly thereafter the congregation in Forbes disbanded. The church and furnishings were sold to a nearby Hutterite colony. Rev. Rodney Miersma preached the last Sunday service in Forbes, in the home of one of the members. Members of the congregation sold their farms and moved to Loveland, CO, Isabel, SD, and Grand Rapids, MI. “Their love for the truth was greater than the love for their farms.” Their older organ ended up with Rev. Miersma, the newer one in the church at Isabel, SD, and the communion set went to Trinity PRC in Katy, TX. 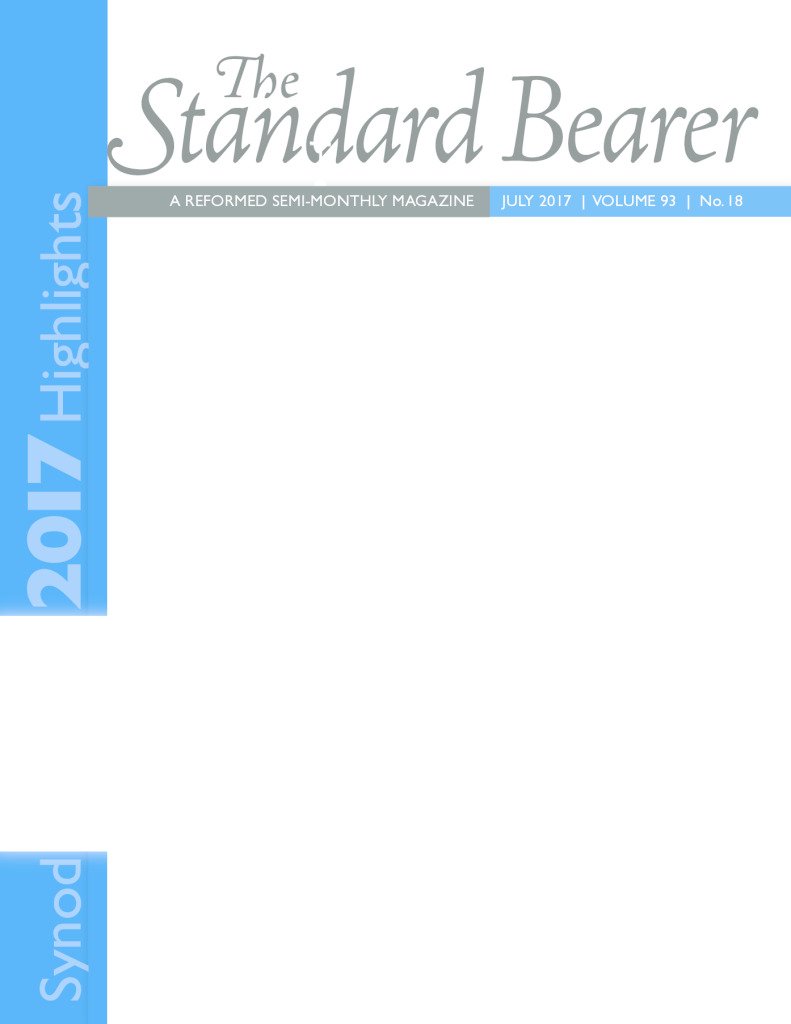